Jarrod Gorbel is someone I used to college with. Even back then, you could tell he had a certain star quality. After spending time in the breeding ground of creativity known as New York City’s Antifolk scene, the Long Island native formed The Honorary Title, who released two successful albums of powerful, heart-on-your-sleeve rock music and toured the country with Dashboard Confessional. Since 2009, Gorbel has forged his own path, and has just released his debut solo album, Devil’s Made A New Friend. To hype the record, he’s recorded a series of D.I.Y. videos with friends like Nicole Atkins and Portostatic violinist Margaret White. Gorbel shared his thoughts about the term “emo,” his songwriting method, and more.

Why did the Honorary Title split up?

It wasn’t so much a split, more like the end of that musical endeavor. THT started as just a moniker for my solo stuff years ago, but then evolved into a band, the lineup within the band changed quite a few times, but remained solid for a two-year period leading up to the WB release ‘scream and light up the sky’, after then it got mixed up quite a bit again. Going solo again seemed like a good way to introduce the latest batch of songs I had written and just have a fresh start.

How does it feel to be a solo act again?

I find being a solo artist a lot less stressful personally, maybe it’s the strong desire to be in control over everything, or maybe it’s the ease of just heading out alone with a guitar. I think Pee-wee Herman said it best; “I’m a loner, a rebel.”

What’s the idea behind the video series?

The video series was devised just to introduce fans or potential fans to the new songs that will be on the record, but in a stripped down format and in various locations around New York City. We shot one in a cab, one in Central Park, a church,  a rooftop, etc. I always enjoyed catching my favorite bands live and seeing them play new songs. This way, by the time I bought the record, it wasn’t completely alien to me. Having some musical guests and friends like Nicole Atkins helped spice it up.

What’s the story behind the album title?

What’s a song on the new album you’re particularly proud of?

“I’ll Do Better.” I wrote it so quickly compared to other songs on the record, and the message is so simple. It means something to me personally, of course, but I think it’s written in a basic enough way that it can take the shape of many other perspectives. I typically have trouble communicating without flooding the page with words.

Are the songs and music much different from the Honorary Title?

The new songs compared to THT, I feel, are a tad more mature, as I hope would be the progression. Vocally I remained where I’m most comfortable. On this record, the songs really didn’t change much from the way they were conceived in my apartment; instrumentation was built around my performance acoustically and vocally, whereas on the last THT record, things were put together in more of a band format.

I typically write songs in different parts. First, I accumulate lyrics on my computer, scraps of paper, my phone, then I come up with progressions on the guitar or piano at home. I come up with melody/vocal lines in my head, take them home and come up with a progression to fit those lines. I do also come up with everything at once, it all depends. I, of course, then record the ideas, and listen excessively to see what sticks, what I think is worth keeping.

The best gigs are the ones where the audience is quietly respectful yet energetic and excited. Sometimes the best shows might be tiny just cause there’s this level of comfort between the audience. The biggest show I ever played was a festival in the UK many years ago.

You used to play at the Sidewalk Cafe in New York City a lot, before you started making records. Did you take anything away from the Antifolk scene?

The Sidewalk Cafe was the one of the first places I used to play in New York City. I had tried a few open mics before that but this was the one that I connected the most with. It was such a cool and eclectic mix of weirdos and freaks, I think partially because of its East Village location at the time.

Do you consider your music to be emo? What does “emo” mean to you?

I don’t consider my music to be emo, as people these days use the term. It’s typically associated with 5th-rate pop punk bands who sing about love. In the late ’90s it was associated with cooler bands like Sunny Day Real Estate and The Promise Ring. Of course my songs are sappy and flooded with emotions, but the way the term is tossed around these days, it’s hard to link myself to it.

Who do you think is an underrated lyricist?

I actually think Brandon Flowers is a great lyricist, but Ben Gibbard is one of my faves.

What’s a lyric you’ve written that you’re particularly proud of?

“How’d I become everyone that once abandoned you?” 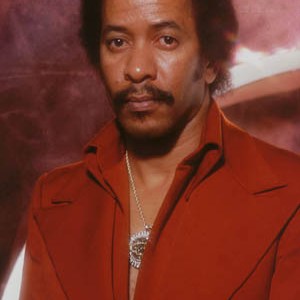 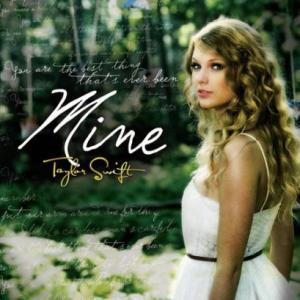