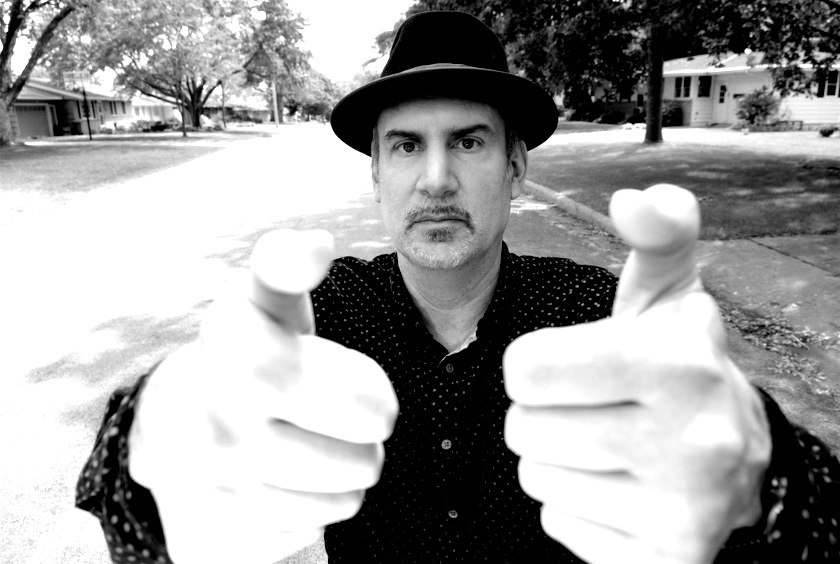 LA-based singer-songwriter Peter Himmelman is a busy man. When he’s not recording introspective and witty solo records, like The Mystery and The Hum, out September 14 on Himmasongs Records, he’s writing music for kids, scoring music for television, and hosting an excellent UStream variety show, Furious World. We talked to Himmelman about finding divine inspiration.

You wrote the songs for The Mystery and the Hum in two weeks and cut them in three days. Do you usually work that fast?

Yeah, it seems like I’ve developed an ability to compress time in a sense. For a long while I’ve been involved in so many things, both from a creative standpoint and as a husband and a father. What it comes down to for me, is being able to focus on whatever I have going on at a given moment, to the exclusion of everything else. The three full days in Minnesota actually represented a fairly good stretch of time.

What accounted for the burst in creativity?

On a practical level, I’d been doing a lot of film and television scoring and I did most of this writing during the imposed hiatus of the screenwriter’s strike that was in place at the time. On a more emotional level, I’d been impacted by the fairly recent death of my younger sister in a car accident. The ending of a life of someone as young as my sister, whom I loved a great deal, did a lot towards focusing me on pulling things down from the ether in a sense… the need to make raw ideas manifest.

You’ve talked about how you work best when there’s a high possibility for failure, how has that changed your approach to writing? Do you plan on putting similar time constraints on yourself for the next album, too?

I’ve found that it isn’t necessarily “time constraints” that are helpful. What I do find necessary is something I talk about a lot to aspiring writers. It’s what I call, specificity of need. When there’s a broad sense of “wanting to be famous” or having a hit song, that usually shuts down the muse. But when you say to yourself, something very specific, such as, I have a gig next week and “wouldn’t it be cool to open the show with something new?” Or… “It’s Mother’s Day tomorrow and I just thought it would be nice to write something for my mom.”

For me, there are two important things contained in those ideas. One is the ability to see the effect the song will have. It’s not nebulous (like the idea of “being famous”) in fact, it’s very specific. Playing the new song at the show and playing the new song for your mom –- of course, these are just random examples. The other important thing is that you’ve imposed a kind of time limit on yourself. Not that the sands of the hour glass are ticking away, but that you need the song to materialize soon, not at some hazy point four years from now.

For The Mystery and the Hum, you decided to work with all new musicians. What was that experience like?

It’s always a pleasure to share the experience of music making with talented new players. If I’m confident in their abilities, I’m willing to let them try whatever the inspirations are that they’ve gleaned from the songs.

What’s your songwriting process like? What comes first for you, the lyrics or the melody?

There are so many different ways of approaching songs and I like to try them all, so the only thing that’s typical about my process is that there’s nothing typical. I do need to feel some kind of solitude though. This could happen in a crowd too I suppose — just a sense of being alone in my own head.

Sometimes a piece of lyric or a title will start to stimulate melodic ideas and other times the melody may give a shape to a lyric idea. Once the song’s got some momentum — maybe a couple verses and a chorus, then it just kind of takes on the life of a snowball, collecting mass as it free rolls.

You’ve written extensively for television, how it that different from writing for yourself?

The biggest difference (besides not usually working with lyrics) is that each piece of music is in service to something other than my creative whims. There’s something very liberating about that as well –- particularly when you know you’re getting paid for writing. There’s a huge freedom in being in service to a larger whole. A scene for example, that’s sad and then say, develops into something scary, gives you a template to work with. You know exactly what the parameters are and you use your skill set to create the appropriate musical effect. On the other hand, by it’s nature, scoring for film and television doesn’t let you express your own perceptions of the world.

You also have done several children’s albums, what’s that writing process for that like?

The process is identical. No differences at all save for one. When you’re writing for kids, it’s axiomatic that you write within the range of their experience. In other words, you wouldn’t write a song in Latvian if you were writing for an English speaking audience (unless of course you wanted to confound their expectations). And even as I’m thinking about this, my mind’s racing to defy any set of dogmas that I’d apply to writing for kids.

Okay, dogma smashing aside, writing for kids is the same as writing for adults. Oftentimes (and I’m sure you’ve heard some of it) people will write things for children based on their misconceptions about what and who children are.

My experience tells me that children are actually humans –- in spite of what some people might think. In order to avoid writing obsequious kids music, it helps to bear in mind that kids are smart. Some say we were never as smart as when we were kids. The songs I write for kids are especially sophisticated. They just exist in what I believe to be their range of experience.

What’s a lyric on The Mystery and the Hum you’re particularly proud of?

I’m not fond of the word “tonight” I love the word “inflatable.”

How did you start your radio show, Furious World?

I was “between” jobs and had some time to walk and think. I thought about making these strange films about flowers and water and hair. I thought it might be interesting to take things that we typically think of as mundane and “re-mystify” them. Inject a sense of wonder into things that deserve our wonderment -but because they’re so common, we just pass them by.

A guy named Marc Jacobs, who was working for me and now produces the show, told me about this thing called Ustream where you could broadcast your own show. That idea of setting up a hologram and appearing “live” in concert had always been something I dreamed about –especially as the father of four kids. We started simply, with a web cam and horrible tinny sound. Now the show has six cameras and amazing sound.

We’ve recently started a partnership with Musicplayer network. The people who put out guitar player magazine, keyboard player…etc. It’s been a nice break for us.

I’ll give you a list in no particular order: expensive, hopeful, engaging, tiring, thrilling, boring, frustrating, wonderful, a dream, a nightmare, and an incredible challenge.

Who’ve been some of your best guests?

Is there anyone you’d like to have on the show that you haven’t?

Of course, Neil Young, Cat Stevens, Paul McCartney, Mike Elizondo, Eminem… I could just keep on typing but I’ve got to put air in my wife’s tires and get ready for the show. It’s Tuesday after all. 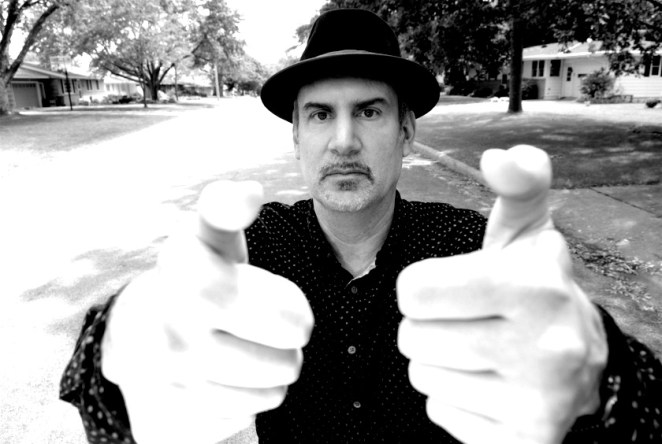 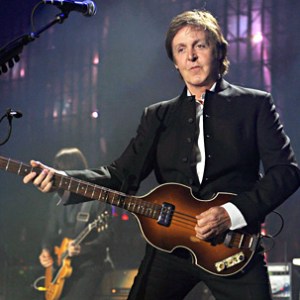 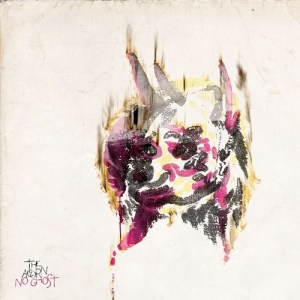