Tony Stampley received a leg up on his songwriting career by being born into the music business. His father Joe was a major country hitmaker in his own right, and Tony toured with him as a teen. Yet he earned his own niche as one of Hank Williams Jr.’s featured co-writers from the 80s onward. As a singer-songwriter, Stampley’s work contains the same kind of authenticity he brought to Williams songs like “Whiskey On Ice” (with the immortal refrain “Like my whiskey on ice/And my women on fire”) and “The Nashville Scene.”

Just last month, Stampley released the heartfelt single “Color Blind,” which was his attempt to make sense of the nation’s racial divide. “It shouldn’t be controversial,” Stampley says of the song’s subject matter. “We’re all God’s children. That’s what the song is saying. We should all look to God for peace and harmony. We’re precious in his sight, it doesn’t matter what color you are.”

He plans to include it on an upcoming album entitled Heal The World, which, he says, will include all songs with positive messages intended as a uniting force in such divisive times. Stampley, a natural-born storyteller, was kind enough to dial up American Songwriter recently and share some tales, as well as impartingthe wit and wisdom he’s been gifted from some musical legends throughout his storied career. And he also wanted to celebrate the announcement that Hank Williams Jr. will be inducted into the Country Music Hall of Fame, an honor which Stampley’s words and music played a role in achieving.

Here are some choice excerpts:

On how he managed to hit the sweet spot writing for Hank Jr., who quickly warmed to Stampley’s style:
“I listened to all the big rock bands in high school. But then everybody I knew was playing Hank, because he was kind of Southern rock. I wrote my first five songs upon moving to Nashville when I was 19 years old. He recorded three of them and he loved my songwriting. He was my idol back then. And that’s how it started, because I knew what he would want to say.”

On writing “Whiskey On Ice” with Bobby Keel (Williams Jr. would also receive a co-writing credit) despite the fact that he couldn’t yet find his way to the right chords on the guitar, and getting superstitious about it afterward:
“He (Keel) was playing it and I’d say, ‘That’s not the right chord.’ And he’d say, ‘This one?’ And that’s what we did until we got all the chords right. We knew we had something. We wrote it in about an hour. In fact, we wrote it at midnight and, for a long time, I thought I had to write every song at midnight.”

On writing the still relevant “The Nashville Scene” (with Buck Moore and Hank Williams Jr.):
“It paints a picture. That’s what Mentor Williams, who wrote ‘Drift Away,’ always told me. He stressed imagery. Let people see your writing. I always remembered that.”

On combining competing advice from some legendary figures to find the right songwriting balance:
“Hank taught me what Johnny Cash taught him about songwriting: If it don’t fit, force it. If there’s something you really want to say, jam it in there, even if it sounds like it’s a little forced, if it’s what you want to say. But Hank Cochran, who discovered Willie Nelson, taught me that less is more. I use both of those methods to this day. If I really want to say something, I’ll jam it in. But sometimes I’ll take a word or two out to make it sound smooth. Whatever works at the time.”

On how he prepares to work with other songwriters, and the importance of the collaborative spirit:
“I call it a Title Wave. I have a lot of titles to be ready for a songwriting appointment with a co-writer. But sometimes they have one idea and they think that’s it. And I’ll think, ‘That really don’t turn me on.’ ‘Well, I want to write that,’ they say. Well I guess the songwriting session is over then. I’m not trying to be rude. That’s mostly with new writers. The veterans know, well, I’ll hit you with one, you hit me with one. We’ll pick the one we love the most. And that’s how I try to do it with most people.”

On Hank Williams Jr. finally reaching the Country Music Hall Of Fame:
“I think it (the number of years before he was inducted) bothered him, and that’s why he said he didn’t care if he got in there. But I’ll bet he is so proud. And I’m so proud and happy for him. It’s long overdue. I wish brother Merle (Kilgore, Williams’ longtime manager) was there to see it happen. But he may have been a part of making it happen, looking down from heaven. I didn’t understand why they have him as a veteran and Marty Stuart as a new act because they’re about the same age. But Hank has been doing it since he’s about seven, of course.”

On songwriting, in general, and the debt he owes to his teachers:
“Songwriting is a craft like anything people do, roofing houses or paving roads. You just do it till you get better at it, and, hopefully, you get great at it and it’s just like falling off a log. But you got to start somewhere, no matter what you do. And I’ve learned from the best.” 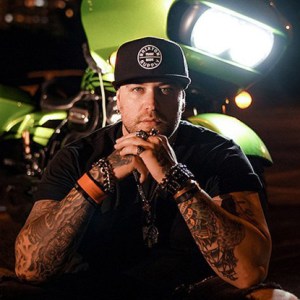 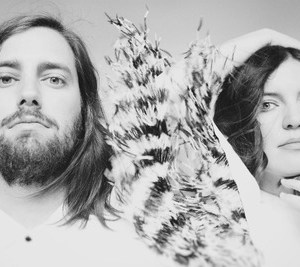