The first time Sam Grow was able to pay his light bill by playing music was when he recalls feeling like he finally made it. Hailing from a small-town Maryland, the artist was never after the glitz or glamour of being a country star. Once music became his means of making a living, everything else is just an added bonus.

Despite the less-than-ideal circumstances, this year has proven fruitful for the country artist, among the “streaming generation.” He has garnered unprecedented digital success from his first two singles ahead of his new EP, Me and Mine, his second studio release with Average Joes Entertainment. The fice-track collection was produced by multi-platinum country star Colt Ford and Grammy-winning producer Noah Gordon of Montgomery Gentry.

Knowing he would release new music following Love and Whiskey, his Average Joes’ debut in 2019, Grow and his cohorts sat down to write “something swampy.” Their process was intercepted by friendly conversation about balancing the 24/7 news cycle with their sanity.

“It’s another ‘country boy can survive’ kind of anthem,” says Grow. “It’s funny how the times develop around a song. Danny asked if we watch the news. He was puzzled when the three of us explained that we mostly watch Netflix. We described that what’s on there is not accurate to what is going on in our towns.”

He adds, “Danny thought that if he could just turn it off as we do, he would see the world differently. Unfortunately, watching some of the stuff on the news and social media will give you this predetermined mentality, even though it doesn’t have anything to do with where you are or the people around you. It’s not healthy.”

The song thematically follows suit for the artist who likes to keep to himself. His producer, Colt Ford, offered full creative liberties on Love and Whiskey to change his tune about record labels.

Grow has performed since he was 16 years old. He caught the attention of producer Matt McLure at a gig in Nashville, who brought him to a label showcase. The exhibition was a success, and he received many offers on the spot.

The only issue was that these labels wanted to dismember his backing band. For Grow, this was a deal-breaker. His backing band had become family, and there was no way he would move into the limelight without them. This misunderstanding led him to mistrust the mechanics of Music City.

Colt Ford and Average Joes were the first ones to regain his trust. They offered his artistic freedom and allowed him to live further outside of the city where he can retreat from the bustle. This EP marks a turning point for the country artist who has resisted stardom for many years. By collaborating with folks he’s grown to trust inherently with his vision, the artist delivers feel-good music at a moment of unmatched divisiveness.

Grow sees the need for his communal sound and built a platform to provide it to fans everywhere. When the walls began to close in around him in March, Grow hit the road for his “Backyards & Bonfires” tour. This pandemic-friendly means of connecting and building his audience within the States led him to consider the limitations of traditional touring.

“I don’t mean to sound ungrateful, I know I am living a million kids’ dream, but it can get to a place where you feel like a puppet,” says Grow about touring. “You do a 90-minute show, they write you a check for it, and everybody gets paid. You don’t hang out with anybody or see anything before moving to the next city, to do the same song and dance. Whereas with this, I’ll play an hour for these people, and then they invite me to ride side-by-sides or go fishing. I get to know their stories and live out here doing what I’m doing.”

As someone who’s found invention in a time of necessity, Grow believes the music industry has much to gain on the backend of this crisis, as far as perspective. The music business draws in highly-motivated individuals with an exceptional desire to explore and expand new music. While the rug of traditional means of doing business has been pulled out from under record executives and agents, the artist hopes the rebuild brings a refocusing.

“Somewhere along the way, all of that passion got lost for a dollar,” says Grow. “This pandemic has taught me what I want to do differently. What we all lost in the hustle will become important again because it has to.”

Watch the exclusive acoustic video for “Me and Mine” ahead of the EP release on October 30 below. 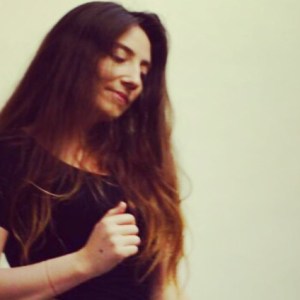 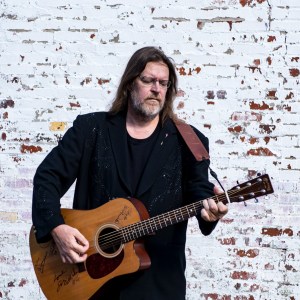