When I was a rookie songwriter, I don’t know how many times I had someone tell me “You have to write FROM your title.”  Looking back, I think that advice contributed to some weak songs. At the time, I didn’t need any help writing a weak song.

As I started to get things dialed in a little bit more, I realized that writing from my title was good advice in the sense that it’s usually helpful to have a title before you begin writing.  I almost always start with a title to this day.

When I mentor songwriters, I can almost always point out the place in the song at which they came up with the title.  Often the song will wander all over the place and suddenly start making sense when the title drops the first time.  After that, the whole song makes sense.  That lets me know that the writer was wandering in the wilderness until they stumbled onto their title and THEN they knew what they were writing about.

But, looking back, I realize that writing from my title put my title in the middle of an imaginary bicycle wheel.  I would look at that title and think of 20 different ways I could go if I started with that idea.  Then I would start writing.

The verses and bridge of my song became the spokes of that bicycle wheel emanating from that title in the middle.  The problem with that was, I could have COMPLETELY different ideas going on in the verses that didn’t really connect in any way.  They started with the same idea (my title), but they wound up in very different places.  Why?  Because they weren’t pointing in the same direction.

So, what do I suggest?  I still think of my title as the middle of that bicycle wheel, but instead of writing FROM it, I write TO it.  I want everything in my song to point to that big idea.  So, in the “writing to” model, all of your spokes are point AT the title, not shooting off away from it.

That bit of focus helps me, and many other writers write stronger songs.

I could start with that idea and head toward “people don’t want to die”.  I could wander off talking about precautions we take so that we don’t die.  Then I could talk about hospitals, doctors and nurses.  That might make me think of making sure essential healthcare workers have masks and gloves.  Do you see how I could wander off into neverland?  Those bicycle spokes are headed out into the great unknown with nothing to stop them.

If I’m writing TO my title, I have accountability.  When my ADD brain comes up with an idea about masks and gloves, I can ask myself, “Am I pointing at my title?”.  The answer there would be a hard “no”. That idea points away from my title, not at it.  It doesn’t point at my title, so it has to go.

Many people make the mistake of thinking that ANY related word helps my song.  I have also encountered the brainstorming technique where I was told to take out a blank sheet of paper, write my title in the middle and then to write down every free association word related to my title that I can think of.

While that is a great exercise, it does NOT mean that all (or any) of those words need to wind up in my song.  In the “Everybody Wants To Go To Heaven” example I gave, doctors, nurses, hospitals, masks and gloves are all related to my title.  They have to do with people dying or being sick.  They just didn’t point to my title, so they didn’t make the cut.

So, what is my process?  I start with my title.  Then I ask myself “What idea sets this title up best the first time?”  My listeners have never heard my song, so how am I going to lead them to my title so that when it arrives it is both “unexpected and inevitable” as one of my mentors, Tom Shapiro used to say?

Once I come up with my angle for setting up (pointing to) my title the first time, I think about how I’m going to set it up the second time.  Then I come up with an angle for my second verse that points to that title again, hopefully in an even more interesting way.

Once I’ve answered those questions, I have the blueprint for my song and I start writing, keeping in mind that everything I say has to point TO that one big idea for the song.  Writing to my title keeps everything in the song pointing at my title and makes my song stronger.  I predict it will do the same for you! 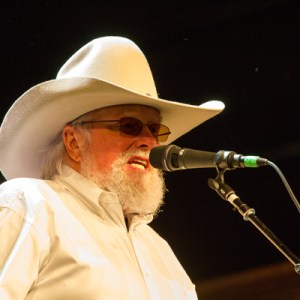 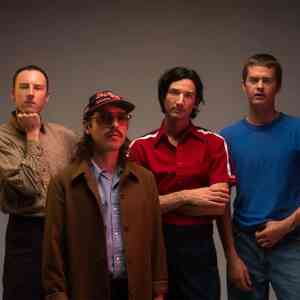