One of the questions I get most often when I mentor songwriters is “Why does everyone tell me I need to write more conversational lyrics?” While there is no “one size fits all” answer to how your lyrics “should” be written, there is a reason that people give you that advice.

When I’m having that discussion with people, they invariably start throwing out examples of poetic or clever lyrics that support their position. They will say “I want to write poetic lyrics like Don McLean in “Vincent”.  If you don’t know that song, it begins this way:

“Starry, starry night
Paint your palette blue and grey
Look out on a summer’s day
With eyes that know the darkness in my soul”

What they fail to remember is that Don actually blended poetry and conversation beautifully in this song.  The chorus goes like this:

That piece if SUPER conversational. No poetry at all. It sticks out because of the stark contrast between the verse and chorus. After that chorus, he digs right back into the poetry. Why did he switch from poetry to conversation that way? If you look at the entire lyric of the song, you’ll see that he is painting pictures in the verses, giving the listener visuals that remind them of the amazing paintings of van Gogh.

In the chorus, he does something different. He begins speaking directly TO Vincent van Gogh. And, he is saying something very intimate. For that section to be believable, it had to sound REAL. We don’t speak to people in poetry when we are baring our hearts to them.

Another example people bring up often is the clever lyric writing of Roger Miller. With titles like “You Can’t Roller Skate In A Buffalo Herd”, Roger was the king of clever (and of the road – see what I did there?).

Here is a verse from his song “Dang Me”:

Just sittin’ around drinkin’ with the rest of the guys
Six rounds bought, and I bought five
And I spent the groceries and half the rent
Like fourteen dollars and twenty-seven cents

Very clever and smart lyrics. But you wouldn’t deliver a heartfelt message with these kinds of lyrics. This works because it’s meant to be funny.

The Beatles are also known for their clever and sometimes poetic lyrics. That worked very well for them in their day. They could talk about yellow submarines and write about faces kept in jars like this:

Eleanor Rigby
Picks up the rice in the church where a wedding has been
Lives in a dream
Waits at the window
Wearing the face that she keeps in a jar by the door
Who is it for?

Which brings us to the main point of this article. Invariably, the examples people give me to “prove” that you don’t have to write conversationally are songs that were released 30, 40 or even 50 years ago. And the question they are really asking is “Why can’t I write songs like those and get them cut today?”

I’ll give you several reasons. The first reason is that most of the songs on the radio today are songs written from one person (the singer) TO another person. They are communicating how much the singer loves the object of desire, how much they miss them, or how badly they want them back. Those kinds of messages require a conversational lyric to be believable.

Another reason is that those kinds of lyrics from the past are just not in style these days. People have gotten used to and seem to prefer more conversational songs for the most part. That doesn’t mean you can’t or shouldn’t write clever or poetic lyrics. It’s just the current trend in music. If you want to get songs recorded today, then it’s worth noting.

An important point to make is that conversational is not the opposite of creative. You can still be creative while being conversational. In my song “Must Be Doin’ Somethin’ Right,” we are very conversational with the exception of one line. When we say “deep blue, need you eyes,” we are being a little bit poetic. Those five words are the only non-conversational words in the whole song and it made it sound fresh.

So, here is what I suggest. I think of “clever,” “poetic” and “conversational” as three different sets of paint.  When I choose a song idea to write, I decide which paint kit serves that idea best. If the title is one that lends itself to poetry, I paint that way. If it’s a funny or clever idea, I paint with that set of paints. If it’s heartfelt, then I use my “conversational” set.

However, I always keep in mind that what is working BEST right now in most genres of popular music is the conversational approach. If I’m thinking that my song idea might be a commercial hit type of idea, I almost always default to making it conversational and real sounding.

I hope that helps!

Marty Dodson is a seven-time, No. 1 hit songwriter who has had songs recorded in country, rock, pop, bluegrass, K-Pop, J-Pop and musical theatre. His greatest songwriting achievement is knocking Psy out of the #1 spot in South Korea with his song “Bounce”. He co-founded SongTown, the world’s leading songwriter education site, with fellow hit writer Clay Mills and is passionate about teaching people to write better songs. Visit SongTown.com for 10 free videos! 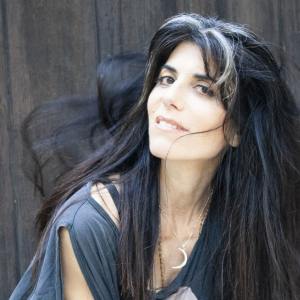 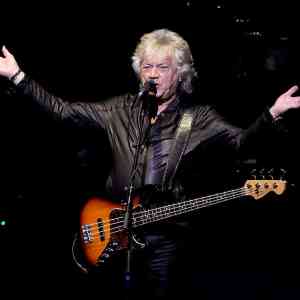