Yarin Glam has always been one to dream big, bold and brightly. Starting from early years watching American television and listening to American artists from her hometown of Arad, Israel, the now Los Angeles, California resident is running full steam ahead on new EP Realness, through the momentum of her optimistic attitude, which was set in motion years back, thanks to a CD player, MTV, and one sibling’s visible enthusiasm for American artists.

“I grew up with two sisters and one that was closer to me, would always listen to American music. We would have MTV playing in the background of the house. I had this CD player with my headphones and I would buy [so many] albums,” Glam explains.

“My sister listened to a lot of––I think her favorite was Britney Spears actually. But she would [also] listen to a lot of Beyoncé, and even Jennifer Lopez and Rihanna. And I would always be interested in the stuff she would listen to,” she adds. “It sounded so big in a sense. [T]he production, and the music videos, everything was so well put together and I was very intrigued by it.”

The grandiose musical energy of these iconic artists not only aligned with Glam’s bold life experience of traveling abroad to start a new life, but her connection to the sonic aesthetics of U.S. pop and dance music also served as a strong bastion for inner encouragement during early opportunities when not everyone believed Glam could or should speak on certain delicate but serious topics that felt important to her. “The first time I was in a studio, I was 17 and I remember I didn’t really have any artists to look up to that [were] really [speaking] about the struggles that I was going through,” Glam says.

“I was in the studio [with] producers and I was kind of scared to be like, ‘Hi, I want to talk about body positivity and stuff like that. I really want it to [explore] how we can empower women and bring that to the surface.’ [The producers] were kind of like, ‘Ah, you’re 17 and too young to sing about that.’”

Still, Glam wasn’t driven solely by the looks or hype around artists that pervaded her home in Israel. The decision to craft music of a dance, pop, and synth-shaped persuasion on Realness best reflects Glam’s commitment to staying true to oneself, as well as fiercely supporting her aspirations for erasing the negative stigma around talking about mental health struggles. “I really wanted to combine the dark and the fun parts of [the lyrics and the music] into one EP. So I didn’t want [the record] to be like, too heavy, I guess,” says Glam.

“I [suggested in the studio], ‘How about we make it a little bit more fun so people can jam to it but then they can also be like, ‘Oh wait, she’s trying to bring across a message,” Glam adds. “I really wanted my message to come across him in a way that more people can vibe to it without it being like, too much, you know, because the message[s] are heavy.”

This forethought around the importance of emotional balance was indeed well-executed on Realness, as its four tracks are equal parts gripping beats, memorable hooks, and difficult but helpful-to-hear honesty around topics relevant to taking care of one’s mental health—managing self-doubt, self-acceptance, and letting go of outside expectations. “When I was struggling the most, I would post pictures of me smiling and having a great time and people don’t understand. [I]t’s not real, most of the time. A lot of times like I was hiding like what was really going on with myself. Never compare yourself to what’s going on in social media,” Glam says.

Truthfully, even without Glam’s personal context alongside it, in listening to Realness, the line connecting this mission of personal authenticity and empowered self-confidence, to Glam’s preferred styles of music, isn’t all that hard to notice. Every one of the EP’s four tracks unfolds with crisp clarity. Furthermore, the attributes from each of the EP’s highlighted sonic attributes swirled together with effortless fluidity. Glam even makes a point to include some less conventional melodic elements within the songs, meant to pay homage to her Middle Eastern heritage.

“Before I even came into the studio I was like, ‘Okay, I really want this [EP] to be my most vulnerable, my most honest, and very authentic to me.’ I [felt] like I [could address] more [questions] like, ‘Where is she from? What is that?’, [aspects of] my authentic self, by implementing Middle Eastern instruments,” Glam explains.

“I actually found this Israeli producer, [K-KOV]” Glam continues, “and I was like, ‘Oh my God, that’s going to be perfect because, [he’s] going to understand exactly what I mean when I say I want to implement a Middle Eastern vibe into [Realness.]”

Harmonic minor tonality plays a prominent part in this aesthetic across the EP, as a flute plays one such motif in the title track and supporting string harmonies do the same in final track,“Unbothered,” for example. “We brought in a person that play[ed] live instruments, so he played flute to bring like that Middle Eastern vibe to life.” Regional percussion also colors the timbre of Realness‘ very lush EDM character, providing some nice differentiation where generic drum kit machine beats could otherwise likely go.

In this way, the EP projects audible, unwavering consistency across every piece, not once leaving the listener to doubt if Glam truly felt comfortable with the artistic choices she and producers K-KOV and Brian Kennedy —who worked on the EP’s first three and fourth tracks respectively—made. In fact, knowing Realness was forged between two producers but nonetheless manages to convey Glam’s artistic and conceptual visions with such singularity, makes the cumulative seamlessness of its listening experience all the more impressive. Realness, being a project of such serious purpose, while also being incredibly catchy and sonically strong, is a sign of how well rounded of an artist Yarin Glam is, and that she knows what she wants to achieve.

“I really wanted to tell a story within this project,” Glam affirms.

“I’m happy like with this, you know? Like, the time that we all were stuck at home, more of us [came to understand] the importance of mental health. I see more and more people talk about it now and I think it’s amazing. [I]t’s so important and I hope with the [Realness], I can really start raising more more awareness.” 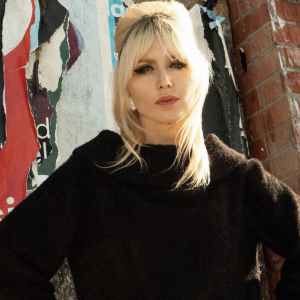 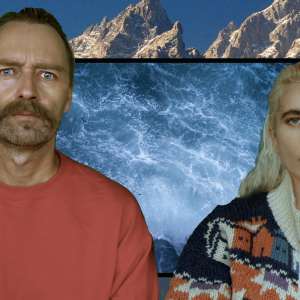