Initially written as a joke when Kate Clover and Crocodiles’ Brandon Welchez sat around playing the guitar, “Love You To Death” came together rather quickly. “It made us laugh, so we fleshed it out within an hour,” says Clover of the track, off of the Los Angeles rocker’s upcoming debut, Channel Zero EP, also co-written and produced by Welchez, out summer 2021. “The recording process was just as fluid and fun.”

Recorded at Vesubio Studio in Mexico City, Johnny Davilla of Davilla 666 also offers some backing vocals in the chorus. “Before he sang his part, he let out a very excited ‘wooooooooo,’” says Clover. “It made us all crack up so we kept it in the song. You can hear it in the first verse.”

“Love You To Death” is a twisted punk rock ballad caught between The Misfits’ sinister doo-wops and ’50s-era terror punk and The Chordettes’ 1954 hit “Mr. Sandman. Oozing over swift chords and 1950s Doo-Wop, Clover channels her inner Exene Cervenka.

“I really like the juxtaposition of a super doo-wop sounding songs with darker lyrics,” says Clover. “The Misfits are masterful at that. The subject matter of doo-wop songs are generally about desire and love. I thought it would be funny to sing from the point of view of a murderer.”

“The idea sparked from my new song ‘Channel Zero,’” says Clover. “I wanted to create an entertaining world of the surreal and absurd—something in the spirit of The Cramps—mocking the buttoned-up essence of talk shows of the past, and filling it with the unexpected, like David Lynch directing a variety talk show that was written by John Waters.”

Clover adds, “With any new platform that comes into popular use, the only way I know how to integrate it into what I do is with creative excitement. The platform can’t dictate what the end result is. I see this streaming format as a boundary that needs to be pushed. With ‘Channel Zero TV,’ I think we did just that.” 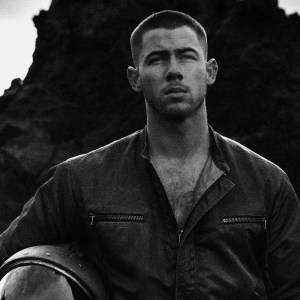 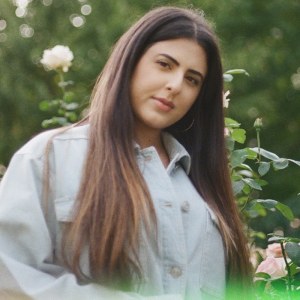