Boy in a Well

Denver’s psychedelic roots/blues-rock trio The Yawpers was already musically motivated with their fiery combination of bass-free garage, twisted surf, deep Delta roots and frazzled vocals. On this, the act’s third release, they attempt to take a substantial lyrical step forward.

The brainchild of guitarist/singer Nate Cook, the advance press notes explain that this is a concept album apparently about a mother abandoning her newborn child in World War 1 era France, with stop-offs examining Cook’s own recent divorce and touchpoints on Freud and Oedipus. All of this is tied together, somewhat, with an elaborate, 34-page set of occasionally sexually explicit cartoon illustrations from Colonel J.D. Wilkes, best known for his work fronting the Legendary Shack Shakers. So far, so ambitious.

Musically this isn’t far from the scuzz-blues The Yawpers have been slinging out since 2012’s debut. Frontman Cook moans and groans, shouts and shimmies with adenoidal vocals that sound like he’s got a particularly nasty rash over his body. The two guitars grind and howl as drummer Noah Shomberg somehow keeps this runaway train from jumping the tracks. A few acoustic ballad interludes such as “God’s Mercy” and the relatively subdued “A Visitor is Welcomed” bring things under control, at least temporarily. Things also get edgy in a Television goes to the swamp way on the terse “Mon Nome.”

But then it’s back to the riff happy, grimy rocking of songs such as the Dick Dale on speed “Linen for the Orphan” and the twisted, amphetamine laced rockabilly of “A Decision is Made.” Co-producer and ex-Replacements member (currently with the revived Bash & Pop) Tommy Stinson, no stranger to trashy rocking, likely reeled in some of The Yawper’s more abrasive moments. But as tracks such as “Face to Face to Face” show, there are more than enough rough edges and deranged moments to satisfy the most hardened Nuggets lover.

Still, how anyone is supposed to follow this complex and intriguing story is unclear. Liner notes are bare bones, there are no printed lyrics and Wilkes’ extensive and creative artwork is available only on-line, which isn’t even indicated on the packaging. Cook’s slurred vocals are twisted enough that they are often hard to untangle, leaving the average listener with a wild, wooly and raw set of slashing blues and rockabilly influenced music without the thematic muscle the band attempted to flex.

Thankfully the album is just as enjoyable without understanding the conceptual song cycle. But Boy in a Well remains a missed opportunity for The Yawpers to raise their lyrical game, one that could easily have been rectified with more attention to packaging and explanatory details that are mysteriously and frustratingly MIA. 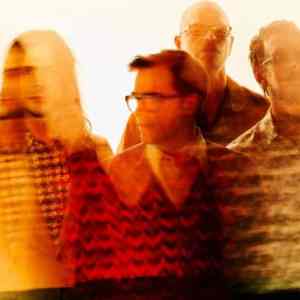