The songwriter explains the new methods used to write this and the others songs on “Graceland.”

If you’ll be my bodyguard
I can be your long lost pal
I can call you Betty
And Betty, when you call me,
You can call me Al
Call me Al

From Paul Simon’s landmark Graceland, “You Can Call Me Al” is quintessential Simon. It’s whimsical, rhythmically infectious, poetic and conversational, all before it expands into a whole other realm.

The famously funny yet enigmatic chorus, Simon said, came from a funny memory of going to a party at the New York apartment of Pierre Boulez, the conductor-composer. Simon and his first wife Peggy arrived, meeting their host at the door, who evidently had no clue who they were. Boulez introduced them to his guests as “Al and Betty.”

It was the first single from Graceland, and became a hit, launched by the famous music video with Chevy Chase.

All the songs for Graceland, unlike his previous work written with voice and guitar, were written to tracks he and his friend, the producer-engineer Roy Halee, recorded in Africa. Simon brought those recordings back to his New York City home, where he allowed the energy of the music to inspire the lyrics and melodies.

It was completed at the Hit Factory in New York with Roy Halee in April of 1986. Rob Mounsey, who played synth, also arranged and conducted the nine-piece horn section (five trumpets, two trombones, baritone and bass saxophones).

There’s a delightful bass break by Bakithi Kumalo, which was not part of the original arrangement, but suggested by Paul when learning that it was the bassist’s birthday. Bakithi improvised the fast fretless break, which Roy sonically doctored in New York; he used the first half of the phrase, then reversed it for the second half, creating a musical palindrome.

Jazz musician Morris Goldberg played the other solo on the song on a penny whistle.

The lyrics shift from the ordinary language of the first verse to a third verse imbued with enriched imagery, the “angels in the architecture, spinning in infinity…” That progression is not random. Nothing Simon does is random. Which is not to say he calculates his lyrics; he doesn’t. As he said during our first of many conversations back in 1988, “I’m more interested in what I discover than what I invent.”

Asked what the distinction was between discovery and invention, he said, “You just have no idea that that’s a thought that you had;  it surprises you; it can make me laugh or make me emotional. When it happens and I’m the audience and I react, I have faith in that because I’m already reacting. I don’t have to question it. I’ve already been the audience.”

“But if I make it up,” he continued, “knowing where it’s going, it’s not as much fun. It may be just as good, but it’s more fun to discover it.”

To get to the right place to allow that discovery to occur, he’d listen to the music while tossing a baseball against the wall, and catching it. Asked what effect that had on this song, he gave the following answer, which leads into his explanation of discovering what became “You Can Call Me Al.”

PAUL SIMON: The act of throwing a ball and catching a ball is so natural and calming. It’s like a Zen exercise, really. It’s a very pleasant feeling if you like playing ball, and while you do it, your mind kind of wanders, and that’s really what you want to happen. You want your mind to wander and to pick up words and phrases, and fool around with them and drop them.

Because as soon as your mind knows that it’s on, and it’s supposed to produce some lines, either it doesn’t or it produces things that are very predictable.

And that’s why I say I’m not interested in writing something that I thought about; I’m interested in discovering where my mind wants to go or what object it wants to pick up.

And as a lyricist, my job is to find out what it is that I’m thinking. Even if it’s something that I don’t want to be thinking.

I was trying to learn how to be able to write vernacular speech and then intersperse it with enriched language, and then go back to vernacular. So the thing would go along smoothly, then some image would come out that was interesting, then it would go back to this very smooth conversational thing. That was a technique that I was learning.

“A Train in the Distance” is in itself that kind of speech: “Everybody loves the sound of a train in the distance; everybody thinks it’s true.” That is imagery, and that’s the title.

So by the time I got to Graceland,  I was trying to let that kind of enriched language flow naturally in the course of it, so that you wouldn’t really notice it as much.

I think in Hearts and Bones, you could feel it was coming. Whereas in Graceland,  I tried to do it where you wouldn’t notice it, where you sort of passed the line and then it was over. To let the words tumble this way and that way, and sometimes I’d increase the rhythm of the words so that they would come by you and then when a phrase was sort of different and came by you so quickly that all you could get was the feeling.

So I started to try and work with more feelings around with words because the sound of the record was so good, you could move feelings.

“You Can Call Me Al” starts very ordinary, almost like a joke; like the structure of a joke cliche; “There’s a rabbi, a minister and a priest….” “Two Jews walk into a bar…” “A man walks down the street…”  That’s what I was doing there.

Because how you begin a song is one of the hardest things. The first line of a song is very hard. I always have this image in my mind of a road that goes like this: [motions with hands to signify a road that starts narrow and gets wider as it opens out], so that the implication is that the directions are pointing outward.]

It’s like a baseball diamond; there’s more and more space out here as opposed to like [motions an inverted road growing more narrow], because if it’s like this at this point in the song, you’re out of options.

So you want to have that first line that has a lot of options to get you going. And the other thing that I try to remember, especially if a song is long, is: You have plenty of time. You don’t have to kill them; you don’t have to grab them by the throat with the first line

In fact, you have to wait for the audience. They’re going to sit down, get settled in their seat. Their concentration is not even there. You have to be a good host to people’s attention span. You’re not going to come in there and work real hard right away. Too many things are coming; the music is coming, the rhythm is coming; all kinds of information that the brain is sorting out

So give them easy words and easy thoughts and let it move along, and let the mind get into the groove of it. Especially if it’s a rhythm tune.

And at a certain point, when the brain is loping along easily, then you come up with the first kind of thought or image that’s different. Because it’s entertaining at that point. Otherwise people haven’t settled in yet.

So “You Can Call Me Al” is an example of that kind of writing. It starts off very easily with sort of a joke: “Why am I soft in the middle when the rest of my life is so hard?” It’s a joke, with very easy words.

The second verse is really a recapitulation of the first: A man walks down the street he says… another thing. And by the time you get to the third verse, and people have been into the song long enough, now you can start to throw abstract images. Because there’s been a structure, and those abstract images, they will just come down and fall into one of the slots that the mind has already made up about the structure of the song.

So now you have this guy who’s no longer thinking about the mundane thoughts, about whether he’s getting too fat, whether he needs a photo opportunity or whether he’s afraid of the dogs in the moonlight and the graveyard,  and he’s off in: “Listen to the sound, look what’s going on… there’s cattle and scatterlings…

And these sounds are very fantastic. And look at the buildings – there’s angels in the architecture.

“You Can Call Me Al” credits.

You Can Call Me Al
By Paul Simon

Bonedigger, Bonedigger
Dogs in the moonlight
Far away from my well-lit door
Mr. Beerbelly, Beerbelly
Get these mutts away from me
You know, I don’t find this stuff amusing anymore

If you’ll be my bodyguard
I can be your long lost pal
I can call you Betty
And Betty, when you call me, you can call me Al

2. A man walks down the street
He says, “Why am I short of attention?
Got a short little span of attention
And, whoa, my nights are so long
Where’s my wife and family?
What if I die here?
Who’ll be my role model
Now that my role model is gone, gone?”

He ducked back down the alley
With some roly-poly little bat-faced girl
All along, along
There were incidents and accidents
There were hints and allegations

3. A man walks down the street
It’s a street in a strange world
Maybe it’s the third world
Maybe it’s his first time around
Doesn’t speak the language
He holds no currency
He is a foreign man
He is surrounded by the sound, the sound

Cattle in the marketplace
Scatterings and orphanages
He looks around, around
He sees angels in the architecture
Spinning in infinity
He says, “Amen and Hallelujah!”

If you’ll be my bodyguard
I can be your long lost pal
I can call you Betty
And Betty, when you call me, you can call me Al 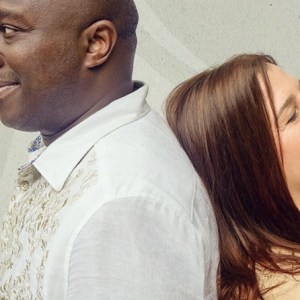 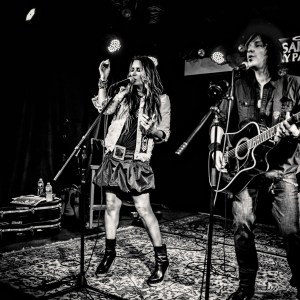