Sergeant Henry Particelli of the Metro Nashville Police Dept. wants you to know that not all officers are cut from the same cloth; they too are heartbroken over the horrific police-related incidents.

Like many in Nashville, Particelli is a songwriter alongside his day job. In the wake of the passing of George Floyd, after and between work shifts he penned the song “Your Name” to let the world know that most of the men and women in blue abhor the things that have happened.

“As a Police Officer it wasn’t hard because I don’t know anyone that wears the uniform that wasn’t horrified by the tactics used in the instance of George Floyd,” states Particelli rather emphatically. “That’s not who we are. That does not represent the men and women that serve our communities on a daily basis.

“That said, this song is actually way beyond one single incident and quite honestly, beyond a Police issue. Racism in general needs to end and it’s heartbreaking when that comes into play in any of these horrific incidents.”

Written with not only George Floyd but also Amhaud Arbery in mind, Particelli wanted to make a statement that aside from condemning the actions of the true criminals in these stories, he is also heartbroken for Floyd, Arbery and their families. Arbery, you may recall, was the unarmed 25-year-old African-American man who was fatally shot while jogging through his neighborhood in Georgia.

While personal to himself, Particelli almost didn’t record “Your Name.” It wasn’t until Juanita Copeland, President / GM of Sound Emporium Studios heard him perform at a fellow officer’s funeral. Offering the studio’s resources to Particelli, “Your Name” came to life and she fell in love with the song so much she took a few pitch meetings with it, most notably to Garth Brooks. After playing the song for Garth, who also loved the song, Particelli took his advice.

“He said ‘You tell him I said he needs to do this song himself in uniform. It needs to be him. He will have the most impact with this song. He has some healing he can do with this song.”

So he did. Both in and out of uniform, Particelli strapped on his guitar and recorded both the song and the video.

“I wrote the song for me feeling every line of every verse and chorus. People don’t realize that as a Police Officer, we hurt and feel outrage when things go wrong just like everyone else. I can pick up the paper on any given day and sing the song about anyone that lost their life needlessly to violence or racism or any other tragedy. Beyond that, the second verse deals with social injustice of all kinds to include every one of us that need to accept responsibility and fix our own little corner of our world.”

While Particelli is proud of the song as well as the effect it is having, he understands the battle is largely uphill. He still hopes the song will one day be recorded by a recognizable artist not for himself, but to give it the legs he feels it deserves at radio and beyond. For now however, his hope is that people hear the song, share it and are inspired enough to make or seek out change.

“I hope people will watch and share the video on YouTube and it impacts them. I hope the video inspires healthy healing tears. The song is available on all platforms and we are trying to partner with a youth organization that will serve those that might influence positive change in our culture.”

All admirable goals but are they attainable? Given the place this world is in, even as a police officer who obviously cares, does Particelli believe the country can get on the right side of all of this social injustice?

“I believe we can, but it truly does take a village and some open minds that are willing to allow healing. I’m not naive enough to think that one song is going to change the world, but I sincerely believe it is getting the conversation started. I have received messages on social media and YouTube from around the world giving testimony as to how the song has touched their hearts. Some were openly jaded towards Police but say this has given them hope. We all need hope and as the sign reads that I am holding in the video as I revealed the uniform, I “Believe in Change.” 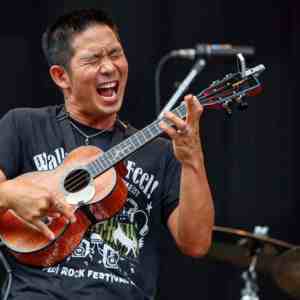 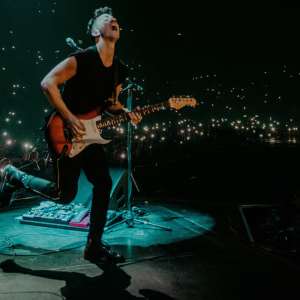