Despite having passed thirteen years ago, Michael Jackson remains the uncontested King of Pop. In his wake, he has left behind countless perennial hits, game-changing videos, and inspiring live performances.

Famous since the age of 11, he was a superstar by the 1980s and has continued to be a beloved, if flawed, phenomenon to this day. As one of the 20th century’s most important and enduring entertainers, let’s take a look at 10 of Michael Jackson’s most iconic moments.

Before he was crowned as the King of Pop in the ’80s, Jackson made waves in the ’70s as the adorable pre-teen frontman of the Motown sensation that was the Jackson 5.

The band of brothers—featuring Jackie, Tito, Jermaine, Michael, and Marlon Jackson—went on to score a handful of enduring hits like “ABC” and “I Want You Back.” They were also among some of the first Black groups to appeal to a racially diverse audience, paving a new path to global stardom.

As the Jackson 5 were beginning to fray in the early ’70s, Michael began to pursue a career of his own, releasing his debut album, Got To Be There.

Though the album didn’t seem to compare to the runaway success of the Jackson 5, it was the first taste of the star power the world would eventually get with a solo Michael Jackson.

The movie-musical The Wiz was pivotal for Jackson’s solo career in 1978. It not only showed his versatility as an artist and kept his post-Motown status as a national entertainer alive, but it also introduced him to Quincy Jones. While Jackson’s career was somewhat floundering without his brothers, Jones turned things around for the singer, taking his music to the next level.

The first record Jackson and Jones made together was the anthemic and floor-filling Off The Wall. The critically acclaimed record showcased a versatility of genres—disco, pop, funk, R&B, rock, and even Broadway-Esque ballads.

Two of Jackson’s most recognizable tracks came out of this record—”Don’t Stop ‘Til You Get Enough” and “Rock With You.” Songwriting contributions came from a number of lauded artists, including Paul McCartney, Stevie Wonder, David Foster, Rod Temperton, and more.

There are few music videos as iconic as Jackson’s “Thriller.” At the time of its release, the singer set a new benchmark for blockbuster-Esque visuals, changing the industry as a whole. The video also made history on MTV, breaking down the cable network’s racial barriers and raising the bar for video quality.

From the outfit to the shoulder-shrug dance move—everything about “Thriller” is cemented into the annals of video history.

Jackson is known for many things—incomparable vocals, anthemic songs, and unique music videos. But arguably his most significant attribute is the moonwalk.

Jackson first debuted the move while performing on the TV Special Motown 25: Yesterday, Today, Forever. Nearing the end of his 1982 hit “Billie Jean,” Jackson seemed to float on air as he shuffled backward while the roar from the crowd rose to new heights.

Bad was Jackson’s 7th studio album and also the final collaboration between Jackson and Jones. Adopting an edgier look and taking infusing more rock into his sound, the album was a notable evolution for the singer.

The themes on the album also took a deeper turn: media bias, paranoia, racial profiling, romance, self-improvement, and world peace. The title track told the story of a boy who tried to escape poverty by attending private school but was ultimately murdered when he returned home.

Jackson co-wrote one of the best-selling physical singles of all time in 1985 with “We Are the World” alongside Lionel Richie. The charity single, recorded by a supergroup of top names, went on to sell in excess of 20 million copies.

Jackson’s older sister, La Toya, recounted, “I’d go into the room while they were writing and it would be very quiet, which is odd since Michael’s usually very cheery when he works. It was very emotional for them.”

Jackon’s Super Bowl halftime performance has long been considered one of the best in history. It wasn’t until he took the stage that the NFL started to bill big names to draw in a crowd. Before the halftime shows took on a much smaller production, Jackson and his top hits changed the game forever.

Not to mention very few artists could pause for minutes at a time on stage and still keep the excitement of the crowd—talk about iconic.

Years after his death in 2009, Jackson’s estate released a posthumous record titled Xscape. The tracks were recorded from 1983 to 2001 and continued Jackson’s run of No. 1 hits.

Giving fans a final taste of Jackson’s star power, songs like “Love Never Felt So Good” with Justin Timberlake and “A Place with No Name” have stood up tall against any of Jackson’s releases while he was alive. 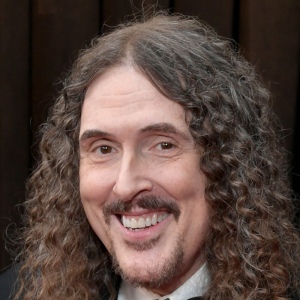 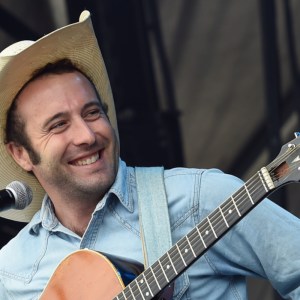