Lady Gaga is arguably one of the most versatile artists of the last decade. When she first started to garner some fame in 2008, armed with heavy dance beats and an Avante-Garde style of near Bowie proportions, the mainstream seemed to be a little taken aback by Stefani Germanotta.

Despite the masses’ reservations, she quickly found breakout success with the counter-culture and became an icon for the LGBTQ+ community for her gender fluidity. The rest of the world eventually caught up and Gaga became a staple on pop radio.

Gaga’s artistry didn’t stop at pulsing dance-pop though. Through more than a decade long-run in the spotlight, she’s taken on country, rock, jazz, electronica and so much more. We’re here to chart a course through her career and highlight some of her most memorable moments.

10. Gaga Wrestles the Fame Monster with Her Debut

Gaga released her debut in 2008 to rave critical reviews. With electro-pop that was just right for the era and lyrics that visualized Gaga’s love of fame, an obsession with love and sex, drug affinity and fluid sexual identity, the album quickly saw widespread fan acclaim.

Sonically, The Fame drudged up ’80s-influenced dance-pop and mixed it with a modern hip-hop flare. In an interview for Beats 1, Zane Lowe chatted with dance producer Calvin Harris about the impact of The Fame saying, “One thing you gotta remember about Lady Gaga, she put four-on-the-floor back on American radio.” Gaga’s old sound made new, took the world by storm, and defined pop music of the era.

9. Gaga Stuns at the VMA’s Wearing a Meat Dress

Gaga’s appearance at the 2010 Video Music Awards was memorable for many a reason. On top of boasting a whopping 13 nominations, Gaga showed up to the ceremony in an ensemble that was sure to make headlines—an entire dress made out of raw meat.

Many in attendance were shocked by the choice with even pop prince Justin Bieber calling her “weird,” with a swoop of his signature haircut. The move wasn’t just for shock value though, it was in protest of the Clinton administration’s “Don’t Ask, Don’t Tell” policy that barred members of the military from disclosing their sexual orientation.

“If we don’t stand up for what we believe in and if we don’t fight for our rights pretty soon, we’re going to have as [many] rights as the meat on our own bones,” she explained. “And, I am not a piece of meat.”

8. Gaga Garners Millions of “Little Monsters” with Born This Way

While keeping with her dance-pop roots, Gaga revamped her look for her second album—wearing prosthetic horns on her shoulders, forehead, and cheekbones. The new look was in keeping with the album’s self-empowering theme, hoping to encourage others to be themselves.

“I was born this way,” she explained at the time. “It’s set me free of my insecurities as an artist, my insecurities as a person—as a human. I separate artist and human because a lot of other people separate artist and human, but on this album it’s conceived that I am fully an artist and I am fully human. And that is my destiny. It is my destiny to follow my artistic visions to their fullest. I was born this way.”

The sentiment rang true for millions of people worldwide, solidifying her as the voice for the closeted and the pushed aside. Her fans doubled in size as the “Little Monsters” tribe spread like wildfire.

7. Gaga Lives for the “Applause”

After breaking her hip and undergoing surgery, Gaga went relatively underground for the first half of 2013, but by the summer, she was officially back. She made her triumphant return to the stage when she opened the 2013 MTV VMA’s with an unforgettable performance of “Applause.”

The performance saw her come out onto the stage in a draping white dress with only her painted white face peeking through. As the song rolled on she went through a number of outfit changes including a black sequined body suit before peeling off another layer and revealing a seashell bikini.

The performance was right on par with Gaga’s buzz-worthy VMA history and launched her return off right.

6. Gaga Slays as the Countess in ‘American Horror Story’

Gaga had long expressed that her dream was to become an actress, and she made that dream a reality in 2015 by landing a role in Ryan Murphy’s American Horror Story: Hotel.

The horror anthology series saw Gaga playing an elegant yet murderous countess in characteristic grandiose fashion, becoming the breakout star for the season. The role jump-started Gaga’s continued run in both film and television.

In 2014, Lady Gaga and Tony Bennett would not have been your first guess as to who would release the collaboration album of the year. Yet, the duo did just that as they shared their collection of jazz standards, Cheek to Cheek.

Through the LP, Gaga’s powerhouse vocals perfectly complemented Bennett’s staccato—it was the duo you didn’t know you needed. Putting their spin on songs like “Anything Goes,” “Lush Life” and the title track “Cheek to Cheek,” the album was both a fan-loved and critically acclaimed pursuit.

Departing from her usual fun-loving pop, Gaga took things for an emotional turn with her fifth studio album titled Joanne. Inspired by her aunt who died of Lupus, the album left much of her dance-pop musicality behind and instead brought in a country-inspired sound. Across the album, including the title track, Gaga sings about returning to her roots and mourning her losses.

“Returning to your family and where you came from, and your history . . . this is what makes you strong. It’s not looking out that’s going to do that—it’s looking in,” Gaga explained to People. “Joanne is a progression for me. It was about going into the studio and forgetting that I was famous.”

3. A Superbowl Performance for the Ages

Gaga kicked off 2017 with a spectacular Super Bowl Half-Time show. Complete with acrobatics and hundreds of drones, the performance broke the record for the most-watched musical performance ever. According to the NFL, “nearly 118 million viewers tuned into the performance on the FOX broadcast network.”

Performing a suite of her songs, along with a few patriotic offerings to round it out, Gaga gave it her all for the show, even going as far as jumping off the roof of the stadium—which went on to be a highly meme-ed moment.

In another bout of acting, Gaga became the Barbara Streisand to Bradley Cooper’s Kris Kristofferson in the newest remake of A Star is Born. The Cooper-directed remake follows the same story as its predecessor with Gaga playing Ally, a star on the rise, who meets a rock star on his way out, Jackson Maine, played by Cooper.

The role rekindled love for Gaga as she once again defied expectations. Her performance was so regarded that she went on to receive an Oscar nod in 2018. Though she didn’t take home the prize for the performance, she did take home the gilded trophy for Best Original Song for “Shallow.”

1. Gaga Fans Rejoice with the Release of Chromatica

By the time Gaga released her sixth studio album, Chromatica, in 2020 it had been nearly four years since her last major release. Needless to say, fans were wanting more Gaga content.

Chromatica took things back to the early days of Gaga’s career with 16 tracks worth of pulsing dance-pop. With the lead single “Stupid Love,” and the follow-up Ariana Grande-assisted “Rain on Me,” Gaga jumped into electronica headfirst making an album that was ready for the club.

Unfortunately, the club had to wait. As the world went into lockdown, Gaga’s album offered a little bit of fun during a dark time —an onus Gaga takes up time and time again. 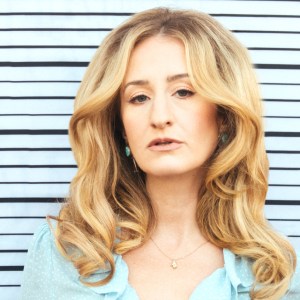 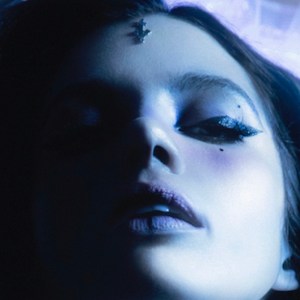