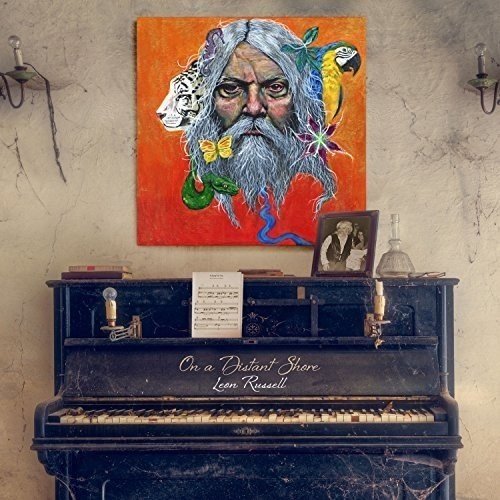 Leon Russell
On a Distant Shore
(Palmetto)
Rating: 3 1/2 out of 5 stars

Long time followers of Leon Russell know that for all the wild-eyed gospel inspired rock and rolling he did in the 70s, exemplified by such classics as “Delta Lady,” “Roll Away the Stone,” and “Queen of the Roller Derby,” he was also a softie at heart. Certainly early ballads, now standards like “A Song for You,” “Hummingbird” and “This Masquerade” (all reprised here in updated arrangements) showed that under the long hair, piano pounding fingers, croaking Okie drawl and crooked top hat was a songwriter capable of writing material that, like the tunes populating the great American Songbook, stood the test of time.

Still, decades of cheaply recorded, self-released and generally substandard albums that taxed the patience of even the most ardent fan faded most of any glow Russell had achieved from his heyday; at least until Elton John reached out a helping hand for a successful 2010 comeback duo release. That allowed Russell to ramp up the production for 2014’s Life Journey, a set of interpretations from the catalogs of Hoagy Carmichael, Duke Ellington and even Billy Joel (“New York State of Mind”) produced by the veteran Tommy LiPuma, released on a major label and the inspiration for this follow-up three years later.

Russell, who had been in failing health for decades until passing in 2016, likely realized this would be his final recorded work and approached it with appropriate gravitas. Unlike Gregg Allman who relied on covers to convey his feelings of a life lived on the road for his last album, Russell wrote 13 new songs, clearly in the style of those sung by Sinatra, Mel Torme and the crooners of the ‘30s-‘50s. Co-producer Mark Lambert then worked with arranger Larry Hall to add full orchestral backing to the songs, including harps, swelling strings, bold horns and even angelic background vocalists.

Not surprisingly, the result is an audacious, widescreen set of retro inspired songs that, despite Russell’s naturally craggy voice that makes Dr. John sound like Sam Smith, seem like covers of classics written seven decades ago. Even titles such as “The One I Love is Wrong,” “On the Waterfront” and “Love This Way” appear to be plucked off browning, fragile sheet music stuck in a piano bench from long ago. A few bluesy rockers such as the swaggering shuffle “Black and Blue” break up the pace of the often overstuffed ballads that serve as the album’s bedrock sound.

It’s a vibrant, bold and often audacious production that intends to be a timeless close to Russell’s memorably long and influential career. For many though, the album works most effectively when heard in smaller chunks (the deluxe version runs over an hour), where the songs can best be appreciated as single entities. While much of the material is excellent, there is also filler that, with the full orchestration, doesn’t fulfill the promise of the better songs here.

Those who wanted a well-rounded musical summation of Russell’s oeuvre instead of this highly stylized set of romantic musings might be disappointed, but this is the album he wanted to leave as his legacy. As such, it’s a significant, often impressive work from one of rock and roll’s true icons who has chosen a unique and, to many, surprisingly starry-eyed way to say goodbye. 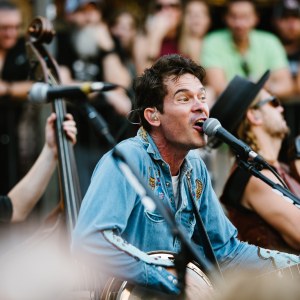 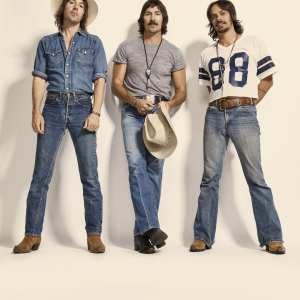