To some, Richard Marx may be most known for his solo career, and a collection of hits, including late ’80s smashers “Should’ve Known Better,” “Hold On to the Nights,” off his 1987 self-titled debut, and the ever-present Repeat Offender ballad “Right Here Waiting.” Throughout his career, the singer, songwriter, musician, and producer has even released 12 albums of his own, including his most recent Limitless in 2020.

Years before his successful run as a solo artist, Marx was already an established session musician, backing vocalist, and songwriter, working and collaborating with Kenny Rogers and longtime co-writer and co-producer David Foster, and continuing to write and produce music for Madonna, NSYNC, Vince Gill, Josh Groban, Luther Vandross, Kenny Loggins, Barbra Streisand, Keith Urban, and more throughout his 40-plus year career.

“I think when you’ve been writing songs as long as I have, you do find yourself convincing yourself that you have a formula, not to write hit songs,” said Marx. “I’ve never written a song that I thought was a hit at the time. Every song that’s become a hit, all of those songs that I wrote were just songs that I liked. … So I’m never going to be somebody who is going to sit here and bullshit you and tell you that I think I know what a hit song is. … But along the way, when you’ve been doing it for decades, you do fall into, not routines, but there’s a way that I write songs, generally.

Marx added, “Once in a while, you break out of that and that’s when I think the magic happens, when you kind of break your own rules or you just don’t pay attention to your own rules and that’s kind of hard to do when you’ve been doing it as long as I have.”

Here are 20 songs Marx wrote or co-wrote—and sometimes produced—for other artists since 1984.

Released as the second single off Kenny Rogers’ 16th album What About Me? “Crazy” marked the 11th No. 1 hit for the country singer as a solo artist, after parting ways with the band First Edition in 1976. In addition to co-writing the song with Rogers, Marx served as a session musician and backing vocalist for the track, which was produced by David Foster and Rogers.

“What About Me?” Kenny Rogers (1984)
Written by Richard Marx, Kenny Rogers, and David Foster

A three-way love song, the title track off of What About Me? was recorded by Kenny Rogers, Kim Carnes, and James Ingram after several pairs of artists backed out of the project for various reasons, including Lionel Richie and Barbra Streisand and Olivia Newton-John and Jeffrey Osborne. Once released, the song was a hit, reaching No. 1 on the Adult Contemporary chart.

Already a hit-making songwriter and producer, when it was time for David Foster to release his own debut The Best of Me, the album boasted a title track, originally co-written with Marx and Jeremy Lubbock in 1982. For the album, Foster called on Olivia Newton-John to single the song with him. Upon its release, “The Best of Me” peaked at No. 6 on the Adult Contemporary chart.

“Surrender to Me” was a power ballad sung by Ann Wilson and Cheap Trick’s Robin Zander and featured on the soundtrack to the 1988 romantic thriller Tequila Sunrise, starring Mel Gibson, Michelle Pfeiffer, and Kurt Russell. By 1989, the song peaked at No. 6 on the Billboard Hot 100.

“Edge of a Broken Heart,” Vixen (1988)
Written by Richard Marx and Fee Waybill

It was still the heyday of metal, and Vixen’s self-titled debut featured their triumphant power ballad “Edge of a Broken Heart,” written by The Tubes’ Fee Waybill and Richard Marx, who also played keyboards on the track. The song reached No. 26 on the Billboard Hot 100, and Marx even makes a cameo in the music video. Vixen later released an acoustic version of the song on their 2018 Live Fire album.

Swedish singer and actress Lisa Nilsson’s debut Lean on Love featured a song penned by Marx and Paul Anka, “Say It.” This wasn’t the only time Marx collaborated with Anka. The pair previously teamed up to co-write “Until the Day We Said Goodbye,” off Anka’s 1987 album Freedom.

Of the sixth album, Eden, by English soprano Sarah Brightman, “The Last Words You Said” appeared on the international version of the album, which mixed Italian arias and English language songs. Marx also duets on the track with Brightman.

“If You Ever Leave Me,” Barbra Streisand and Vince Gill (1999)
Written by Richard Marx and David Foster

Written and produced by David Foster and Richard Marx, the single, featuring a duet between Barbra Streisand and Vince Gill, appeared on Streisand’s 28th album A Love Like Ours, and again on her 2002 Duets album.

“Still Holding Out for You,” SHeDaisy (1999)
Written by Richard Marx and Kristyn Osborn

Though the country group SHeDaisy, also known as The Osborn Sisters, disbanded in 2011, their 1999 debut The Whole SHeBANG boasted several singles, including the Richard Marx- and Kristyn Osborn-penned “Still Holding Out for You,” which reached No. 27 on the Billboard Hot Country Singles & Tracks chart. The song later appeared in the Disney’s 2001 animated film Lady and the Tramp II: Scamp’s Adventure.

First released by Natalie Cole in 2000, the song accompanied the TV movie about her life Angel On My Shoulder. Marx also produced the album of the same name for Cole. “Working with her was a dream,” said Marx in a 2021 Instagram post remembering Cole and their collaboration. “Loved her.”

When A&R executive David Novik asked Richard Marx if he had a song for NSYNC, “This I Promise You” came to mind. Initially, Marx had written the song with a trio girl group in mind but easily transitioned it to fit the boy band. The ballad reached No. 5 on the Hot 100 chart for NSYNC and appeared on their second album No Strings Attached. Marx even recorded the song himself on his 2010 acoustic album Stories to Tell and again as a duet with Asian artist Sabrina on Now and Forever: The Ballads.

“To Where You Are,” Josh Groban (2001)
Written by Richard Marx and Linda Thompson

“To Where You Are” spent 36 weeks, including two weeks at No. 1, on the Adult Contemporary chart—not bad for a single off Josh Groban’s self-titled debut. Groban even performed the song on the 2001 “Nine-One-One” episode of the TV show Ally McBeal and again at the 2002 Nobel Peace Prize Concert in Oslo, Norway. In 2019, Marx also recorded his own version of “To Where You Are” on his acoustic album Stories to Tell.

Marx and Vandross had already collaborated on several songs, first working on “Every Year, Every Christmas,” off Vandross’ 1995 holiday album, This is Christmas then again on the track “Isn’t There Someone,” for his 1998 release I Know. Co-written with Richard Marx, Luther Vandross’ homage to his late father “Dance with My Father” is the title track off the R&B singer’s 2003 album. The song and album are dedicated to Vandross’ late father, Luther Vandross, Sr., who died following complications of diabetes when the singer was only 8 and would dance with him and his mother.

“There were a couple of reasons why Luther asked me to co-write this song with him,” said Marx. “Part of the reason was because we were friends and our history of writing together. But more importantly, I think he remembered how very close I was with my own dad, who had died in 1997. In fact, Luther had helped me get through the rough time I had after my father died. ‘Dance With My Father’ was a personal song he was sharing with me.”

“Dance With My Father” earned Vandross and Marx a Grammy for Song of the Year and Vandross another for Best Male R&B Vocal Performance in 2004, just a year before the artist’s own untimely death at the age of 54.

Off Vince Gill’s 10th album Next Big Thing, “Someday” was one of four singles released and reached No. 31 on the Hot Country Singles & Tracks chart. “I’m such a big fan of Vince’s,” said Marx. “He’s one of the greatest singers ever, and for the song to have come out so well, means a lot to me.”

When Kenny Loggins released his 12th album It’s About Time, it was his first album after leaving his previous label Columbia and his first non-children’s or holiday album in six years. For the 10 tracks, Loggins called on friends Clint Black, Michael McDonald, and Richard Marx to co-write songs. Marx wrote four tracks on the album, including “The One That Got Away.” “I’m also proud of a song I wrote with Kenny Loggins, called ‘The One That Got Away,'” said Marx. “Kenny says that when he performs this song live, he gets a standing ovation. It’s a very personal song for Kenny, about his estrangement from one of his sons from his first marriage. What I love, is that Kenny says this song helped bring them together.”

Keith Urban’s fourth album Be Here, produced three No. 1 singles on the Hot Country Songs chart, including “Making Memories of Us,” “Days Go By,” and the Marx- and Urban-penned “Better Life.”

Written and produced by Richard Marx, “Suddenly” was released on the European edition of Toni Braxton’s 2005 album Libra. For his 2008 album Sundown, Marx later re-recorded the song as a duet with Braxton and later released it as a solo track on his album Now And Forever: The Ballads and again on his 11th album Beautiful Goodbye in 2014.

Alt-rockers Lifehouse released “Had Enough” off their fifth album Smoke & Mirrors and collaborated with singer-songwriter Kevin Rudolf as well as Chris Daughtry, who appears on the track, while making the album.

Pairing up again since Urban’s 2004 album Be Here, Marx co-wrote ”Long Hot Summer,” which was released as the third single off Urban’s seventh album Get Closer. The song reached No. 1 on the Hot Country Songs chart. “The music is so easy for Keith and I to write together because we love the same kind of music and we are influenced by the same music,” said Marx. “We love big hooks and great melodies. But then when we start writing lyrics, I want to kill him and me in a murder-suicide pact. It’s a lot of staring into space and our laptops.”

When Jennifer Nettles, lead vocalist of the country duo Sugarland, released her solo debut in 2014, it featured 10 tracks written or co-written by Nettles as well as a cover of Bob Seger’s No. 1 hit “Like a Rock.” Produced by Rick Rubin, Nettles also collaborated with songwriters Butch Walker,  Sara Bareilles, and more on the album, including Richard Marx, who co-wrote “Know You Wanna Know” with her. 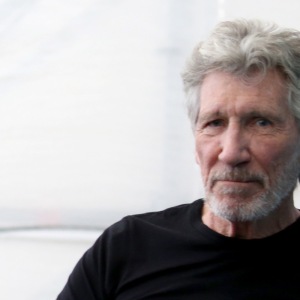