My Life as a Rolling Stone, the four-part docuseries about The Rolling Stones will premiere on the EPIX network on August 7.

Produced to coincide with The Rolling Stones’ 60th anniversary, the series will document the band’s journey from blues-inspired musicians to one of the biggest bands in the world.

Each episode of the series will give an intimate look at one of the Stones’ four main band members—singer Mick Jagger, guitarists Keith Richards and Ronnie Wood, and late drummer Charlie Watts—exploring their individual personalities, struggles, inspirations, and other personal elements.

Directed by Oliver Murray, who also helmed the 2019 Bill Wyman documentary The Quiet One, and Clare Tavernor, who directed the Keith Richards-themed episode of the BBC TV newsmagazine The Culture Show, the series is executive produced by Steve Condie of Mercury Studios.

“Compelling music docuseries have become a pillar of EPIX’s slate of premium original programming, and My Life as a Rolling Stone is a perfect addition to that mix,” said Michael Wright, president of EPIX, in a statement. “This distinctive documentary captures the raw and organic energy that defines The Rolling Stones and tells the gripping, epic story of their journey. I am excited for viewers to experience this legendary band as few ever have before.”

The Rolling Stones are currently playing their “Sixty” tour, celebrating six decades as a band, and recently had to cancel European dates from June 21 until July 17 after Jagger tested positive for COVID-19. 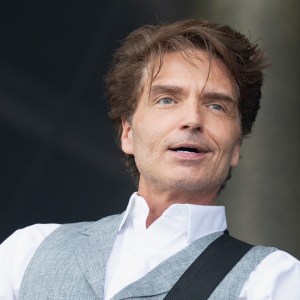