Nashville based singer/songwriter/guitarist, Jared James Nichols, released his new single “Skin ‘N Bone” on June 9, coinciding with the grand opening of the Gibson Garage and guitar legend Les Paul’s birthday. The single is a taste of the planned EP, titled Shadow Dancer, which is set to release later this September.

Nichols was a featured artist at the garage and has now joined Gibson as an Official Brand Ambassador. You may have seen him featured on the American Songwriter YouTube channel playing an acoustic version of “Skin ‘N Bone” and sharing the stage with living blues legend Joe Bonamassa on Gibson Live: A Celebration of Artists to Benefit Gibson Gives (below).

We caught up with Nichols back stage at the Gibson Garage to discuss his new single and upcoming album. “I’m so pumped, I wrote, recorded and made this record and released the single June 9on Les Paul’s Birthday,” Nichols said

His main guitar and now signature Epiphone Gold Glory is currently in its fourth run, according to Gibson CEO James “JC” Curleigh.  When we talked with Nichols about his signature guitar, which is featured prominently on the music, he said, “My original Gold Glory was so personal to me. I set it up with what I thought was cool and played right. My first guitar was an Epiphone, so that was my reason for going to them first. I learned to play on an Epiphone, and I wanted to have a guitar that anyone could afford and that is attainable. When I was a kid mowing lawns by the end of summer, I could afford this guitar!,” Nichols added.

Born in Waukesha, Wisconsin, which is also the town that Les Paul was from, Nichols made the move to Nashville this past year to work and record in Music City. He has been nicknamed the Blues Power man by Gibson management and is best known for his incendiary guitar riffs and sharing stages with such music legends as Zakk Wylde, his personal hero—the late Leslie West, Slash and Billy Gibbons.

Epiphone luthiers have re-created two of Nichols’ favorite guitars—the Old Glory and the Gold Glory. His previous albums Old Glory & the Wild Revival and Black Magic have both helped secure Nichols current stature in the rock and blues world thanks to his vocals, songwriting and guitar playing. 2021 is proving to be a big year for Nichols as he releases new music, has become a Gibson Brand Ambassador, launches a new tour, has as new signature model guitar and becomes more ingrained in the Nashville music community.

Watch for the release of his album Shadow Dancer this fall and if you visit the Gibson Garage in downtown Nashville, you might just bump into Nichols trying out a few of the new guitar offerings from Epiphone and Gibson. 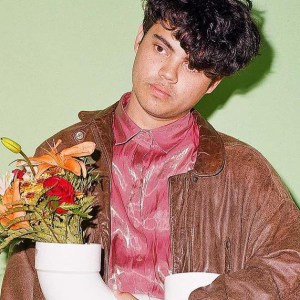 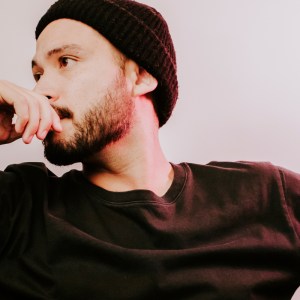