In an audibly dazzling combination of disco and pop, Nikki Yanofsky’s song “Nerve” is irresistibly fun. The upbeat tempo, reverb and lyrics “smoother than suede in 1979” mark this track as one of the record’s standout tunes.

Earlier this year, Yanofsky performed “Nerve” on American Songwriter’s Behind the Mic series. The Candian singer/songwriter live-streamed the performance from her home in Montreal and, despite the virtual setup, invited her viewers to clap along with the beat.

Fortunately, Yanofsky also prefaced her performance by explaining her inspiration for “Nerve.” She disclosed that the creative impetus for this song was the death of her mentor, the great English songwriter Rod Temperton.

“I was really struggling trying to honor him,” Yanofsky said. “It was just too daunting of a task because he meant so much to me. Not only was he my mentor, but he was really such a good friend of mine. And it was really hard. Instead of writing some slow, sentimental song, I thought I’m just going to write a song that I think he would have approved of and he would’ve liked and that he would have said it’s groovy.”

“Nerve” is certainly groovy. Not only does it sound groovy, but the verses and chorus smartly allude to the attitudes of the 70s that influence popular culture still today. Yanofsky sings, “You walk around like you got nothing to prove/ Like Cool Hand Luke, only with more attitude/ So fresh to death, that’s how you’re living your life/ Cuz you own something money can’t buy.”

Yanofsky then follows up each verse with an equally plucky bridge to the chorus. In her Behind the Mic appearance, Yanofsky stressed the importance of these lyrical bridges. “One of my biggest things I tell people [is] don’t be lazy, write a bridge. Songs need a bridge,” she said.

One can’t help but see Rod Temperton’s lasting presence in “Nerve” as well as Yanofsky’s own songwriting discipline. Temperton’s songwriting for “Thriller, “Off the Wall,” “Rock With You,” “Burn This Disco Out” and every Heatwave’s song are noticeable influencers for “Nerve.” Yanofsky also mentions that she keeps a photo of Temperton above her piano for motivation.

And it’s not a stretch to hear Temperton’s influence. In an interview with American Songwriter, Yanofsky said Temperton was working on her album Turn Down The Sound (which includes “Nerve” as the fifth song on the record) right before he died. The song “Bubbles,” also on the album, “was actually gonna be for his own project,” she said.

Overall, it’s more than fair to say that Yanofsky’s “Nerve” aptly and successfully honors Rob Temperton in its lyric and instrumental mastery.

Watch the full Behind the Mic episode below, and check out a podcast episode Nikku Yanofsky did with American Songwriter Podcast Network show Surviving the Music Industry here. 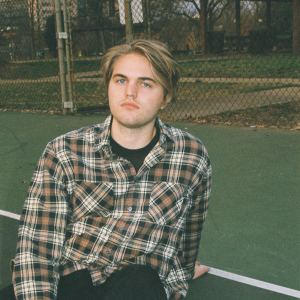 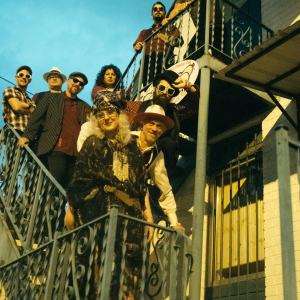