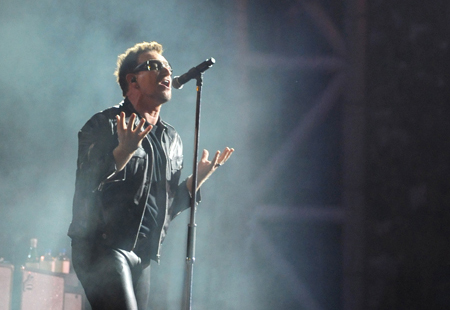 In 1981, U2 played Vanderbilt’s Underwood Stadium. Then, they took a break. Until 2011, that is. On July 2nd, U2 played their second-ever gig in Music City. And it was a doozy. If there was ever a time when Bono was in better voice, or the band sounded fuller and more on their game, we’re not aware of it.

On this steamy, muggy night, the Irish rockers owned the Nashville Skyline. They even added to it, bringing their mammoth 360 Tour stage setup, featuring the audio-visual marvel that is The Claw, a circular catwalk, and a LED light show that would make Taylor Swift jealous. It was a suitably epic show from a suitably epic band.

The festivities kicked off with a set from the red hot Florence + The Machine, who had people camped out to see them at Central Park the weekend before. It was their last stop on the tour, and singer Florence Henderson, who sang into a golden microphone, took a victory lap around the 360 ° catwalk.

U2 kicked things off with an opening-set homage to Acthung Baby, 1991’s darkly experimental album that set the tone for everything they would attempt after (interestingly, that album pried Garth Brooks’ Ropin’ The Wind from it’s stranglehold on the Billboard Charts). Then, things got “crazy” with “I Will Follow”; Bono pulled up a shirtless, grinning guy with a Woody Harrelson-on-ecstasy look for a spontaneous sing-off. It seemed like a potentially dangerous move for one of the world’s most polarizing rock stars. But post-show googling revealed that this was not the guy’s first rodeo — apparently his name is Tattoo Dan, known for his U2-related ink and occasional onstage dances with Bono. That was followed by an electrifying “Get On Your Boots,” the single from U2’s latest album, No Line On The Horizon. While No Line never received much love from the critics, it’s really worth a second look — anthemic songs like  “Moment Of Surrender” and the party-starting “I’ll Go Crazy If I Don’t Go Crazy Tonight,” also performed here — are as strong as anything in the band’s post-Acthung catalog.

Things got goosebumpy when Bono added a section of “The Wanderer” to the Joshua Tree classic “I Still Haven’t Found What I’m Looking For,” lowering his voice to mimic Johnny Cash. It was the first time the tale of sin and redemption, sung by Cash on 1993’s Zooropa, was performed in public. The locals in attendance, which included Carrie Underwood, Vince Gill, and Amy Grant, must have got a kick out of that one.

There was a special shout out for Cowboy Jack Clement, the veteran singer-songwriter who produced a few of the songs on U2’s roots rock record Rattle & Hum, and whose house tragically burned down a few weeks prior. And Bono amended the words to “Stay (Faraway, So Close)” to read “London, Belfast, and Tennessee y’all.”

You may have heard the story of how, for the band’s final encore, they pulled a blind guitarist out of the front row and asked him what he wanted to play. Turns out, the guy made a pretty good stand-in for The Edge on “All I Want Is You,” which he performed perfectly on Bono’s guitar. Maybe the pedal effects were set to “rock star.”

There were plenty of moments for the crowd to get involved, signing at the top of their lungs during “Still Haven’t Found,” “Beautiful Day” and “Sunday Bloody Sunday.” After the October-era chant-along “Scarlet,” one music-biz savvy dude seated next to me asked, “Do we get royalties for that chant?” 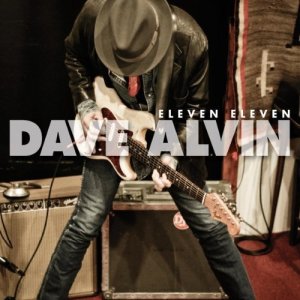