A pair of powerhouse performers have hit the road on what is sure to be a nostalgic run of shows down memory lane. On March 3, the neo-traditional frontrunners Tracy Lawrence and Clay Walker will take the stage in Charlotte, North Carolina, kicking off a 12 stop tour.

The announcement of this joint tour brings to mind an iconic photograph of the two enduring artists taken at a 2021 show in Omaha—part of a short “test run.” Facing out at a sold-out crowd, the picture captures the artists’ humble surrender to their fanatic audience, coming undone in response to their hit-drenched encore.

“We were doing one hit after another, watching this crowd build into this frenzy,” Walker recalls to American Songwriter.

“And when we got to the end of the night, we did ‘This Woman, This Man,’ ‘Paint Me A Birmingham,’ ‘What’s It To You,’ and the crowd started screaming. I’m not kidding, we couldn’t hear anything else, not even my band. Tracy and I were standing there, and each just held one hand up in the air as a natural reaction. I knew at that moment, this was going to be a sought-after ticket.”

Lawrence expresses similar confidence derived from a show last year on that same run. It had rained all week in Oklahoma, and as he describes, the mud was “knee-deep.” After slugging equipment in, he was sure no one would turn up. But to his surprise, the show drew thousands of fans.

“Whether they were in their good boots, old boots, work boots, they took the boots off and stood with bare feet in the mud up to their knees,” Lawrence says. “They stayed and they were so freakin’ loud.  I’m not talking about for a few songs, I’m talking about for the whole show. So that told me that we were really on to something special that this was gonna be a really good tour.”

The co-headliners road experience extends beyond their infamous crowd-rousing encore sets and shared appreciation for the stage. Taking it back 30 years, their sequential success coming up through the industry into the new millennium shaped the sound of modern country music. Walker’s “What’s It To You” and Lawrence’s “Time Marches On” are just two of the countless cornerstone hits that helped define an entire generation of country music.

Nearly three decades in, the legendary acts show no sign of slowing. In fact, Walker’s wife put a tracker on his iPhone before he left home for this run with his old friend. And based on their road stories, her concern seems reasonable.

Their highway history dates back to the ’90s when Walker, an emerging act, was invited aboard Lawrence, a rising country star’s tour bus for a few stops. CMT captured a bit of the duo’s debauchery on an episode from their Probably Shouldn’t Tell You This series.

Reflecting on the humored memory, Lawrence offers, “I really didn’t mean to scare him to death like that when he came out on the road; that’s just the way we were.”

Walker responded between laughs, offering his side of the story. “Let me correct the record here,” he begins. “CMT did not tell the full story. Tracy didn’t almost kill me, I just thought he almost killed me. There were some guns involved that were discharged into the bus floor.”

“I was pointing the gun down,” Lawrence interjects. “That’s why it went off in the floor!”

“But let me say this,” Walker concludes, “he always had it under control.”

Read more from our conversation with Tracy Lawrence and Clay Walker below. For tickets and more information, click HERE or HERE.

American Songwriter: What do you like about touring together compared to being out there on your own?

Walker: Tracy and I are both veterans, and came out around the same time—he was a little bit before me. I really admired him, and still do. So it’s great to be able to bring this kind of a show together. It’s one thing to have performances, but the song content here is awesome. I love his singing and his song choices. And the thing that makes it better to cross-stage together, is it actually takes a lot of the load off of you. There’s not gonna be some kind of lull in the show;  it’s action-packed from start to finish. And we still won’t even have time to get all the hits in a two-hour show. So it’s those elements that make it attractive to our fans. And I think Tracy and I both enjoy performing so much, and it comes across that we’re not ready to quit after two hours.

Lawrence:  I’m so excited about getting back on the road. I’ve got so much new music to showcase, but just the body of work between the two of us — there are so many iconic records. And not just hit records, but stuff that was impactful to the music industry that are staples and recurring goal things for radio stations all across the country. So this is going to be a great value for the fans to come out and really get a great show.

I know the competition is very tough out there; a lot of big acts are getting back on the road. But I think the music of the ‘90s is really shining again. Right now a lot of people are wanting to get back to those roots; into real songwriting and real music tracks, with bands going into the studio and playing together — not just piecemealing things. So I think our music is in a really good spot right now.

Walker: We always have fun. And I gotta say that my first experience on the road was with Tracy and he has not lost his passion for being on stage. That’s something you see, as artists mature, they lose their passion. Tracy and I did a few shows together to see what they would be like, and he absolutely still has that burning desire to please the audience. He’s energetic, and both of us together, is like the “Troubador” song—I still feel 25, I think he does.

Tracy: Mentally, I do. The rest of me kind of fights me on that sometimes.

American Songwriter: Clay, I understand you were a fan of Tracy’s before you really got your footing in the industry. What was it about his music that initially drew you in?

Walker: Well, there’s one word that I think signifies great music: ‘soulful.’ It doesn’t matter what genre you’re in, if you don’t have a soulful voice with a soulful song, it is not going to be a classic. The first time I’ve ever heard “Sticks And Stones,” I was like, ‘Oh my gosh, that’s exactly where I want to be.’ I wanted to have that kind of song and start to my career.

As soon as I could drive, I was driving to Best Buy to go buy Tracy’s cassette and that song was on the radio. I got there and it was sold out; I had to go back a week later. So those are the memories you never forget.

And a funny thing happened. That was Tracy’s first single, and mine was “What’s It To You.” I had the second most added first single in country music history. And the only person that ever beat me was Tracy Lawrence with “Sticks And Stones.”

Lawrence: Clay, remember who it was I beat that number with? The guy who held it before me was Mark Chesnutt.

Walker: What’s good about Tracy though is, a lot of times guys can’t follow it up. But he started with a great big song like “Sticks And Stones,” and all he’s done is follow it up. I mean, really one after the other: “Texas Tornado,” “Paint Me A Birmingham,” “Time Marches On.” And there’s plenty more than that. He’s probably better at picking songs and writing songs and anybody else.

Lawrence: Thank you, my friend, I appreciate that. You’ve done pretty well yourself.

American Songwriter: What songs are you looking forward to playing for the upcoming dates?

Walker: I don’t think fans really care that much about new music we do, they want to hear the hits. But as artists, we work our asses off. We have to keep the content coming — new hits, or something that people can listen to a whole bunch. But you try to find the one or two songs off of a new album that you feel like people are either already starting to gravitate toward or ones that you really feel you can deliver live.

We’ve got a new song that debuted on radio this past week. It’s really hard to get into that system, but it came out with great ads on it, so people obviously want to hear it. It’s called “Catching Up With An Ol’ Memory.” I took the title from an old Keith Whitley song, “Between An Old Memory And Me.” So, that’s the one for me I want to perform and promote out there, but I know people are there to hear the hits.

Lawrence: One I’m looking forward to playing that we were working up today is “Don’t Drink Whiskey.” It’s kind of hardcore, the stuff that I sink my teeth into — the love gone, live and make mistakes. This is a powerful song. I wasn’t really looking for any outside material for this last album. But my guitar player brought this song to me, and I was just blown away by the first time I heard it because it’s not just a song to me. It’s something that I’ve lived through; it’s something that we deal with on the road and the excess and overindulgence you live in the music business. And so this one hit me pretty hard.

That’s what I look for outside material, which I think is why I’ve been blessed with being able to pick things that were impactful, and sometimes things that people have missed out on. If it hits me in my heart and cuts me, then I know I can sell it with soul, and I know people will believe it. If I don’t feel it that deep, then it’s not something that’s made for me. 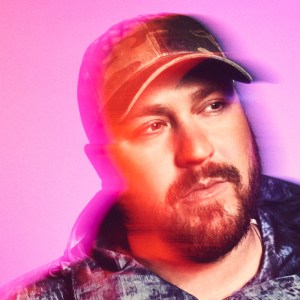