Mitchell Tenpenny has been dealing with the uptown problem of being an in-demand songwriter while finding the time to churn out material as a hit artist. But his latest project goes back to a time before the massive success when he was just writing songs that struck him in the moment without regard for commercial capabilities. Fresh recordings of those older songs make up his winning new EP The Low Light Sessions, which comes out April 15.

Tenpenny, who’ll be performing at the ACM Awards on Monday night (March 7) with Chris Young, took time out of his schedule to talk to American Songwriter about the EP’s eight songs, which are clearly close to his heart. Along the way, he told us why they’re not only a reminder of his past, but also potentially a template for how he might write in the future.

American Songwriter: The songs on The Low Light Sessions are of a much higher quality than your typical cutting-room floor material. Why haven’t they seen the light of day till now?

Mitchell Tenpenny: It’s a good question. When you sign a record deal, everything else changes and it becomes everyone else’s timeline, not yours. It’s just tough to release a lot of music. After the first record, we released a couple of singles here and there. And I’m also a songwriter for other artists. I’m writing songs every single day and you get fired up about the newer songs. You forget about old ones. I wanted something before the next full-length record, and I started looking back on songs that I love. Like John Mayer’s Continuum, I love how he made that record his. I wanted one like that for me, where it was everything that I wanted to do. This was more in the singer-songwriter vein, not trying to write a single for radio or making sure you have a couple of those for the record. If there is one, great. I just wanted to make sure it had a feel to it.

AS: Was it also about showing fans a different side of you as a writer and artist?

MT: 100 percent. A lot of the newer fans want to hear the broken-down, not-as-produced stuff. These are produced, but we didn’t attack it like it needs to be uptempo, radio-type stuff. We just went at it for what felt good. We keep hearing people say they love that side, so we wanted to make sure we could show it.

AS: Tell me about the sequencing of the album, which definitely has an arc to it.

MT: From the very beginning (“Horseshoes And Hand Grenades”), something being so close and not getting it, to the very end, where I wrote that song (“The Way You Are”) in quarantine by myself about my fiancé and finding the one, it kind of goes through my life in the last five years in different ways. The sequence is important. I hope people listen to it from beginning to end. I miss that. I’m a vinyl guy. Even CDs, I love just putting them in and letting them play. I wanted to make sure that this felt that way like it was a movie. We just did a music video for the whole concept of it. It’s a longer video, and it’s fun to play through the whole thing.

AS: Looking at the individual songs, I was struck by “Dear Jesus.” It was written before all of the turbulent times of the past few years, yet it feels like it could have been inspired by all of that.

MT: That was another point to that stuff: Which songs still hold up to this day? Which songs are still me? I remember that guy when I wrote it. But it’s been five years. I’ve changed a lot of my opinions on a lot of things. I remember writing that song in a small room downtown. Something was going on downtown, like a protest or something. My Mom was saying, “Hey, be careful, they’re blocking traffic.” I remember thinking if people are out there protesting something, they must really feel like something’s going on. Something is wrong. Let’s write a song about that. The song was actually called “We Need Jesus” at first. When I started cutting it in the studio, I thought “We Need Jesus” is telling everyone what to do, and I don’t ever want to tell someone what to do. I don’t like politics, I don’t like talking about them, I don’t care what you believe in. So I didn’t want to force it. Let’s just change the title to “Dear Jesus” at this point. I’m just going to get down on one knee at the end of it. It changed a little bit over time, but this is still the same stuff that was going on when we wrote it. It’s pretty crazy that it held up that long.

AS: Speaking of your Mom, did she have to sign off on the lyrics of “Mama Raised The Hell Out Of Me?”

AS: Knowing you’re in a happy relationship now, what was it like looking back to some of the relationships that didn’t work out for this record?

MT: I seem to do that quite a bit (laughs). I love writing breakup songs when I’m happy. It’s fun to go back and think about those emotions and remember why it was. A lot of people think those are the hard times in the past, but I like reflecting on that stuff. I think it gives a good perspective on where you’re at now. Just thinking about what kind of man I was then, why did that relationship not work. If I had done things like I do today, would we still be together and would I want to still be together? There are a lot of questions like that you think of that are interesting to me.

AS: Was there anything that surprised you when you looked back to the older songs?

MT: The older ones, I miss writing that way. I’ve gotten so into the formula if that makes sense. Like “We gotta write the single for this guy.” I miss just going into the room and writing not knowing shit about the business, just fucking writing again. Hearing those songs, I was like “I miss that guy writing those songs. Let’s get back to that because those are cool songs.” I like the way that I approached songwriting then, more so in some ways that I do now. I’m trying to get back to that. That’s why these songs stuck around a lot longer. When I heard them, they brought me back to a place. There are some songs where I hear a demo and I don’t even remember who I wrote it with or what room I was in when I did. But every one of these, I remember the whole day. And I think there’s a reason for that. 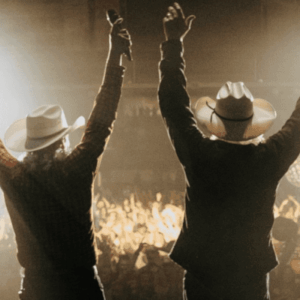 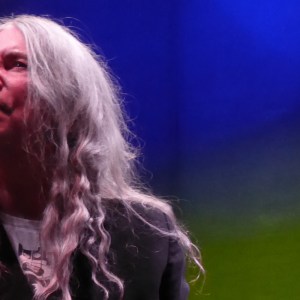