Alabama is a band with many sides. They have swampy, blues tunes, syrupy pop hits, and classic bluegrass grooves. With all of this in tow, they dominated the ’80s country scene with more than 20 No. 1 hits in that decade alone. Since then, songs like “Dixieland Delight” and “Song of the South” have become anthems for the blue-collar and are counted among the greatest hits of their era.

Save the chart-toppers though, much of Alabama’s catalog could use a once-over. Their album cuts often get lost behind the singles, leaving much to be explored. We did a little digging around ourselves and found some songs to get you started. In honor of Jeff Cook who passed earlier this week, here are five deep-cut tracks from Alabama that you should be listening to.

1. “Katy Brought My Guitar Back Today”

Though Rhett Atkins’ version of this Mickey Cates/John Jarrard-penned tune has exceeded Alabama’s in popularity, the band’s version holds something special. Owen opens the song alone with a pained delivery of the line Katy brought my guitar back today / That’s how she let me know it’s all over. In the chorus, the listener is gifted that classic harmony the group made their name on.

“Back to the Country” makes use of a haunting melody that makes the lyrics seem like the trio is escaping the big city to avoid a far graver threat than homesickness. Nevertheless, it’s their roots that the group is striving for in this cut from Southern Drawl. Complete with a whining fiddle solo and shuffling banjo riff, this track is as country as country gets.

Alabama reminisces about ’50s rock in this deep cut to great appeal. The group sings about “Sock Hoppin’ Honies” and “Bee Boppin'” around town underneath a classic “Chuck Berry” riff. Leaning into the rockier side of this sound, “(I Wish It Could Always Be) ’55” makes for something unique in the Alabama catalog.

1.2.3 ain’t we having fun now? is the opening line to “Gonna Have a Party” and we have to say, after listening to this one, the answer is “yes.” The group sings about throwing a party for the distinct purpose of inviting one particular girl over – a sort of countryfied Jay Gatsby. It’s a blithe track that doesn’t aim for anything loftier than a good-time jamboree. In that pursuit, they succeed tenfold.

If there is one thing Alabama does better than most it’s a ballad. Because they have such a plethora to their name, so many go underappreciated. “My Love Belongs to You” is one such song. My soul belongs to heaven / my feet belong to my shoes / oh but baby, my love belongs to you, they sing in this 1995 cut from In Pictures. It’s as tender an ode as they’ve ever put out and worthy of a listen. 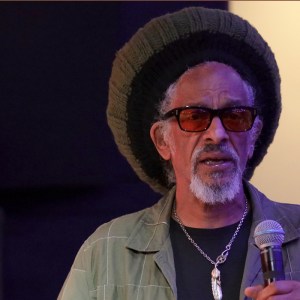