Miley Cyrus has been a cultural force since the moment she donned that blonde wig and started singing about the follies of being a teenage superstar. Since dropping the Hannah Montana name, Cyrus has continually raised the bar in pop music by never being afraid of reinvention.

Though every era of Cyrus’ sound has managed to amass a fanbase, her consistent switching up may have left some less-loyal fans in the dust. Entire albums have gone under the radar – including Miley Cyrus & Her Dead Petz – and her earliest days may be unknown to the fans that have jumped on the Cyrus bandwagon in the last few years. Regardless of how it happened, if you need an update on your Cyrus knowledge, find five of her best deep cuts below.

The entirety of Miley Cyrus & Her Dead Petz could be considered a deep cut. Though her die-hard fans will have no doubt well picked it over, the highly experimental album is more-or-less unknown to the casual listener.

“Cyrus Skies” is one of the least streamed songs on the album making it a shoo-in for deep-cut status. The track is a stunning showcase of Cyrus’ lower register and has a big-band swing to it. The remnants of Cyrus’ Bangerz-era edge mixed with something classic makes “Cyrus Skies” worth listening to at least once.

Taking things back to the early days of her career, “Full Circle” appears on the singer’s sophomore record, Breakout. It is in stark contrast to the hard-edged rock she peddles these days. Back then, she was sticking to pristine pop that made the transition from Hannah Montana easier to stomach.

Despite clearly finding more freedom in her newer offerings, songs like “Full Circle” are still as catchy as ever and deeply nostalgic for many a Cyrus fan. To add to the late ’00s vibes, the track is rumored to have been written about her then-boyfriend Nick Jonas. A power couple of the Disney scene if there ever were one.

Moving on to Bangerz, we’ve chosen to highlight “Rooting for My Baby.” While most of the 2013 album is high-energy, well…bangers, this track is markedly subdued.

Musically, this track delved into the indie pop, blues and soul realms. There is even a hint of a country twang in there. Lyrically, she sings about toughing out the rough patches in her relationship telling her partner I know that you go through a lot but, not-to-worry, Cyrus is always rooting for my baby.

If she added a few expletives in there, “Kicking and Screaming” could probably find a comfortable home on Plastic Hearts, despite being released soon after her Hannah days. The heavy rock-inspired track was a precursor to songs like “Can’t Be Tamed,” which shed her girl-next-door image once and for all. Cyrus’ voice is best when it’s on the rockier side and this track is no exception.

We couldn’t let this list go by without taking a look at a track from Younger Now – one of her most underrated albums to date. The country-steeped album saw her take a turn back to the earliest days of her career.

While the Dolly Parton-assisted “Rainbowland” and the blissful “Malibu” are deservedly standouts from the record, there are a number of hidden gems on the LP, among which is the scathing “Love Someone.” During this time, Cyrus was working through her relationship with Liam Hemsworth and this track showcases the darker periods of that struggle. 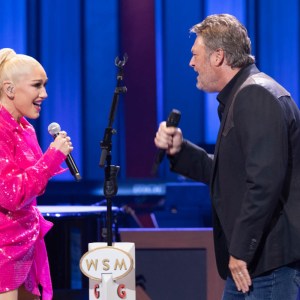