Starting out with Fall Out Boy’s Pete Wentz in the band Black Cards in 2010, Bebe Rexha went on to pursue her own projects by 2012 and was writing songs for Eminem, Selena Gomez, South African artist Nikki Williams and more, after being signed to Warner Records.

Years apart from her first songwriting credit—in K-Pop—Rexha’s collaborations over the past decade have crossed country, hip hop, pop, dancehall, electronic, and beyond from “Me, Myself & I” with G-Eazy in 2015, and “Meant to Be” with Florida Georgia Line in 2017, which earned the Brooklyn, NY native a Country Music Award, 2019 Chainsmokers’s single “Call you Mine” and “Baby I’m Jealous,” featuring Doja Cat in 2021.

Releasing her debut album, Expectations, in 2018, and the follow-up, Better Mistakes, in 2021, Rexha has continued writing on the peripherals of her own music.

Here are five songs Rexha wrote for other artists over more than a decade.

It started with K-Pop for Bebe Rexha, who co-wrote the title track for South Korean group, Shinee’s second album, Lucifer, in 2010. The electronica single, comparing a lover to the devil, was also featured in the series Lucifer, based on the DC Universe version of Beelzebub, and even charted for 57 weeks on the Billboard World Digital Song Sales chart.

Even if I try to avoid you
I can’t find a place to hide
I can’t even deny you
I’m trapped by you
If it was love, if you really loved me
Then don’t do this to me
Her whisper is the Lucifer
The Lucifer

Off Eminem’s eighth album, The Marshall Mathers LP 2, “The Monster” is the rapper’s fourth collaboration with Rihanna, following “Love the Way You Lie,” and “Love the Way You Lie (Part II),” both released in 2010, and the 2012 single “Numb.” Prodding the negative impact of fame on the psyche, “The Monster” was originally going to be used for Bebe Rexha’s debut—and was originally titled “Monster Under My Bed”—but was reworked for Eminem.

Initially written by Rexha during some early recording sessions in Harlem, New York in 2012, the hook for “The Monster”—I’m friends with the monster that’s under my bed—came out of a very dark place for the artist. “Figuring out where you are in life and trying to make shit work for yourself—it gets to you,” said Rexha in a 2013 interview. “You get super down on yourself. I was just trying to get out of a depressed phase.”

I ain’t here to save the fuckin’ children
But if one kid out of a hundred million
Who are going through a struggle feels it and relates, that’s great
It’s payback, Russell Wilson
Falling way back in the draft
Turn nothin’ into somethin’, still can
Make that, straw into gold, chump, I will spin
Rumpelstiltskin in a haystack
Maybe I need a straight jacket, face facts
I am nuts for real, but I’m okay with that

Selena Gomez broke into the top 10 with the hit “Come & Get It,” off her 2013 debut, Stars Dance. Working with a collection of writers, Bebe Rexha also helped pen the reggae-dipped dancehall track “Like a Champion” for the album.

Tonight, we come alive
Stand up, ’cause you got the pride
Dancing, and the sweat don’t dry
One shot, so baby, hit it right
No doubt, ’cause we’re young and free
Walk like you run the city
Write your name in the sky
Live it up, ’cause baby, it’s your time

Part of a team of writers, Bebe Rexha was called in to help out with the hooks for Iggy Azalea’s
‘Team.” Rexha later shared a story about how a guy once tried to pick her up saying “you look like a three-day weekend,” and it became the title of the next song Rexha would write for Azalea. Like “Team,” the second song Rexha wrote, “Three Day Weekend,” was originally a track for Azalea’s 2016 album, Digital Distortion, which was later scrapped.

You gotta set the score right, call it Hans Zimmer
My time wherever I go
I took a chance like I’m from Chicago
Hundred-plus in that Murcielago
‘Bout to go ape, hey, yurn it to the cango

Nick Jonas co-wrote a majority of the tracks on his third album, Last Year Was Complicated, which also featured collaborations with Big Sean, Tove Lo, and Ty Dolla $ign. For the sultrier pop track “Under You,” Bebe Rexha had a hand in the writing along with Max Martin and a handful of other writers.

“When I first started making it, I thought I knew what it would be about,” said Jonas of the album. “Then I had a breakup. It then became very clear what this thing would be about, and that I would need to dig really deep. Shit is too real sometimes. Reliving some of these real-life experiences through this music is hard.”

I was so foolish on some stupid shit
Should have never let you go, no
Knowing that you left messes with my head
Shadows of you haunt me now 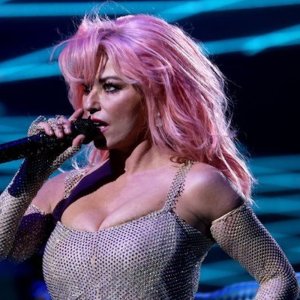