Billie Joe Armstrong once asked his guitar teacher “How do you write a song?”

Taking that advice and running with it on hits, “When I Come Around,” “She,” “Longview,” “Basket Case,” “American Idiot,” and more with Green Day, Armstrong has shared some lyrics for outside projects, collaborations and other artists’ releases—everyone from Jesse Malin, and The Go-Gos to his 2013 Norah Jones collaboration on Foreverly and a track for fellow Bay Area punks Rancid.

“It’s so important to try and be as honest as you possibly can with your audience,” added Armstrong of songwriting. “When people find a deep connection, it’s because you’re trying to find your own connection inside of yourself. I think that that’s the thing that actually ends up transcending.”

Here are five songs Armstrong has written outside of Green Day.

At one point, Billie Joe Armstrong nearly joined Rancid as a guitarist but turned it down. Nevertheless, Armstrong and Green Day were still tight with their fellow Bay Area punks. He even co-wrote “Radio” off the band’s second album, Let’s Go. In 2015, Billie Joe and Rancid’s Tim Armstrong collaborated on The Armstrongs and released the single “If There Ever Was A Time,” benefitting 924 Gilman, a non-profit, all-ages East Bay punk venue where Green Day and Rancid played earlier in their careers.

“Unforgiven” was the first song The Go-Go’s released since the 1994 single “The Whole World Lost Its Head.” Off the band’s fourth album God Bless the Go-Go’s—also the band’s first album in 17 years following the 1984 release, Talk Show—the power punk track was written by Go-Go’s guitarists and songwriters Charlotte Caffey and Jane Wiedlin along with Billie Joe Armstrong.

Confessing every sin doesn’t make me a saint
Even though it’s obvious, I’ve changed
Once I forgave you but I did not forget
Now I’m taking back everything I said

You’re unforgiven, so go on living
Knowing that I’ve unforgiven you
And my Thanksgiving came the day
I saw it was okay to unforgive you

Formerly Matt Grocott and The Shrives, the UK band grabbed a song Billie Joe Armstrong had written for their first and only album Back In The Morrow, which was not released until 2017, two years after “Turn Me On” dropped and recorded at Green Day’s Jingletown Studios. Formed by Matt Grocott, The Shrives also featured Armstrong’s son, drummer Joey Armstrong (formerly with SWMRS), and Billie Joe on bass for the recorded tracks.

Off the Los Angeles ska-punk band The Interrupters’ 2018 epic album, Fight The Good Fight, “Broken World” was written while Armstrong and Interrupters guitarist Kevin Bivona were in Chile playing a show with Green Day. “There were a couple of hours before we had to go to the airport, so we were hanging out with Green Day and their families,” said Bivona. “It was an amazing experience, and [Billie Joe] goes, ‘Hey, I have an idea for a song that I think could be a really cool Interrupters song.’ And he grabbed a guitar, and he kinda pulled Aimee [Aime Allen, Interrupter vocalist] and I aside and he played it for us … and we said, ‘Yes. We love it.’”

When it’s dark as a dungeon can you be a light?
Can you bring peace in the middle of a fight?
When you see separation can you unite?
And when you see ’em doing wrong can you do what’s right?

Jesse Malin’s eighth album Sunset Kids features collaborations with Lucinda Williams, Alejandro Escovedo, Holly Ramos, and one track, co-written with Armstrong. “Strangers & Thieves” wasn’t the first collaboration between the two, but Malin initially had the chorus of the song back when the pair released “Depression Times” in 2010 as the Rodeo Queens—a side project also featuring Green Day members Tré Cool and Mike Dirnt.

Lucinda Williams, who also produced Sunset Kids, urged Malin to revisit the song for the album. After a walk around some old East Village haunts, Malin and Armstrong later combined lyrics, reminiscing on old-school NYC haunts and Armstrong’s own parallel experiences around the Bay area scene in California.

“Somehow, we all found each other,” said Malin, “just being outcasts looking for real music and like-minded trouble.”

I been thinking bout you lately
I’m lost and I’m lonely in the tenements of life
I never really had a family
It’s alright, I really could use a friend 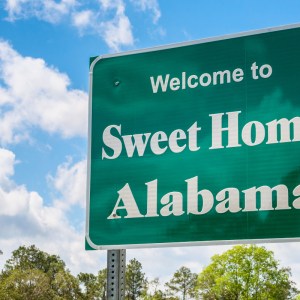 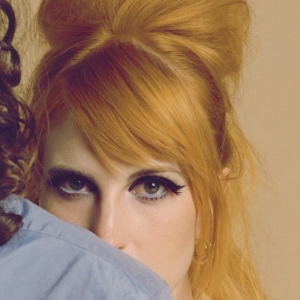