Though David Bowie had quite the assemblage of collaborations throughout his career—producing Lou Reed’s mind-bending Transformer with his Spiders From Mars guitarist Mick Ronson, writing “Fame” with Lennon, his duet with Freddie Mercury on Queen’s “Under Pressure,” Tin Machine union, and Trent Reznor’s production on the Bowie- and Brian Eno-penned “I’m Afraid of Americans”—the Starman also wrote a number of songs specifically for other artists.

By the early ’70s, Bowie produced Mott the Hoople’s fifth album All the Young Dudes, also penning the title track, then wrote songs for Ronson’s solo debut, but most of his writing and production work centered around friend and collaborator Iggy Pop. Following the duo’s brief sojourn to Berlin in 1976, Bowie produced and wrote his own musical trifecta (including Low and Heroes) along with Pop’s 1977 debut and follow-up Lust for Life, both released that same year.

Though the quantity of songs Bowie wrote with and for Pop outnumber other collaborations throughout his career, here’s a look at five songs you may not have known Bowie wrote for other artists.

“All the Young Dudes,” Mott the Hoople (1972)
Written by David Bowie

As he was producing Mott the Hoople’s fifth album All the Young Dudes, Bowie also wrote the title track. Bowie ended up writing “All the Young Dudes” in Mott the Hoople frontman Ian Hunter’s flat after the band refused the first song he had offered them—”Suffragette City.” The song, considered a glam rock anthem, went to No. 3 in the U.K. made its wave internationally, and into the Top 40 in the U.S. In 1972, Bowie also recorded his own version of the song during the Aladdin Sane sessions but didn’t release it until his 1995 compilation Rarestonebowie.

Then-guitarist of David Bowie’s Spiders from Mars, when Mick Ronson released his 1974 debut Slaughter on 10th Avenue Bowie wrote three songs on the album, including “Growing Up and I’m Fine,” along with “Pleasure Man / Hey Ma Get Papa,” co-written with Ronson and Scott Richardson, and the English lyrics to “Music is Lethal” by Lucio Battisti.

Even though Bowie recorded “Golden Years” for his 1976 album Station to Station, the song was never meant for him. He originally wrote it for Elvis Presley. “There was talk between our offices that I should be introduced to Elvis and maybe start working with him in a production-writer capacity, but it never came to pass,” said Bowie. “I would have loved to have worked with him. God, I would have adored it.” Presley did send a note to Bowie. “All the best,” he said, “and have a great tour.”

In 1976, Bowie and Pop decided to relocate to Berlin for the sake of sobriety. Pop had just parted ways with The Stooges two years earlier and Bowie had released his 10th album Station to Station. In Germany, Bowie was writing his own “Berlin Trilogy”—1977 releases Low and Heroes, and Lodger, released in 1979—and in this time, he also wrote songs for Pop’s debut, The Idiot, and subsequent Lust for Life, both released in 1977. Produced by Bowie, The Idiot boasted a newly minted Pop with the intoxicated “Funtime” and “China Girl,” which would later get its hit status when Bowie recorded it for his 1983 album Let’s Dance.

Though “China Girl” ultimately peaked higher in the charts for Bowie, “Nightclubbing” was a standout track for Pop and covered by multiple artists. Grace Jones covered “Nightclubbing” and also used it as the title of her fifth album in 1981, and the song was also covered by bands like The Human League, sampled on Oasis’ “Force of Nature,” and was even performed by Peter Murphy, and Nine Inch Nails’ Trent Reznor, Atticus Ross, and Jeordie White. “Nightclubbing” was also featured along with “Lust for Life” in the soundtrack to the 1996 film Trainspotting.

Writing everything but “The Passenger,” penned by Ricky Gardiner, and Pop’s “Sixteen,” Bowie wrote and co-wrote seven of the nine tracks on Pop’s 1977 Lust for Life, including “Tonight,” which Bowie later recorded with Tina Turner, and one of Pop’s biggest hits “Lust for Life.” Originally written on the ukulele with Pop, the recorded version of “Lust for Life” bursts open with Hunt Sales’ drum beat.

The title pulled from the Vincent Minnelli-directed 1956 film of the same name covering the life of artist Vincent Van Gogh and starring Kirk Douglas, “Lust for Life” references the 1962 William S. Burroughs novel “The Ticket That Exploded”—Here comes Johnny Yen again… Yeah, something called love / Well, that’s like hypnotizing chickens. Though upbeat, “Lust for Life” also captures the proclivity for and chaos of addiction. 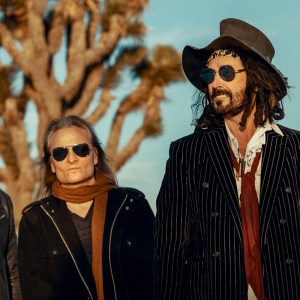