The producing and songwriting duo of Nine Inch Nails’ Trent Reznor and Atticus Ross is unmatched. Though both artists have individually written and produced, when the two have come together, they’ve won the Academy Award for the Best Original Score for the 2020 Pixar animated film Soul, and previously picked up a Grammy Award for Best Score Soundtrack for Visual Media for the 2012 film The Girl with the Dragon Tattoo.

In 2019, Reznor and Ross also earned an Emmy for their work on HBO’s Watchmen, putting them on track for an EGOT (winners of an Emmy, Grammy, Oscar, and Tony award). A year later, the duo was also inducted into the Rock & Roll Hall of Fame as part of Nine Inch Nails.

We took a look at five songs written by the duo, or separately, throughout the years, from the mid-’90s through Twilight, and Halsey.

“Go All the Way (Into the Twilight),” Perry Farrell (2008)
Written by Atticus Ross, Perry Farrell, and Carl R. Restivo

Written for the soundtrack to the 2008 vampire drama Twilight, starring Robert Pattinson, Kristen Stewart and Taylor Lautner, “Go All the Way (Into the Twilight),” was recorded by Farrell and co-written with Atticus Ross and Carl R. Restivo. The soundtrack also features songs by Paramore, Muse, Collective Soul, Iron & Wine, and more.

Though more of a stretch, Trent and Ross did receive credit for the Lil Nas X hit since the backing track of the song features of portion of Nine Inch Nails’ 2008 song “34 Ghosts IV.” Initially released in 2018 by Lil Nas X, it wasn’t until the song was rereleased a year later as a remix featuring country singer Billy Ray Cyrus, that it took off. The song, featured on Lil Nas X’s debut EP, 7, and reached No. 1 on several international and U.S. charts, including the Billboard Top 100 and Hot R&B/Hip-Hop Songs chart.

Canadian singer, songwriter and model Charlotte D’Alessio, also known as Charlotte Lawrence, released “Navy Blue,” produced by Charlie Puth, Andrew Watt and RyanTedder, on her 2021 EP Charlotte. Singing Don’t say the words we know are true / Just one more lie, it’s not much to lose / Pretend that I’m not wrong for you, the song, according to Lawrence, is about a toxic relationship. “I wanted to write about the toxic relationship in the sort of way that compared it to the color navy blue,” said Lawrence. “I think if you were asked to think of the darkest color ever, you would think it’s pitch black, like midnight black, with no light at all. If I were to say, ‘Oh my gosh, this relationship is midnight black. It’s so dark, there’s nothing left of it,’ that would kind of mean that this relationship is so horrible, it’s so toxic, that there’s no saving it, there’s no going back, you can’t have one more moment in this relationship because it’s horrible for you.”

“You Asked for This” Halsey (2021)
Written by Trent Reznor, Atticus Ross, Halsey, and Greg Kurstin

Though, Reznor and Ross produced the entirety of Halsey’s fourth release If I Can’t Have Love, I Want Power in 2021, the duo only wrote two songs that appeared on the album, “The Tradition” (along with Halsey and Greg Kurstin) and “You Asked for This,” as well as bonus track “People Disappear Here.” 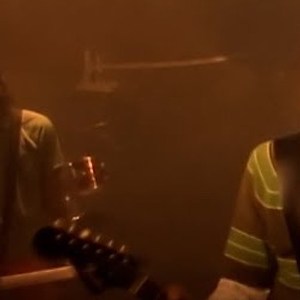