The Lake Placid blue 1969 Fender Mustang that the late Nirvana frontman Kurt Cobain used in the band’s 1991 music video for “Smells Like Teen Spirit” was sold at an auction in New York City for $4.5 million.

Sold at Julien‘s Auction House, Cobain’s Fender was initially estimated to sell for $600,000 to $800,000 and ultimately sold for nearly $5 million to the Jim Irsay Collection of Indianapolis after a worldwide bidding war.

The guitar was also used during the recording of Nirvana’s albums Nevermind and In Utero and by Cobain during numerous live performances.

“To have this legendary guitar, one of the most culturally significant and historically important guitars of Kurt Cobain and in all of rock music history return to my home state of Indiana to be part of Jim Irsay’s renowned memorabilia collection is a great honor and personal highlight of my life,” said Darren Julien, president, and chief executive officer of Julien’s Auctions, in a statement. “This once-in-a-lifetime auction has been one of the greatest privileges in my professional career and I’m duly pleased that the proceeds will also bring much-needed attention to mental health awareness.”

In 2020, Julien’s Auctions also sold Cobain’s 1959 Martin D-18E acoustic-electric guitar, which he played during Nirvana’s 1994 MTV Unplugged performance, for $6 million, making it the most expensive guitar ever sold at auction.

The “Smells Like Teen Spirit” Fender was one of several pieces by iconic artists being auctioned off. Other items included Johnny Cash’s 1956 Martin brand, model D-21 acoustic guitar, which sold for an astounding $437,500; Madonna’s pink Marilyn Monroe-inspired gown and accessories from the 1984 “Material Girl” music video, which sold for $287,500; Bruce Springsteen’s handwritten “Born to Run” lyrics, which sold for $44,800; and Waylon Jennings’ custom Fender Telecaster, which sold for $179,200. All auctioned items totaled $15 million in sales for Julien’s Auctions.

In support of Mental Health Awareness Month, the Cobain family is donating a portion of the proceeds from the sale of the guitar and other select Cobain items to Kicking The Stigma, the Irsays’ initiative to help raise awareness about mental health disorders and remove the stigma associated with these illnesses.

Other Cobain items that sold at the auction, include his 1965 “Baby Blue” Dodge Dart 170 4-door sedan,­­ which was owned by Cobain’s sister Kim Cobain for the past 28 years, as well as his 1985 Iron Maiden “Killers” skateboard deck artwork featuring Maiden mascot Eddie, and Cobain’s original artwork of Michael Jackson with an accompanying NFT. 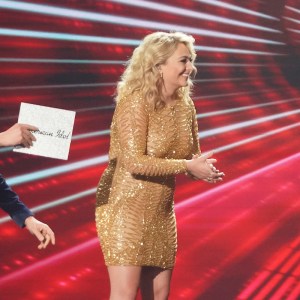 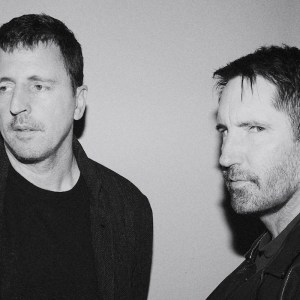