First impressing Motown Records founder Berry Gordy with his notebook of songs—from his earliest days writing for and helping lay the foundation of the hit-making label, working with his own group The Miracles, and penning their top-charting “You’ve Really Got a Hold on Me,” “The Tracks of My Tears” and “Shop Around” from 1955 through 1972—Smokey Robinson was a natural-born hit-maker.

Throughout the 1960s and ’70s, Robinson also wrote for other artists, everyone from The Supremes, The Temptations, and Marvin Gaye, and continued to work with Motown Records until 1990.

“I was always involved in the whole thing, writing songs and producing people like Mary Wells, the Temptations, Marvin Gaye, and The Marvelettes,” Robinson told American Songwriter in 2019. “The atmosphere was very, very go forth and do your own thing. I had a little more leeway than the other people did because I was there when it started. It wasn’t that structured or uniform for me. I basically did what I wanted to do. Everybody was enthusiastic. It was a wonderful time period.”

Once The Miracles’ run ended, Robinson continued on with his solo career releasing hit after hit like “Being With You,” “Just to See Here,” “One Heartbeat,” and “Cruisin’.”

“What makes a song is a timeless thing,” said Robinson. “That’s why I very seldom write songs about dances, cars, or political stuff because all that stuff is passé. What’s here today, politically or with cars or dances may be gone tomorrow. I basically write about love and live things because they are always current.”

Now 82, Robinson, who was inducted into the Rock and Roll Hall of Fame in 1987 and honored with a 2002 National Medal of the Arts, continues to write new songs and is currently finishing two new albums—one in English and another in Spanish.

Though he admits to laboring over some songs, there’s no particular songwriting process for the Motown legend. “It just happens,” he said. “I look at it as a gift from God.”

He added, “A lot of people make records and there are a lot of records that sell, and those songs are never rerecorded. To me, a song is a song that lives on and on and on and on even after the write is gone, and that’s what I look for.”

Here’s a look at 5 hit songs you may not have known Robinson wrote for other artists throughout his earlier career.

Throughout his career, Robinson wrote and co-wrote a collection of songs for the “The First Lady of Motown” and founding member of The Supremes, Mary Wells, including her first Top 10 hit “The One Who Really Loves You” and her most memorable No. 1 “My Guy,” which he also produced.

Other songs written (or co-written) for Mary Wells by Smokey Robinson: “The One Who Really Loves You” / Two Lovers” / “Operator” / “You Beat Me To the Punch” / “Laughing Boy” / “Two Wrongs Don’t Make a Right” / “Your Old Standby” / “What’s So Easy for Two Is So Hard for One”

“My Girl,” The Temptations (1964)
Written by Smokey Robinson and Ronald White

Robinson wrote The Temptations’ first hit “The Way You Do the Things You Do,” while tasked with the challenge of figuring out who should sing lead on the song. In the end, the song featured Temptations vocalist Eddie Kendricks. When the song didn’t hit the Top 10, Robinson returned to the group with megabit “My Girl,” which he specifically wrote for Temptations member David Ruffin’s voice. A classic of the Motown era, the song became a No. 1 hit.

Other songs by The Temptations written (or co-written) by Smokey Robinson: “The Way You Do the Things You Do” / “Since I Lost My Baby” / “Get Ready” / “More on the Inside”

“Don’t Mess with Bill,” The Marvelettes (1965)
Written by Smokey Robinson

Before The Supremes and other female groups of the 1960s, The Marvelettes already had a No. 1 hit in 1961 with “Please Mr. Postman,” the first chart-topper for Motown Records. When the group needed a little pick-me-up in the hits department by the mid-’60s Robinson wrote up “Don’t Mess with Bill,” which pushed The Marvelettes back into the Top 10. Featuring vocals by Wanda Young (wife of Miracles member Bobby Rogers), the song peaked at No. 3 on the Billboard R&B Singles chart and No. 7 on the Hot 100. A year later, Robinson wrote another hit for the group, “The Hunter Gets Captured by the Game,” which peaked at No. 2 on the R&B chart, and has been covered by everyone from Massive Attack, Grace Jones, and Bette Midler.

Marvin Gaye could write his own songs just fine, but in 1965 he did work with Robinson, recording two of his songs “I’ll Be Doggone” and “Ain’t That Peculiar,” which both topped the charts and appeared on his seventh album Moods of Marvin Gaye in 1966. Featuring Motown session singers The Andantes on backing vocals, “Ain’t That Peculiar” addresses a painful relationship—Oh, you tell me lies that should be obvious to me / But I’m so much in love with you, baby, ’till I don’t want to see / That things you do and say are designed to make me blue / It’s a doggone shame my love for you makes all your lies seem true.

Other Marvin Gaye songs written (or co-written) by Smokey Robinson: “I’ll Be Doggone” / “One More Heartache” / “Take This Heart of Mine”

Smokey Robinson and The Miracles’ Frank Wilson wrote “Still Water (Love) for The Four Tops. Produced by Wilson, the song appeared as a B-side, and appeared on the group’s 1970 album Still Waters Run Deep. The song features The Miracles’ Marv Tarplin on guitar along with The Andantes’ Jackie Hicks, Marlene Barrow, and Louvain Demps shouting out still water. 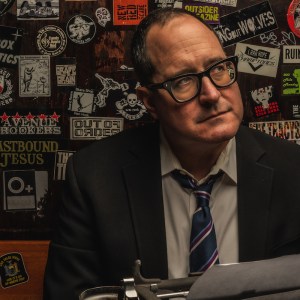