In 2019, Missy Elliott made history. The five-time Grammy-winning singer, songwriter, and producer was the first female rapper to be inducted into the Songwriters Hall of Fame.

Even before debuting with Supa Dupa Fly in 1997, Elliott was already writing for and producing other artists. Credited by her real name Melissa A. Elliott, the rapper has written and produced songs for Janet Jackson, Whitney Houston, Aaliyah, Destiny’s Child, Mariah Carey, Fantasia, and Monica, from the mid-’90s to the 2010s.

Here are seven songs Missy Elliott has written for other artists for nearly 30 years.

1. “One In A Million,” Aaliyah (1996)
Written by Missy Elliott and Timothy Z. Mosley (Timbaland); Produced by Timbaland

Coming off the major success of her 1994 debut, Age Ain’t Nothing But a Number, produced by R. Kelly, then newcomers, Missy Elliott and Timbaland, were brought on board to write one song for her second album, which turned into eight tracks, including the hit single “One In a Million.”

Baby, you don’t know what you do to me
Between me and you I feel a chemistry
I won’t let no one
Come and take your place
‘Cause the love you give, it can’t be replaced

So, no one else love me like you do
That’s why I don’t mind to spend my life with you
I want to please you in any way I can
I want to share my world, don’t you understand?

Timbaland and Elliott formed a tight bond with Aaliyah after working on the album and ended up co-writing “Are You Feelin’ Me?” one of several tracks performed by Aaliyah for the soundtrack of the 2000 martial arts action film Romeo Must Die, which featured the late actress in her film debut and first starring role, alongside Jet Li.

The pair also wrote and composed tracks on Aaliyah’s third and final self-titled album, which was released more than a month before the R&B singer’s untimely death on Aug. 25, 2001, at the age of 22.

Released on her sixth album Butterfly, “Babydoll,” which was never released as a single, showcases Carey’s buttery vocals dripping over tantalizing lyrics:

Off Whitney Houston’s fourth album, My Love Is Your Love features songs written by everyone from Wyclef Jean, David Foster, Lauryn Hill, and Babyface. Missy Elliott produced and co-wrote “In My Business,” along with Kelvin “K.B.” Bradshaw and Lloyd “Spec” Turner, a song examining some of the outside noise and external jealousies surrounding a relationship.

Why they all in my business
It’s just too ridiculous
I can’t get no sleep
They just keep warning me
Should I believe it
They say I don’t need it
Don’t they know I made up my mind, my mind

Missy Elliott co-wrote and produced “Confessions” for Destiny’s Child’s second album, The Writing’s on the Wall. The album debuted at No. 5 on the Billboard 200 in 1999, earned Destiny’s Child six Grammy nominations, and was certified platinum eight times, selling more than 6.4 million copies in the U.S. alone. For the Japanese edition of the album, Elliott also penned the track “Get on the Bus” with Timbaland, who is also featured on the track.

Originally written for TLC’s third album, FanMail, Missy Elliott ended up producing “Where My Girls At?” with Keybeats for the R&B group 702 as the first single off the group’s self-titled album. Elliott also co-wrote and produced the 702 track “Gotta Leave” with Eric Seats and Rapture Stewart.

Now of these other chicks don’t even come close to you
Anythin’ less than a dime, ain’t negotiable
There holla Fabolous when I swing the Testarossa through
Maybe cause I’m close to Clue, I be in posters too
I rock so much ice, you need shades for a closer view
I beep the horn, that’s the most I do
Like what this player supposed to do
Fuck it, pack your bags, let’s spend the weekend in Costa boo
You feelin’ that?

Missy returned to work with former Destiny’s Child singer Beyoncé for her 2003 debut, Dangerously in Love, writing the track “Signs.” Though the song was never released as a single, the album earned Beyoncé five Grammy awards in 2004, including Best Contemporary R&B Album.

I was in love with a Sagittarius he blew my mind
He also had a flip side too much like a Gemini
He was freaky like a Taurus the way he handled me yeah
Flirtatious like and Aries
Which sign is best for me?

Mostly a personal collection of songs, Janet Jackson’s 11th album, Unbreakable, explored some subjects close to the artist’s life, including the death of her brother Michael in 2009 and aspects of her childhood. “Burn It Up” is a more uptempo synthesized track that makes a break for the dance floor.

“Burn It Up!” also marked the fourth time Jackson and Elliott collaborated. The two first became friends while working on Jackson’s 1998 hit “Son of a Gun”—off Jackson’s seventh album, All For You—which also featured Carly Simon, who also helped co-write the track. 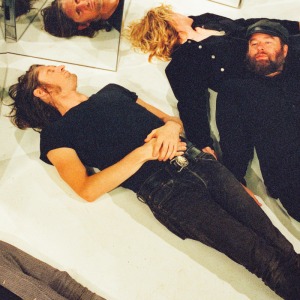