Throughout a career spanning 70 years, Quincy Jones has become one of the most influential figures in music, first as a musician throughout the 1950s, then as a composer, arranger, and producer in the ’60s as well as a record producer, television and film producer, and songwriter.

Born on March 14, 1933, Jones started out as a jazz trumpeter, working his way to Dizzy Gillespie’s band in 1956 while fine-tuning his skills as a composer, arranger, and producer, eventually working with artists like Ray Charles, Count Basie, and Duke Ellington by the late ’50s—even setting the arrangement of Big Maybelle’s 1955 song “Whole Lotta Shakin’ Goin’ On” before it became a hit by Jerry Lee Lewis two years later—and eventually as a songwriter and an artist himself.

Throughout the 1960s, Jones started scoring films, including the 1967 Sidney Poitier classic In the Heat of the Night and the Richard Brooks-helmed, Truman Capote-inspired In Cold Blood, and also went on to work as a television producer.

Crossing over from being a musician to more of a songwriter and a producer, by the 1960s, Jones continued working with some of the biggest names in soul, funk, jazz, and pop, producing everyone from Lesley Gore and her two biggest hits “You Don’t Own Me” and “It’s My Party” to his former boss Dizzy Gillepsie’s 1963 album New Wave!

By the 1970s, Jones also produced Aretha Franklin’s 19th album Hey Now Hey (The Other Side of the Sky), before suffering a brain aneurysm in 1974. In 1979, Jones was back and produced Michael Jackson’s groundbreaking debut Off the Wall.

After forming Qwest Records in 1980, Jones worked with Jackson several more times, producing his hit albums Thriller in 1982 and Bad in 1987, along with the 1985 U.S.A. for Africa charitable hit “We Are the World,” undoubtedly leaving his mark on the sound of R&B and pop throughout the 21st century.

Though the layers of Jones’ catalog are plentiful, here is a look at some of the songs he’s written throughout the decades.

Jones and Charles first met as teenagers and remained friends for life. Though they didn’t collaborate on much, they did come together on several occasions, including Charles singing the Jones-produced “In the Heat of the Night,” written by Marilyn Bergman and Alan Bergman for the 1967 film of the same name. “Quincy had a loving style about him, said Charles in Jones’ 2001 autobiography Q. “He was genuine. We hit it off right away.” Though Charles’ signature raspy voice is not featured anywhere on “The Ray,” off his second album The Great Ray Charles, it’s a snapshot into Jones’ jazz roots perfectly captured by his friend.

First released by Count Basie in 1959, and also covered by Gustav Brom Big Band and Taylor Baker, “Rat Race” was one of the 10 songs Jones wrote on Basie’s 1959 album Basie One More Time.

Written by Peggy Lee and Quincy Jones, the song was featured on Lee’s 1962 holiday album It’s Christmas Time with Peggy Lee. In a nostalgic ode to NYC, Lee sings:

Produced by Jones, The King of the Gospel Singers was a more spiritual release for Little Richard capturing his soulful side on “(There Will Be) Peace in the Valley (For Me)” and his innate rock and roll side on “Joy Joy Joy.” Jones also co-wrote two tracks on the album—”Ride On, King Jesus” and “Do Lord, Remember Me” with Richard Penniman.

Aretha Franklin’s 19th album Hey Now Hey (The Other Side of the Sky) initially started out as a jazz record but took more soulful routes with producers Jones and Franklin. Jones also co-wrote one song for the album, “Just Right Tonight.”

Off Michael Jackson’s Thriller, “P.Y.T.” offered a funkier pop of soul on the album, which was ultimately overshadowed by the title track. Though Jackson never performed the song live, it was still one of his many Top 10 hits, peaking at No. 10 on the Billboard Hot 100—and one of six chart-topping hits off Thriller.

In the third single off Kanye West’s third album Graduation, Jones lent a hand as a songwriter for the hit. Produced by West and DJ Toomp, the song features rapper T-Pain and peaked at No. 7 on the Billboard Hot 100. 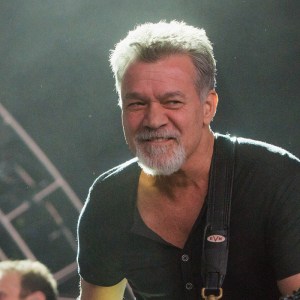 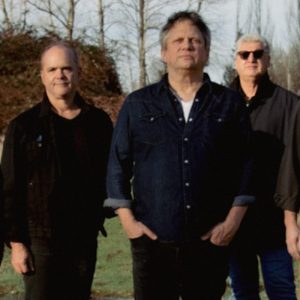