Were Allen Toussaint to arrive on the scene today, he’d probably be called a hyphenate. Toussaint, who passed away unexpectedly on November 10 at the age of 77, was far too humble a gentleman to ever go seeking out such branding, but the title surely fits. After all, he produced, arranged, sang, played a mean piano, wrote a bunch of hit songs, and, putting all these myriad talents together, did as much as anybody else to create and define the New Orleans R&B sound.

On the songwriting side, he’s known for big smashes like “Mother-In-Law,” “I Like It Like That,” “Working In The Coal Mine,” and “Southern Nights.” Yet Toussaint also wrote several socially-conscious songs that displayed depth and insight far beyond what’s normally found on the pop charts. Many of those songs spoke eloquently about the black experience, and their intensity and passion belied the mild-mannered persona Toussaint always struck.

When Elvis Costello collaborated with Toussaint on the album The River In Reverse in the wake of Hurricane Katrina in 2006, he chose a few of these topical songs to record because of the timeliness of the sentiment. As Costello writes in his autobiography Unfaithful Music, “I just wanted those songs to be heard again, and then again. I was the one with the way and will to put those songs and their composer before a new and different audience. I hope anyone who hears those songs for the first time on our album gets the same pleasure upon encountering the original renditions.”

Among those that Costello chose for the record was “Freedom For The Stallion,” a heartbreaking lament tracing black persecution from slavery to the modern times. It was first recorded in 1972 by Lee Dorsey, who had hit the Top 10 with Toussaint’s “Working In The Coal Mine” a few years before that. Boz Scaggs did a version that same year. The Hues Corporation made it the title track to their 1973 album, although the single release was just a minor chart success and was soon dwarfed by the band’s proto-disco hit “Rock The Boat.” Three Dog Night also recorded a tender take on the song around this time.

It’s understandable why so many artists would want to take a crack at “Freedom For The Stallion.” The gospel-tinged melody allows for singers to strut their soulful stuff, rising from a sorrowful moan in the verses to an impassioned cry in the chorus. There’s also a chord modulation in the instrumental break, usually played by horns, that’s reminiscent of a funereal march, which seemed like Toussaint’s way of hinting at the gravity of the situation described in the lyrics.

The song begins with the metaphor of a family of horses and the narrator’s desire that they be allowed to roam free, but he quickly shifts his concern to humanity: “Freedom for the baby child/Who has not grown old enough to vote.” In the second verse, Toussaint finds a way to inject some sly humor at Columbus’ expense into his account of slavery ships coming to America: “Slaves all chained and bound/Heading for a brand new land/That some cat said he upped and found.”

And what are the characteristics of this home “that the man didn’t even get to choose?” “They got men making laws to destroy other man/They’ve made money God it’s a doggone sin.” And, in a verse that was discarded in the early versions but reinserted for The River In Reverse: “They’ve got men building fences to keep other men out/Ignore him if he whispers and kill him if he shouts.”

These are searing lines about harsh truths, the kind which cause folks to seek divine intervention. “Oh, Lord, you got to help us find a way” is the refrain. You’ve heard that old cliché about a person being a “jack of all trades and master of none.” Well, Allen Toussaint was a master of all when it came to music, with “Freedom For The Stallion” providing one of the best pieces of evidence that he had the songwriting thing down pat. 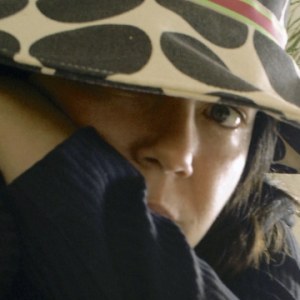 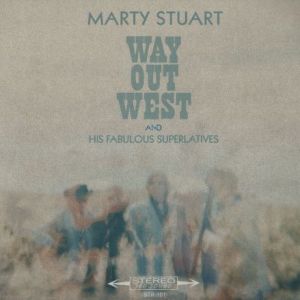