Listen here to:
The Mind’s Eye 10.22.20:
With Paul Zollo
author of Conversations with Tom Petty

As co-author with Tom Petty of Conversations with Tom Petty, I’ve had the privilege and pleasure of talking about our book and celebrating Tom’s greatness in book stores, on radio and TV shows, and several podcasts. Any opportunity to talk about Tom is welcome, especially if it’s a conversation with an informed, fellow lover of the man and his music.

Brian Turnof, the host of The Mind’s Eye podcast, is a real fan of Tom’s, and a gracious and informed interviewer. He knew the book well and pinpointed many of its most important aspects. Following in the tradition of great radio hosts gifted at engaging with guests, he created a compelling conversation, deepened by his calm focus.

Neither of us hide our love of this subject. We’re both admitted fans of the man, and share a real-time love for his songs with his legion of devotees around this world. That love is reflected here, and has been the engine which keeps this book alive.

This subject is outside of his usual realm on The Mind’s Eye, which examines deep mysteries, conspiracies and other unanswerable subjects. Turnof explains that It exists at “the intersection of the history and mystery, science and the strange, and crime and the sublime,” and “often veers listeners into new and unexpected territories.”

Turnof, according to his bio, “became intimately familiar with how history is written by the winners through educational gaps from his past experiences as a teacher… he saw firsthand how the government and financial institutions took advantage of the poor and disadvantaged… Brian created The Mind’s Eye to shine a light on the hidden, often dirty crevices of history and the present to find kernels of truth and give voice to the voiceless.”

Since 2009, he also moolights as a paranormal researcher and investigator who has conducted lectures and workshops across the East Coast, as well as co-hosting NBC Radio’s House of Mystery.

Listen to The Mind’s Eye, Thursdays at 10pm EST on Stitcher Radio.

A Q&A With Brian Turnof

AMERICAN SONGWRITER: What led you to do this podcast?

BRIAN TURNOF: Always been a radio guy. I can remember DJing at my sleep-away camp’s “radio station.” I majored in radio and worked at a few stations in promotions but left the industry for some familial reasons. My love for radio never stopped so I started doing this podcast in 2014 as a way to hone my skills in hopes of one day making it a profession.

I can tell you are a Petty fan. What is it about him that is special in your life?

I think my love for Petty boils down to his sincerity as a musician. His music never seemed forced or not true to his essence as a musician, while also unendingly relatable.

Outside of Tom, who else is on your musical Mt. Rushmore? Are there other songwriters – or songs – which have impacted you a lot?

Such a great question that I would love to hear your answer to the same question.

In addition to interviewing authors about musicians – who else have you interviewed that meant a lot to you – and any in the future?

Two quasi-recent memorable interviews were talking with the relative of a victim who was probably murdered by the New Bedford Highway Serial Killer. It was a very raw conversation.

I also spoke to the DEA agents who helped bring down Pablo Escobar, which the first two seasons of the Netflix show Narcos is based on.

Are you going to continue this podcast? Any other plans to share?

I will always continue The Mind’s Eye in some form or fashion. I love learning, conversing, and debating with knowledgeable people. I will probably only do a few more episodes this year though on some upcoming big anniversaries (e.g. probably 9/11 conspiracy debate).

I recently decided to focus on some other projects that have been long gestating. 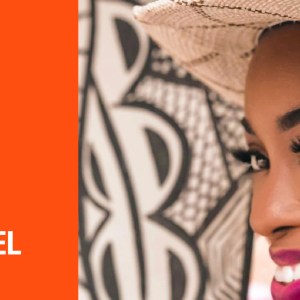 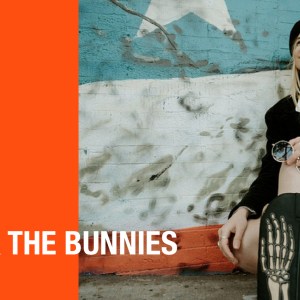