Heath Sanders has never been big on small talk. While some may spend their life doing their best to avoid life’s biggest topics, the 37-year-old from Marshall, Arkansas loves a good convo on everything from evolution to religion to politics. The deeper, the better.

“I just want to cut through the bull s**t,” the aspiring singer/songwriter tells American Songwriter days before the release of his own musical manual on life titled Common Ground. “I have always wanted to dig a little deeper, and honestly, that has always made me feel a little out of place.”

That is, until he arrived in Nashville.

“When I got here, I finally realized that I have always seen the world through the lens of a songwriter,” he explains. “Now that I am here, I feel like I am surrounded by people who are likeminded and analytical of the things of the world. It’s like we are kindred spirits in a way. I feel at home.”

Indeed, the creative pocket in which Sanders finds himself in on every hearty sermon of his debut project points to a man that has finally found solace in telling his unique story. In fact, he co-wrote every song on the Dann Huff-produced Common Ground.

Raised on a hearty dose of Marty Robbins’ music growing up, Sanders first found his way on the stage at the crazy age of three years old, led to belt out hymns at church, much to the delight of the adoring congregation.

“Singing to the Lord taps into this place in your soul and your heart where you tend to dig deep,” Sanders recalls. “Music, in that form, takes on a whole new meaning. It removes you from the place you are in and takes you a whole new place. Music is a powerful force. That’s how I have always seen it.”

And while Sanders has long felt that power within him, it took him awhile to let it fully enter his life. In his early twenties, the working-class tradesman got himself a guitar and learned three chords and mustered up the courage to try to write a few songs.

Yet, the words were never quite able to find their way from his soul to the page.

“I have always been enamored by a songwriter’s ability to tell stories that rhyme and say so much with so little words, but when I first tried to start songwriting, I don’t think I was wise enough,” Sanders remembers. “I wasn’t levelheaded enough.”

So, Sanders remained an oil rigger, often finding himself in complete solitude for hours at a time. And when he was done checking the gas wells and gas pads in the field, he returned home in order to wake up and do it all over again. But somewhere along the line, his hours in the oil fields were cut, and Sanders found himself with the time to take another look at the creative passion that still simmered within him.

“I remember, in that moment, thinking that I was going to put everything that I have into a song,” explains Sanders of the day he began work on a song called “Bloodline.” “I didn’t care if it took six months. I remember I spent all day on it, and I ended up with a verse and a half of a chorus.”

At the same time, media powerhouse Bobby Bones called to check to see if Sanders would come on his radio show, thanks in part to a Chris Stapleton cover of his going viral on YouTube. Sanders says the timing was nothing short of miraculous. “It was God or destiny…or something or someone had their hand in that.”

His first single “Old School’s In” will be out next month.

“I don’t work as hard physically as I used to, but mentally, I’m running all of the time,” he says quietly. “The hustle and bustle of this business? You do whatever it takes, but it’s easy to lose a piece of who you are. I’ve seen it happen to me a little bit already.”

He takes a deep breath.

And yes, that’s the songwriter he always wants to be.

“As songwriters, we have the power to change someone’s life with the power of music,” he concludes. “If you lose that, you are just saying words.” 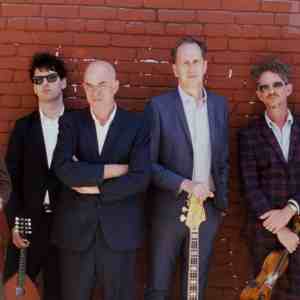 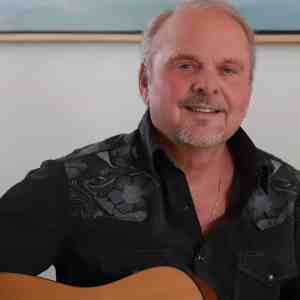