Cold comforts and wild willing, as learned from my favorite troubadour truthteller.

In the film Moulin Rouge, the characters construct a play about freedom, beauty, truth, and love, involving a “magical sitar that can only speak the truth.”

If this magic sitar were an actual human being in my life, it would be Glen Hansard.

I first watched Once in a college apartment in 2011 at the insistence of my best friend. This was the first time I heard Glen’s voice, breaking in the opening desperate cries of “Say it to Me Now”:

And as these shadows fall on me now I will somehow
Cause I’m picking up a message, Lord
And I’m closer than I’ve ever been before
So if you have something to say
Say it to me now

From “Say It To Me Now”
By Glen Hansard

Something knocked loose in me listening. Though I didn’t yet know it, Glen was a pilgrim traveling much farther down the road ahead of me, already commencing a years-long process teaching me about love. That process began the moment the credits rolled—when my friend on the weathered brown couch beside me clicked the TV off and told me he had feelings for me—and I had to learn how to say I didn’t have them back.

Not much was happening to me in the romance department those years. I was an evangelical church kid who couldn’t date worldly men—and the godly ones rarely seemed to come around asking. So saying no to genuine offers from good people didn’t feel like something I could afford to do often. But I just kept doing what I knew how to do best—listening to the Once soundtrack and fantasizing of my own nascent love life to come.

Imagine my delight then, when the rare appropriate man asked me on the rare date—to a Glen Hansard concert. It was August 10, 2014 at the Hollywood Bowl, closing out the show after Iron & Wine and The Head and The Heart. The first opportunity to see Glen live.

It was a perfect date night—dinner before in Los Feliz, a dessert picnic made by me, a shared split of rosé from nosebleed seats as the sun set on Los Angeles below. I kept trying to lean into it, convincing myself I should be attracted to my date. He was doing so very many things right, and the music hadn’t even started yet. Discomfort soon escalated into guilt. Come on, girl. Rally. He’s so great. And I tried, all through Iron & Wine, all through The Head and The Heart.

Then Glen Hansard took the stage.

It was, to the audience’s universal dismay, a terribly abbreviated performance. But even short for time, Glen was a troubadour in the truest sense, making the Hollywood Bowl feel like the world’s smallest taproom. I hung on every word, not realizing I’d begun leaning forty five degrees forward in the course of his first song: a cover of Van Morrison’s “Astral Weeks”.

“This next one is called ‘McCormack’s Wall,’” he said a few songs in, his brogue soft and sincere over the sound system. “And it’s a song about staying up all night with the one you love, and still dreaming of that time, long after it hurts.”

Then he started to sing, in ¾ time:

“Well, I’ve not been honest, darlin’
No, I’ve not been straight at all
Well, I beg your pardon
The night we jumped McCormack’s Wall
I was so happy just to be with you
I would have said anything at all
Now I could scream your name
Till you do the same
But I know you won’t respond…

From “McCormack’s Wall”
By Glen Hansard

I looked up at the night sky, the words still washing over me as I registered the Supermoon above. This was the most romantic night of my life, and in the ache and cry of Glen’s voice, I realized something—I didn’t love the man sitting next to me, and I wasn’t going to. He was wonderful, and perfectly agreeable, and if I didn’t want him to hold my hand on a night this perfect—I was never going to. But it wasn’t just about what I didn’t want.

As I sat there listening to Glen yell and claw at the guitar and tell stories of a love that transforms you with a guts-open, reckless heart poetry, I knew—I wanted that. The heartbroken love. The miserable parts too. The stuff that levels you. The kind that makes books, and music, and freezes you still under moonlight remembering.

I hadn’t met that love yet. But I made myself a promise—as we all sang “The Auld Triangle” like we were all drinking in the same pub together—to be ready for it when it came.

From that moment on, every Glen concert became a signpost, teaching me something critical in my pilgrimages of love. The second time I saw Glen, in fall of 2016 at the Wiltern, I was on the precipice of telling one of the scariest truths of love yet—I was in love with my female best friend, and I had to put it all on the line, despite still attending the non-affirming church of my childhood. Hearing Glen’s troubadour poetry in “Star Star” challenged me forward:

Falling down into the situations
Bringing out the best in you
You’re flat on your back again
And star, you’re ever word I’m heeding
Can you help me to see
‘Cause I’m lost in the marsh
Star, star teach me how to shine, shine.

From “Star Star”
By Glen Hansard

Time to love bravely, no matter the fall ahead.

The third time I saw Glen, in spring of 2018 at Walt Disney Concert Hall, I’d left my church life, had my heart broken and reassembled so many times I thought—so what if I’m an artist? I don’t want to feel this much anymore. But as Glen, alongside the LA Philharmonic, washed a sweeping “Time Will Be the Healer” over us all, I heard him playing life lived, love survived and transformed, compassion:

Time will see you through this, you’ll live to tell
Time will pick you up and serve you well
A life lived true and full is the best prevail
Cause time will stand for something in the end.

From “Time Will Be The Healer”
By Glen Hansard

The fourth time I saw Glen, in fall of 2019 at Pico Union Project closing out the This Wild Willing, I walked right into one of the most challenging rejections of my life—a recent casualty of keeping my heart open, playing out in real time. I considered running, hiding, making myself small. But I didn’t. I pressed my body up against the balcony wall so I could feel the reverberations of every note he played of “Don’t Settle”:

May your song ring true and bright now
And behold by your might
As the day gives way to night now
May it echo true and loud
And when they turn your words against you
Try to grind you to the ground
Let them know that they might beat you
But they’ll never turn you around
Oh no, don’t settle
Oh woah, not yet
Oh-oh, don’t settle
For less.

From “Don’t Settle”
By Glen Hansard

I heard Glen, my fellow open heart, my fellow brave lover, I heard him surviving. I felt my heart pound against the wall of the stained-glass place where he played only the truth, and I remembered—I had not settled. This open heart of mine had weathered much, grown strong, had seen what love is—and what love isn’t.

It seems fitting to have seen Glen Hansard the last time before lockdown in a holy place. He’s played a prophetic role in my pilgrimages of love—the troubadour truthteller, the shepherd of my wild and wayward heart. Even in quarantine last year, I felt the salve of his sweet rainy “Cold Comfort” released over Instagram live from his shire-like home in Kildare:

The streets are quiet but for
The sound of birdsong
There’s no rush upon us now
Well, it’s slow going
And it’s slower still here
But we’ll get through if we pull together now
And it’s little comfort, I know
But it’s raining down on everybody now.

From “Cold Comfort”
By Glen Hansard

I don’t know when I will be able to see Glen in person again. But I’m grateful I came to listen when I still could, knowing he would always bring peace and clarity to the tangle of my heart.

Thank you, Glen, for freedom, beauty, truth, and love. Thank you for your wild willing. 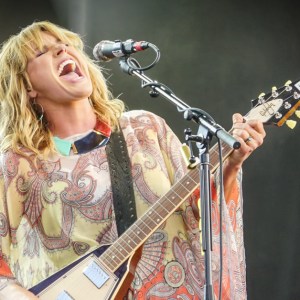 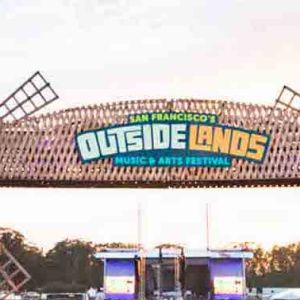