It’s been nearly two decades since singer/guitarist Chris Robertson and drummer John Fred Young got together in rural Kentucky to form what would become hard rock band Black Stone Cherry. The group has just released their seventh full-length album, The Human Condition, and it’s a testament to their commitment to the music that the original four band members are still together and constantly honing their sound.

Playing with one another since their school days, the group members are Robertson and Young, with Ben Wells (guitar, backing vocals) and Jon Lawhon (bass and backing vocals). Young grew up around the music business; he’s the son of singer Richard Young and nephew of drummer Fred Young of the classic country-rock band the Kentucky Headhunters. He took a few minutes for a phone call from American Songwriter to discuss the new album before he had to hit the road for an outdoor show sound check, the band’s first public performance in a long while.

“We’re playing a show in Glasgow, Kentucky, our first show in nine months,” he said. “We’re doing a show at a park, pretty different, they’ll have a painted square marked off in the grass and people have to stay in the square. It’s very alien.”

The new album’s lead-off track, “Ringin’ In My Head,” was written years ago, and its opening line ended up being ironically prophetic, with its lyric of People, people your attention please, I need to tell you about a new disease. “For the new album we had gone to the ‘treasure chest,’” Young recalled, “looking at the songs we had that we had never used on an album that we loved and had considered treasures, gems. ‘Ringin’ In My Head’ was one.”

“Four years ago I was in the back of the bus with this melody in my head,” he continued, “with an almost tribal drumbeat behind it, like something [Cream drummer] Ginger Baker might play. Chris had his ProTools rig and I told him I had this idea and I couldn’t figure out if it was really good or if it was really bad. He started coming up with the chords and Jon came in and “Ringin’ In My Head” came together – that was four years ago. So when we got to the studio to do The Human Condition we knew we were gonna use it. And then the coronavirus hit, and it’s spooky how the lyrics go with what’s going on.”

Unlike most bands, Black Stone Cherry keeps it simple and operates on the all-for-one, one-for-all model ala Van Halen when it comes to songwriting royalties. “Chris and I were in kindergarten with each other, and we first put the band together on his 16th birthday, June 4th, 2001,” Young said. “From that day it was just like everybody’s equal. If two guys write more of one song, the next time the other two guys might write more or bring in more ideas. It’s always been that way, we always split all the songwriting equally.”

“I gotta hand it to my dad, Richard,” he continued. “He was such an instrumental piece in that. He said, ‘You guys gotta split things equally and it always makes things better.’ Because you might have one guy who’s having a bad day, he’s not feeling it that day but you don’t want to leave him out because he might be having a bad day, maybe the creative juices just aren’t flowing. But the next day he might come in and bring the hit. For us that’s the way it’s always worked – we all write the lyrics, we all write the music, and sometimes it’s like a bunch of chickens in a coop all hollering at each other ‘cause there’s all four screaming ideas. But when it does work, it comes out four different individual life stories in one song.”

Young plays on a Drum Workshop drum set with a twist, one that he attributes to the late Rush drummer Neil Peart. “I wanted something that was unique, and in 2011 or 2012 I called DW and asked if they had something weird that nobody else had, maybe sitting around in the showroom or at the factory, and they had a solid oak prototype kit, the first ply-shell oak kit they had made. It had a weird size bass drum, a 23”. Neil Peart had called DW and said he wanted a 23” bass drum. Well, if Neil Peart wants a 23” bass drum you gotta figure out how to make one. Now they have them in production. So it was Neil’s idea and it’s a beautiful kit, all natural.”

Ironic lyrical coincidences aside, Young is proud of the entire new album. “The virus, and the day and age we’re in, I think pushed us to make sure this album is incredible,” he said. “When we first went in we put everybody’s parts under a microscope, and tried to make it the best singing, the best playing, the best lyrics that we could. I just think the times put a little fire underneath us because of the uncertainty.” 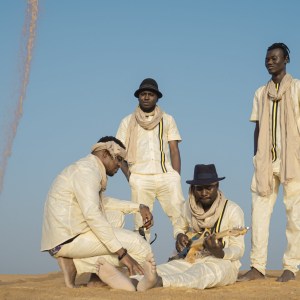 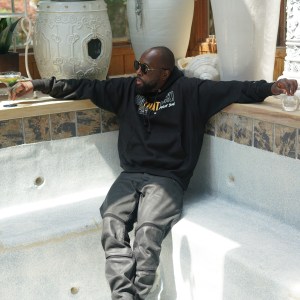