Miramar Beach, FL. — Being on stage at Moon Crush was not the same ‘shake off the rust’ experience for Grace Potter as those first few shows have been for other artists recently. Potter had already played a handful of drive-in shows in the Northeast last summer, and Moon Crush was the fourth show in her tour this spring. And yet, there was still something special about it.

She realized just how unique the experience would be before the first note was played.

“We saw the size of the stage from the road when we got into town, and as a solo performer, I thought to myself, ‘This stage is entirely too big for me,’” Potter tells American Songwriter. “So I decided that I would just see how things went and then just open it up to the fans. They were really getting into it and started requesting some of my bigger hits like ‘The Lion The Beast The Beat,’ ‘Let You Go’ and ‘Paris.’ And so we just borrowed the opening acts drum kit, that was still on stage, and borrowed their bass and played a rock ‘n roll show.

“Really, it was, ‘Lo and behold, up on stage, a rock show broke out.’ It was all inspired by the setup and Moon Crush and how the fans reacted to it all.”

The stage itself may have felt too big for her, but the atmosphere in general made this first major stop on her tour something memorable.

The coves—the ‘pods’ where fans are stationed—allowed for a unique experience that Potter said she had never seen before, and the various groupings made her appreciate what was happening around her.

“There was a lot of chatter happening. People were talking a lot, and in a normal concert a solo performer wouldn’t want to have that happening, but this just was different,” she said. “I could see from the stage, these were people getting together for maybe the first time in a long time. It was a beautiful arc. People are slowly waking back up to the medicinal power of medicine, and it was palpable on stage.

“It felt more like I was the radio station they turned on. It was like, ‘Okay, just let them talk, let them scream, let the music be a backdrop for them.’”

Potter couldn’t help but smile as she looked out over the crowd, which offered a positive, summer camp vibe of joyful faces and coordinated colors. She saw pockets of pink, purple, white, and yellow shirts. She heard background chatter of people gathered around. She witnessed the sun setting in the background and enjoyed the perfect Florida weather. In a word, everything felt … right.

“It was different than last summer when we played,” she said. “I didn’t want people feeling trepidation or fear, and it didn’t seem like that was the case. Those feelings of being at the airport or being at the mall with crowds of people can be hard to overcome, and they are powerful. I did not feel like that was happening. I think the set up at Moon Crush helped alleviate that.”

Potter will perform two shows in South Carolina before she heads to The Caverns in Tennessee, where she may debut some new tunes composed during the COVID-19 pandemic.

“I have three different albums worth of material,” Potter said. “I did a lot of songwriting during COVID, and I really forgot I had all of this stuff. It was like goosebumps as we listened back to it.”

So, does that mean fans should expect a superbus of music in the near future? No, but they can expect some new stuff soon.

“I don’t want to flood the market with something like that, but I guess possibly it might happen that way,” Potter said. “I’ll probably put them out slowly.”

Potter said that she has three very different albums that she could —and likely will —put out.

“I have an aggro, seething rock energy one,” she described. “It is prickly and hard edged. I have a ‘Joni Mitchell, coming back home to Vermont’ album. I have a Tom Waits-type thing, from stuff I have been working on with The Twilights.

“No promises on it, but it will get weird.” 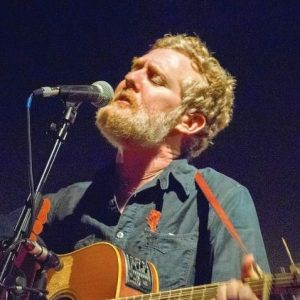