Justin Farren is his own man. He’s not perfect as a man nor is he perfect as a musician. His playing is not technically sound, and his songwriting is not overly polished. There are rough edges in both that will easily make the most meticulous of players and singers cringe. Yet therein lies the beauty because Farren’s music is his life and as we all know, life is far from perfect.

With a penchant for writing uniquely personal yet highly relatable songs, Farren’s clever use of lyrics tells detailed stories yet allows the listener to feel as though it’s an experience they have lived through themselves. Such is the case in his latest song “A Little Less Time” where even a setting inside Costco on a Friday night and the image on his membership card is so deeply personal and yet so widely shared.

“This song came out all at once, in about an hour,” recalls Farren. “In fact, I ad-libbed a few of the lines to make a quick iPhone video of it for some friends and those improvised lines stayed in the song. I had been working on mixing a friend’s album and was using Tracy Chapman’s album “New Beginning” as an audio reference. Her “stop and go” style of delivering lines must have seeped into my subconscious because I can hear her all over this song.”

He’s not wrong. With a sound that harkens back to “Fast Car,” stylistically “A Little Less Time” could pass for a sequel to Chapman’s monster hit of 1988 and that’s not a bad thing. With Farren’s minimalist approach to the music, the sparse filling does its job in highlighting the lyrics. As you might imagine, that is not only a welcome result but the entire design Farren had in mind.

“I love the symbolism of the electric guitar just ticking away the time steadily, relentlessly. And I love the way the dynamics are sort of askew, with the biggest part of the song set right in the middle and numerous smaller dynamic builds occur all around it. I wanted the whole recording to feel a little bit like the course of a life.  Predictable, but somehow unpredictable at the same time.  A little random, but sweet.”

Part of a bigger project, “A Little Less Time” is included on Farren’s upcoming album Pretty Free. While the songs on the album are new to us, Farren has not only lived with them for quite some time, many of them have won awards in various songwriting competitions around the country. In fact, just last year Farren was crowned the winner of the annual Songwriter Serenade competition in Moravia, Texas.

Pretty Free is due out on October 23rd. 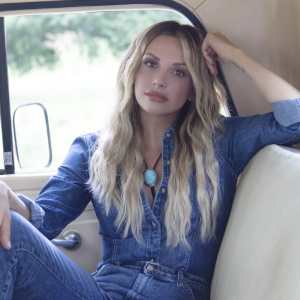 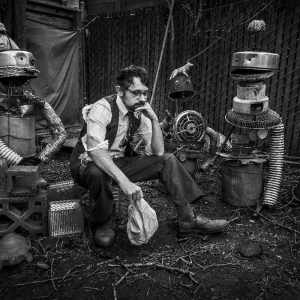