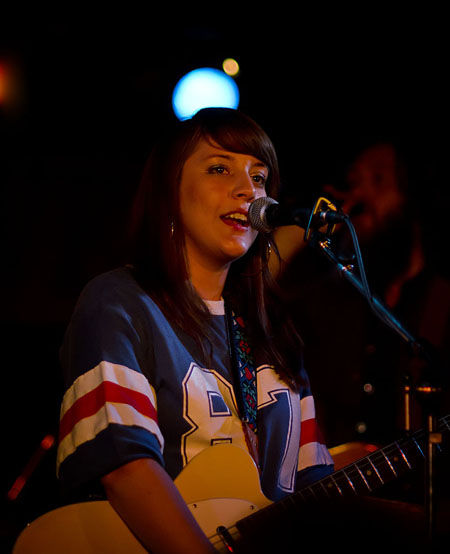 Caitlin Rose has enjoyed a wealth of critical attention this year with the release of her debut album, Own Side Now. So it should come as no surprise that ATO Records, home to Drive-by Truckers and My Morning Jacket, has decided to re-release the record Sept. 27.

We recently caught up with Rose on the rooftop of Duke Street Productions, in Brooklyn, New York, where the Nashville songstress elaborated on the Nashville music scene and her songwriting pedigree.

You’ve done extensive touring as a solo artist, and have now been playing out with a full band. Do you have a preference?

Yeah. I mean, as a cost thing it’s kind of hard to take the full band to Europe, but we just started playing with [drummer] Dave [Vaughn] and [bassist] Jeff [Cullum] and they’re great. It’s nice to have a few more personalities and the shows are much more fun with a full band, for sure.

Does it take a bit of pressure off you?

Yeah. Our sound was me on acoustic guitar, Jeremy [Fetzer] on Telecaster, and Spencer [Cullum, Jr.] on pedal steel, so it was a little “me-me-me.” The full band evens everything out and doesn’t make my brain go crazy like a rabid dog who hears frequencies it can’t stand.

You’ve played both small clubs and big festivals both here and in the UK. Which do you prefer?

It really depends on the club. Some of my favorite sound has been at festivals. We played the End of the Road Festival in the UK and for some reason they decided to throw us on the big top stage, and it was the best sound I’d ever had. I was so excited.  But then sometimes the shitty rock clubs with the shit sound is more pure fun. It just depends on the club I think.

So far in 2011, nearly all of my favorite albums have all come out of Nashville.

Nashville’s always been a huge music town. But between Those Darlins, Middle Brother, Jonny Corndawg, Tristen, and now your record,  do you feel like there’s something happening now?  A new “movement” per se?

Not so much a Nashville movement. Music is just coming back to the forefront in a way it hasn’t been for a long time. Nashville is having a nice little pinnacle right now, which is funny because nobody thinks of Nashville as a REAL music town. It’s country music – mainstream kind of stuff for sure – but it’s getting a reputation for more than that now. I think it’s getting the spotlight because there’s so much great stuff coming out of there. There’s been great stuff coming out of Nashville for a long time, so it’s nice it’s starting to get attention in a town that always had a reputation for a different kind of music.

Sure. Nashville has always been known for Music Row and being built on commercial country.

That IS the town … I mean, that keeps it afloat.

I’ve never been the biggest fan of commercial country. It’s a bunch of well-off people talking about how crappy their lives are.

Well, I’m sure some of them had a rough upbringing.

It’s much like the pop world, really. I’m sure they’ve had their trials and tribulations, but it’s not a part of their act. You don’t really know who they are, you know?  You don’t understand who they are, because you know nothing about them or their background. I find it kind of boring.

Both of your parents [Liz Rose & Johnny Rose] are accomplished songwriters.  Do you think it’s genetic?

My grandma was a writer too. She graduated from Stanford with a journalism degree before she had my mom and five other kids. She didn’t pursue a writing career, but she would always send us poems she’d written in the mail for our birthdays. I don’t know. I don’t know if it’s genetic. It’s more about just growing up with people who do write. It was never a serious thing for me. I was never serious about writing music until a couple of years ago, because I had just grown up around people who just did it for fun.

Have you picked up any songwriting habits or tips from your folks?

From my mom, one of the best things I’ve learned is to just be completely open.  I don’t practice it all the time … I know I should practice it! But in all of her co-writes, she’s very unabashed about anything that pops into her head.  She is just so open with her songwriting, because she’s having so much fun with it. It’s probably one of the most important things that I try and remember about her.

When you first started performing out in Nashville, you kept it from your parents.

At what point did you realize this might be a career?

Very, very recently. I still try not to call it a ‘career.’ It kind of freaks me out, so …  But now, I mean, it’s been fun and I really enjoy doing it and I need to spend more time at home writing songs, because apparently that’s what I do now, so… [laughs]

Well, the Dead Flowers thing was funny because it was something we just did for a run of shows in Boston when I was 19. We had these shows with Lori McKenna, who’s a bigger Americana act, and we didn’t have anything to sell. I’d been making these little burned-copy CDs for four years and they looked like shit.  So, we got Dead Flowers done in about three days and just did a hundred copies of it and didn’t think much of it.  But we sold them all quickly. Then [UK label] Names picked it up and re-released it in the UK.  With that, we had the money to make Own Side Now, which [Names] then put out in the UK first before it came out here.  I just got a little long-winded there.  Sorry about that.

No worries. So the album is new to most folks in the States.

Yeah, it’s been wonderful to hear their reaction to it.  It was kind of sad for a while – I felt like a stranger in my own country!  The record’s doing well in the UK which is very exciting, but it’s a small place compared to here. It’s been nice to have it out over here and be able to play it for Americans.

Own Side Now has a looseness and restraint to it that isn’t often heard in new releases these days. Do you feel like you accomplished what you set out to do when you went in to record it?

I think we definitely did. It’s funny, because two weeks after your record’s done, you’re not happy with it. But it definitely represents a very specific time in my life when I’d first started playing with these guys … or not these guys specifically, but a full band.  So we’d worked up all those songs like a week before and just went in and got it done. It was important for me because I’d spent a really long time on certain records that never ended up coming out, so it’s … you know, you dwell on it, or you just put it the fuck out and hope someone likes it. There are things that if I had the chance, I’d fucking take it and fix it. But you can’t. And it’s almost better that way.

Looking forward, what are your plans? Are you sitting on a batch of new songs at the moment?

Yeah, I’m sitting on a nice little batch. But none of them are done. They’re all just scattered bits of paper and notes on my computer.  I don’t know … I need to finish songs.  That’s the hard thing about touring. You can’t concentrate really.

Well to finish up, if you’ll indulge me – you’re on a desert island and need to choose one album, one movie, one book, and one restaurant delivery menu that’s going to feed you for the rest of your days. Go.

Wow. That is so much to think about right now.

Let’s start with the album … you only have one album.

One album?!  Fuck.  Maybe Gerry Rafferty’s City To City, but I feel like I might have played that one out by now.  Golly.  Sorry, this might take too much time. You might want to edit this out.

How about the movie? Is that any easier?

I could probably watch Home Alone II for the rest of my life and not be upset about it.  Home Alone II: Lost in New York. Cheers.  Delivery menu is tough because I try to cook at home. There’s a place called Mitchell’s Deli that has a great salad bar and the best sandwiches in Nashville, so I think I’d go with that, just to be safe and have variety.  But album?!  Fuck it, hey.  That’s just too tough.

I can go boxed set?

Well then, clearly the Jimmy Buffett boxed set. “Grapefruit – Juicy Fruit.” That’s my jam. Grew up on it.

And finally, what about a book?

Book? Oh gosh. I should probably take poetry so I can keep flipping through it, right?  Shit. I guess I’d say Where The Sidewalk Ends by Shel Silverstein. I grew up on it, and I loved it.  It’s not the most literary thing, but it’s good. I used to read it and reread it and I could probably recite about half of it. Plus it’s got pictures. I love pictures. Shel Silverstein was great.  He was a very interesting, strange being.

Didn’t he write “A Boy Named Sue” for Johnny Cash?

Really? I never knew that.

Yep. He’s also got a song called “(She’s Doing) Quaaludes Again,” that I love. Especially when he sings it himself. It’s a trip. 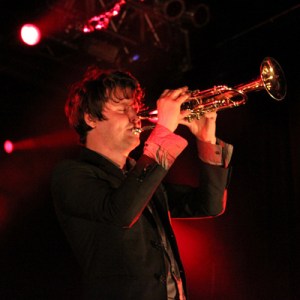 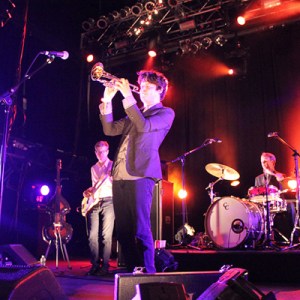