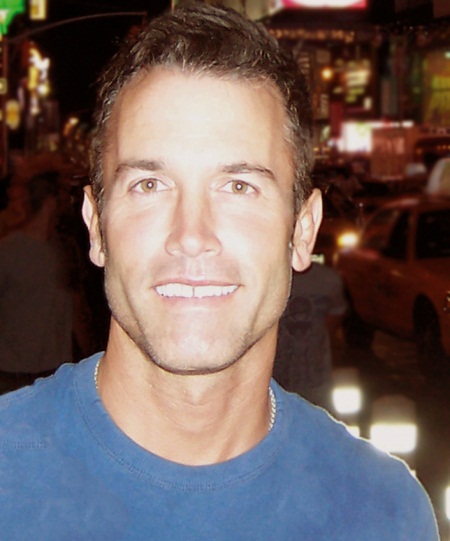 Ruben Estevez is the Grand Prize winner of the Music City Songwriting Contest. We quizzed Estevez about his winning song “Lie” (co-written with Jason Massey and Brad Ramsey), his move to Nashville, his approach to songwriting and more.

What inspired you to write “Lie?”

As far as inspiration, I just feel like everybody, including myself, has experienced something like this before, where you’re in denial about whether a significant other has moved on or not. Basically in the song, a guy falls in love with a girl, she moves on and he’s still in love with her but she ends up at a bar that his buddy was at. So his buddy is saying “Hey man, I saw her.” He’s asking all these questions and then he asks his buddy, before he says anything just to consider what his heart has been through and instead look him in the eye and lie because he can’t handle the bad news.

I looked at the lyrics earlier. What role does the friend play?

Really the friend just happened to be there at the bar when the girl showed up and she could have very well been with another guy or she might’ve looked really hot and there are all these things you don’t want to hear when you’re the ex-.

The way I read into it, I thought the friend might get involved with the girl.

Can you explain how this song came about?

Well, for this song, it started really just with the idea of what it would be like to be in denial in a situation like this. I was trying to be as succinct as possible and so I wanted to call the song “Lie,” and make it about needing your friend to protect you and say all the right things even if he has to lie. I usually play the piano too, so I sat down at the piano and started coming up with lyrics and music at the same time. It was actually a song that I shelved for a while and ended up bringing back to a buddy of mine. He loved the idea so we kind of ran with it.

You said you play the piano. Do you perform as well or are you strictly a songwriter?

I don’t perform a lot, although this past week at the CMA fest the Nashville Convention Visitor’s Bureau had a troubadour breakfast and they were the ones that sponsored the contest, so they asked me to perform at it. So, I’ll do it; it’s not my thing necessarily but I will do it.

So you normally write on piano?

Yeah, I play a little bit of guitar but I feel most comfortable with keys. But my co-writer was there and he played guitar and we both sang harmonies.

I started in high school and its always something that I’ve done. I just can’t help but do it. I’ll always want to just sit down and write a song but it got real serious once I got out of college and had a little more time on my hands and started writing all the time. When I moved to Nashville, it got even more serious. Even though I have a full-time job, I’m writing as much as I can on the side.

So  you’re a computer analyst by day?

Was this your full-time job when you moved to Nashville?

Yeah, I went to school at the University of Texas and got an MIS degree. Then I went to Dallas and worked there for five years and I thought, “Okay, well I really want to move to Nashville and get into songwriting, but I want to be smart about it so I’m going to wait until I get a job in my field.”

How would you say you’ve balanced songwriting with your full-time job?

The people I work with are really flexible and supportive of my songwriting, which is really cool. This whole last week I’ve had CMA fest, and they were really cool about letting me take off work and I’ve worked my schedule such that I work an extra hour a day so that I can take off half a day on Friday. That allows me a set time. I know for five hours on Friday I’m at least going to have some creative time. Usually that spurs an idea and then it goes from there.

What is your favorite line in “Lie?”

Probably, the pre-chorus because I think it’s the part of the song with the most impact, where he basically says, “Well, I’m dying to know but I’m scared of the truth/ So before you say a word consider what this hearts been through and lie.” I like how that sings and I like the lyrics of it. That’s where the singer is pleading with his friend that he can’t take the truth so he needs his buddy to lie. I like to be able to read through my lyric and have it sound like a conversation.

What would you say is the most difficult part of songwriting for you?

Well, I thought about this recently. I know this is kind of a crude analogy but to me it’s kind of like the labor pains of getting the idea together. Especially when you’re co-writing with someone, sometimes that first writing session can just be painful. Then you get that first bit of the chorus and things just start to really flow. I feel like it’s that first part and then after that it’s like it can almost write itself. Often times though, the second verses do kill me.

Yeah, it’s like I don’t want to re-say what I’ve already said and what’s the “so what” of the second verse. What do you need to say now? Sometimes that is really challenging.

Do you have any advice for other aspiring songwriters?

The thing that’s probably helped me the most is studying songs that I love. You’ve got to find songs you really, really love and pick them apart, figure out what makes that chorus so cool. May be it’s the lyric or maybe it’s the way that melody soars or may be it’s a choppy melody. Whatever it is. I often times just get a whole chord progression from a song that I love and I’ll try to write a new song by that so I’ve already got a framework. It never ends up being the original song but it gives you a place to start. Studying songs is what has really helped me turn the corner.

Well, along with studying songs you like, who influences you as a songwriter?

Well going way back, one of my first influences was Elton John. His lyrics were always very complex and he had great melodies and progressions. I like a lot of different kinds. I love Lady Antebellum. I was recently listening to Craig Morgan’s new CD and every one of them is positive and upbeat and really great to sing too. All those things are things as I write a new song I think, “Well, wait a minute, what about how they did it?” I don’t want to take the joy away from songwriting but I think in some ways really studying a process almost in a scientific way has helped me quite a bit actually.

When you came to Nashville, you were originally involved in Christian music and then switched to country. What hooked you into country?

When I moved to Nashville I didn’t listen to country at all. I was interested in it, but my publisher at Word Records, where I was writing at the time, she loved country music so she would take me to showcases and introduce me to writers like Skip Ewing, Gretchen Peters, and other amazing songwriters. It opened up songwriting for me. I loved writing Christian music but you could only write about certain things in certain ways. In country, you can talk about a lot of things and it opens songwriting up quite a bit more. You can deal more with relationships more than you could in Christian music. I’ve loved it ever since.

Could you give us any details about future projects or anything you might be getting involved in?

About a year and a half ago I got involved in NSAI, which I hadn’t been involved with before. It’s really helped me so much and opened a lot of doors. A while back there was this thing called the “Pitch to Publisher” luncheon. The song “Lie” made it to the luncheon so several publishers heard it. It opened up some relationships with them and some of their writers so right now I’m actually doing a ton more writing then I was.

Right now, I’ve got more songs than I can really handle as far as things I’m trying to finish and getting money for demos. I’ve got to get a lot more money for demos now. One really cool thing that came from the contest was one of the judges works for Tracy Lawrence. He played the song for Tracy Lawrence because he’s about to cut another record ,so he’s going to cut it on his next record. That was pretty exciting and hopefully it will open some doors for me. 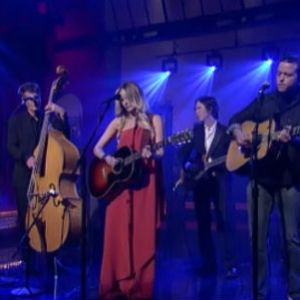 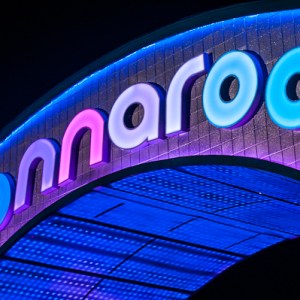