Nashville-based songwriter Aaron Espe has experienced plenty of success to-date. He has generated nearly 60 million streams on his critically acclaimed catalog, including Three [2012], Tennessee Sky [2012], Safe Enough to Wander [2013], Passages [2017], and, most recently the Wonder EP [2019] of which we raved that “Art imitating life is taken to a new level.”

In the span of time between Wonder and now with Rock & Roll Man he faced both extreme joy with the birth of his fourth son and extreme sadness with the death of long-time friend, mentor, collaborator, and co-writer busbee.

As a songwriter, it was only natural for him to turn to his notes and put out more music. He also wanted to share not only the music but the meaning behind the songs.

Here is Espe, in his own words, about what went into the album — which you can pre-save now on your favorite digital service.

“Let’s pretend we’re strangers who meet on the street corner. We get to talking and you open up a bit. You’ve experienced some hardship lately. A death in the family. Sudden doubts about your path in life and what to do next. The depression you’ve wrestled with your entire life seems heavier lately.

But it’s not all bad, you tell me. You’ve experienced joy, too. You’ve got a great family. Your kids make you laugh about something new everyday. You and your wife are talking more. Your parents’ political views seem wacko, but you still love them and they still love you and think the same about your political views.

Before we say goodbye, I say you’ve got to listen to my new EP. It’s about you.”

“Free”
“This song started out as a children’s song. It still is, I suppose, but it’s for grownups too. I was trying to tell my own kids that it’s what is inside of them that is limitless. Sure, I do think they can become whatever they want to become, for the most part. But the ‘outer stuff’ is less important than the ‘inner stuff.’”

“Sunny Day”
“I tried to write a positive sounding song about depression. Like a lot of people, I wrestle with mental health. Among other ways of dealing with it, I talk to myself. I’m always talking to myself anyway. No, I’m not schizophrenic (yes, he is). I’m just saying that as long as I’m talking to myself I might as well offset the negative talk with some positive talk. So this song, the chorus, is mostly me telling myself things I need to hear to get up and get going.”

“Only Time”
It’s hard to be present. I think the only time I’ve ever truly been present was in Mr. Jenson’s sixth grade classroom doing times table worksheets to his stopwatch.

This song is about trying to be present.

Ironically (but true to form, I guess), I made it sound like somebody daydreaming about being present.”

“Same Sun”
“I wrote this song before the 2016 US election. I was in Switzerland. It was strange seeing the United States from a distance. But amid all the division happening, what struck me — and what still strikes me now with the coronavirus pandemic — is how similar we all are. Just people experiencing joy, fear, love. Expressed and received differently. Felt the same, though.”

“Rock & Roll Man”
“When I write a song there are multiple voices in my head competing for attention: 16-year-old Aaron. My dad. My publisher, my label. Mom and her church friends. My wife. My kids. That’s just a start. I haven’t even gotten to the hipsters!

Among all those, buried deep is my true artist voice. And it’s a struggle to hear it sometimes. But this song is about my dad’s voice and my artist voice aligning one day.”

“Take You Home”
I got an email about my college friend’s wife. She’d gone to the hospital for a routine operation. Complications arose and a few days later she died. I kept hearing this song in my head. More sonically than lyrically, so I wrote and produced it simultaneously  in my studio. It’s what I envisioned my friend trying to communicate to his wife amid chaos. That everything would be ok. Sonically, I tried my best to make it sound like his wife, though unconscious, communicating back to him as her soul is leaving her body that she’s ok. (I realize that’s heavy, so apologies.) 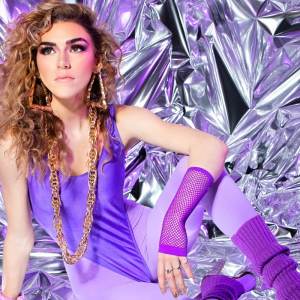 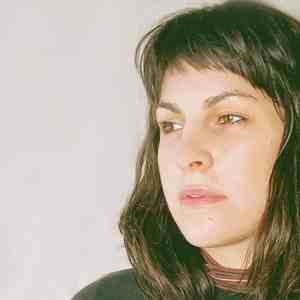