Waltzer is much more than Sophie Sputnik’s band name. It is an umbrella which underneath stands an alternative-rock songwriting perspective, a host of sonic influences breeding variety and playfulness, an artist community brought together through digital touring and a desire to keep Sputnik herself on her toes with creative expression and ingenuity.

The Chicago based musician told American Songwriter the debut album, Time Traveler, leaps out and shouts ‘hello’ to the songwriting community and artist industry, bringing all the facets of the brand out in multiple avenues. Eclectic, and at many points surprising, the 8-track record flirts with the line of contrasting sonic emotion and lyrical content.

“I really wanted to get a sound which comes off as a little uneasy, it’s a little mysterious and dark,” Waltzer says. “But a lot of the lyrics are about falling in love, about being obsessed with somebody or wanting to overcome love or not feeling like you have value.”

Some of the songs that made their way onto the final cut of Time Traveler were written up to 10-years-ago, according to Sputnik. The album truly acts as a collection of ideas, both sonically and lyrically, that have been stirring in Sputnik for quite some time, as well as a representation of all the influences the writer says she intakes.

By utilizing a band name rather than her own, Sputnik explains the field for exploration and continual re-definition is wide open and free, not tied down to a specific persona often attached with name connected solo work.

With the freedom of an open ended brand, Sputnik also began Waltzer TV, a collaborative effort working with venues across the country to schedule live-streamed concerts. Each episode includes much more than live music, acting as a variety show rather than a simple concert with sketches, poetry, rap performances, and many other art mediums.

With Time Traveler released under Waltzer, Sputnik says the songs were finally able to reach their full potential—finally ready for release.

Sputnik notes how coming to terms with her anxiety, and the way it impacts her perspective on the past, present and future, plays a big role in the heart behind her songwriting, and therefore, the ideas she hopes listeners will consider while experiencing Time Traveler.

“A lot of anxiety for me is not being present, it’s obsessing over childhood and traumas and the past, and then also really going far into the future and obsessing over outcomes and living in between those two places,” Sputnik says. “‘Lantern’ was really therapeutic for me to write about that feeling, about not being able to focus on what’s around me, always chasing after something. Trying to get to an outcome really takes the joy out of it, but writing that song was so liberating, even just to yell that I was feeling that way.”

The record title track refers to that exact idea, Sputnik says. The human brain, sometimes wreaked with anxiety, has so much power to move awareness away from the present and into the future, sometimes to unhealthy levels, according to Sputnik, an experience also called “future tripping.”

“I think a lot of us do it, and I’m not even saying to be shameful about it, but I’m more so curious about it,” Sputnik says, “and the fact that we are so powerful, that we can blast off into the future, we can time travel whenever we want, and that sparked an interest in me too.”

Sputnik is currently gearing up to debut Time Traveler via a Waltzer TV broadcast February 25, which the songwriter explains is a fitting Waltzer debut as the “show” is not just an album debut, but an entire movie, crafted in partnership with local venues and artists in Chicago.

While Waltzer finds a fitting path as each new project surfaces, Sputnik says she hopes Time Traveler launches her into a new phase of industry connection and opportunity, as well as rejuvenating her songwriting inspiration, always finding new layers to uncover and rebuild as her creativity shifts and expands. 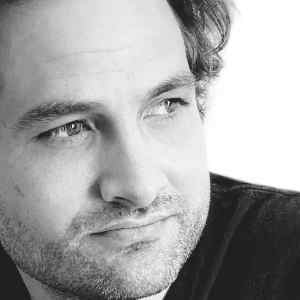 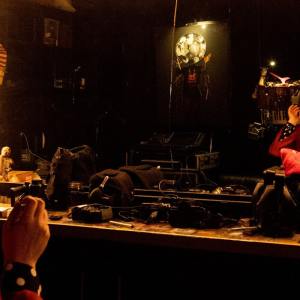