When Stevie Knipe uprooted their life and moved back home, failure seemed stifling. Yet, as the Adult Mom singer/songwriter has come to learn, those three to five post-college years changed everything. The gap between 22 and 25 can be confusing, as you bumble about trying to figure out who you are in the world as a full-fledged adult. You juggle a growing mountain of unpaid bills on the kitchen counter, a thankless 9-5 job, and a dating scene that feels vapid and tired. Undergoing such a transition, Knipe collects up various fragments of their life, from chronic pain to heartbreak, and glues them together in the form of a new record.

Driver, co-produced with Kyle Pulley, specializes in emotional and physical currency, both jangling into one another, through Knipe’s most evocative storytelling to-date. “This record is a footnote of a certain time in my life. It’s all wrapped up in a box. By the time we started recording, I was slowly emerging from that space,” Knipe tells American Songwriter over a recent phone call. “I was learning how to be in a more positive space. It’s about patience. [I went] to a lot of therapy and then figured it out.”

Only half-joking, Knipe adds, “This record wouldn’t exist without my therapist. It’s not a record I wrote in spite of having therapy. They worked very much alongside each other.”

Knipe began actively writing for the record nearly five years ago, with the intention of releasing on their former record label Tiny Engines. Driver was completed in early 2019, but in a series of tweets later that year, Knipe accused the label of breach of contract regarding “payment schedules and statements,” they stated.

So, the album sat on a shelf as they shopped it around town, hoping to find a new home on a much bigger label. Then, Epitaph Records stepped into the picture “at the last possible second. I swear, it was right before we were about to put the pre-order code in for the vinyl,” Knipe says with a laugh. That was last February, and of course, the pandemic postponed things even further.

Finally out in the world, Driver is a beacon of hope, an elastic and brightly-produced storyboard drenched in pain, uncertainty, and plenty of Neil Young-ripping guitar. It’s as much a showcase for Knipe as it is for musicians Liv Battell (drums) and Allegra Eidinger (lead guitar), whose work only seems to be getting sharper and more striking with each release. 10 songs also seem to operate as a makeshift soundtrack to a queer rom-com, specifically when the credits roll and you’re left wondering: so what happens next? “I’m a rom-com freak. I love every Nora Ephro movie. It was interesting to me how they get together at the end, and then we don’t know what happens next. The post-college space can be similar after a breakup.”

All these moments, not unlike rays of light, come crashing down together through a prism of Knipe’s own making. At its core, Driver swerves along perfectly dotted lines about slipping into adulthood in the modern age, the beauty that can be uncovered in absolute ruin, and how identity is an ever-evolving part of our lives.

Opening song “Passenger” takes both the literal meaning of navigation and the figurative, intertwining them with prickling acoustic guitar and Knipe’s woodsy vocals. “In a relationship, there’s always the ‘driver’ in a relationship ─ not in terms of everything, but literally the one who gets in the driver’s seat when you’re going somewhere together. I was reflecting, and in a bulk of my relationships, I was always in the passenger seat, literally, but also metaphorically,” they explain. When they finally got a license, literally enabling them to drive whenever they wanted, the song saw a colossal shift and opened upon a wider meaning. “It’s not just about that person driving you places. That has a power in and of itself,” they remark.

In similar fashion, Knipe wields an emotional anvil right into the heart with “Regret It,” perhaps their most piercing vocal performances to-date. I was amazed you would treat me this way / I thought you were a grace, they sing over the gentle cry of guitar. Thought you were a saint, and now it just hurts / To think of you that way.

It isn’t surprising that the song was recorded live with both the vocal and guitar takes, performed at the same time. Knipe wears their hurt like badge of honor, stitched right into the skin. “We were fighting about it in the studio,” they note about the recording process. Their collaborators were wary Knipe would be able to accomplish the feat in one take, and fortunately, Knipe not only “won the fight” but nailed the performance “in the second take.” What you hear on the record is Knipe digging tenaciously into the furthest stretches of their soul and excavating a jagged piece that simply glitters in the sun. “This song is one of the most emotional I’ve ever written, but also the only song that’s an actual ballad.”

Driver winds through the rustic countryside, Knipe’s voice lurches like a needle through rough, dusty fabric, and culminates with “Frost,” a rocky framework around chronic pain and fear in love. “The more I think about it, I was going through the early throes of trying to figure out why I was in pain all the time while I was making this record. That was an interesting relationship to what I was feeling otherwise. I was intentionally single for the first time. I was such a serial monogamist. It got to the point where I was just so comfortable with my chronic pain because I understood it and knew it. And it was such a constant in my life ─ and I was always so comfortable with being alone and isolated. It had become all I had known at that point.”

“When I was conceptualizing getting out of pain even, or getting out of emotional pain and being with somebody else, it was this super overwhelming thing I felt could never be achieved,” Knipe adds.

Well, Knipe appears to step out of that mental and physical haze, far more self-assured and tenacious, with Driver. They not only work through immense personal miseries but has learned to fine-tune the songwriting itself. In the aftermath of 2017’s Soft Spots, the band’s last full-length record, Knipe began to “understand more about the craft of songwriting and take it much more seriously,” they reflect, adding, “I’ve been trying to be more intentional.”

“One of my big goals was to write a bridge. I had never put one in a song before. The way I came about it was really natural. It was a shock to me. I was upset with fixating on trying to write a bridge that sounded good. It’s a big pet peeve of mine in music, in general, when there’s a bad bridge. I was obsessing over it.”

With “Berlin,” containing their first ever bridge, Knipe alights on quite “an accomplishment” in their career. “The people who can write an incredible bridge are the most talented songwriters to me. I know she gets a lot of heat but Taylor Swift writes the shit out of a bridge. I feel like I tried to learn so much from her in that way. My whole life has been spent studying song lyrics and songs, casually, but I’ve definitely been trying to be more of a student while I’m listening.” 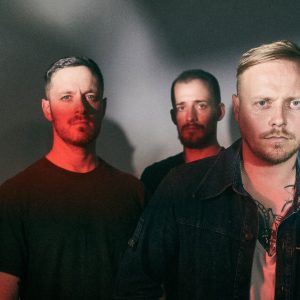 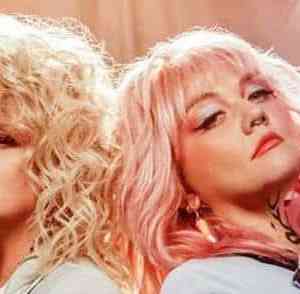