When several years manage to lapse by on the calendar for an artist, between one album and the next, the wait can end up working well in or out of their favor. The outcome largely depends on what kind of impression the prior release gave, how long of a period fans are left to wait, and how silent and-or cryptic the artist chooses to be along the way. In the case of Melanie Martinez, the answers to all of the above leave her with nothing but favor and positive potential leading up to the release of new EP, After School, which is both a standalone record and part of the deluxe version of Martinez’s critically acclaimed sophomore LP, K-12 (Atlantic, 2019).Despite the fact that After School is brand new and K-12 – both the album and the accompanying feature film – are just over a year old, the underlying themes of each feel not just complementary to each other but also entirely complementary to the present day affairs of 2020. It’s as though both projects are timely, reactionary art.

After School itself leaves much in keeping with Martinez’s established sonic profile – a cornucopia of melodic, unconventional, playful tones from instruments and sources that fall well outside the current guitar and laser synthesizer driven pop-paradigm (Emphatic water drips, rolling glass, the scribbling of a pen and flipping of pages are just some of After School’s intriguing facets of sound design). This much is an enjoyable and welcome slice of recognition within Martinez’s unorthodox artistry on the new seven song EP. Additionally, the record’s “in-universe narrative” continues to align with the world gradually built around Martinez’s debut character, Crybaby, which previously explored scenarios common to spaces of the greater public. Yet, even with so much embrace of continuity up to and including now, Martinez has proven herself to be a detail-propelled creator who doesn’t draw the line of her creativity at loose Easter eggs and macro thematics. As such, there’s an abundance of curiosities that leave Martinez’s After School experience as anything but a cliché special.

American Songwriter: Seeing as you’ve embraced thematic songwriting since your last album,with After School being released as a standalone record and a special add-on to the new deluxe version of K-12, how might you suggest new folks take in the EP?

Melanie Martinez: “The EP is much more personal and steps outside of the Cry Baby character box for a moment, which I’ve yet to do. It can be scary to be vulnerable like that in songwriting after only ever writing through a character lens prior.”

AS: Do you feel After School has more of an impact heard on its own or in sequence with the rest of the music? Do you feel it affects the listener experience one way or the other?

MM: “I think listening to K-12 and then After School is a great way to see the evolution between ideas and thoughts, as well as my growth of confidence between songs.

AS: Given that it’s only been a year since K-12 came out and knowing that project embraced some very real and pressing societal issues, were there any more recent societal topics that directly sparked or otherwise shaped the creation of songs on After School? If so,in what ways did they manifest on the EP? Were you inspired by anything in real time?

MM: “I think this year my eyes were opened up even more to the oppressive systems we are conditioned to abide by in every field and area of life, which inspired me to write “Numbers”.”

AS: How did you deal with writer’s block when you were composing After School? Now that your music is thoroughly intertwined with not just an established “universe” but also a form of thematic song structure, there must be moments when the ingrained constraints of your chosen theme make breaking out of a rut more difficult than it might be with a more freeform approach to songwriting?

MM: “Yes, it is true that I do limit myself sometimes by sticking closely to a theme. On the other hand, I also feel like it helps challenge me to think outside the box of the initial ideas that come about when first recognizing a potential concept. It is rewarding when I can bring a song to a new place by discussing a topic I’ve never written about, and still carry the double meaning within the general thematic storyline.”

AS: How much has working so heavily with visual media – for both your film and many music videos – influenced your creative process as a musician and artist? Do you often find yourself envisioning new music with a visual counterpart rather than as just an aural experience?

MM: “Right now I’m in a new place of wondering if I should finish writing the script for my film and then write the music/album as the score over it, or do what I did with K-12 and write the music first then finish the script. I’m very conflicted, but I assume I will work on both simultaneously till it gets finished.”

AS: As someone who has worked extremely hard to gain the kind of far-reaching and impressive opportunities to create and perform that you have, what was it like for you to now put together a new project amid a physically separated, isolated, and uncertain world, as a result of the pandemic?

MM: “It’s definitely a different feeling but nonetheless my goal, which will always stand as putting out music that can help people find some sort of comfort & healing, seems to be heightened now that so many people are dealing with so much on a daily basis. I hope that this EP brings light and a moment of recharge for the people listening.”

AS: Where do you see your songwriting direction heading next? Do you feel content to keep turning to thematically driven structure and conceptualization or is After School a point of closure for that creative method?

MM: “All of my albums/films will be themed & any future EPs will most likely be more personal, less linear, and more so just personal expressions of my current thoughts/emotions in that time period.”

The deluxe version of K-12 and the After School EP is available now.
Check out the new music video for “The Bakery” below: 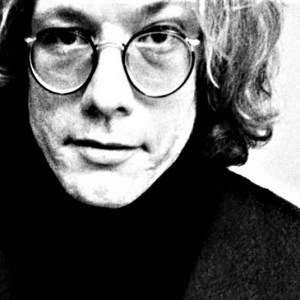 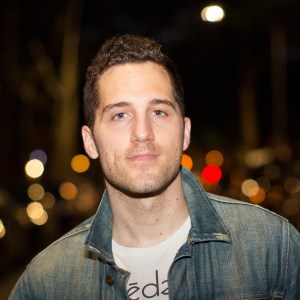