Against the Current has been churning out pop-centric singles while climbing radio charts and building a fanbase of millions over the years. But after the release of their previous full-length Past Lives, they experienced issues in the industry and in their own lives that forced them to ask hard questions about their future. They were ready to give up.

With the release of their first new material since Past Lives, a single “that won’t save us,” the band made up of Chrissy Costanza, Will Ferri and Dan Gow have regained their voices, standing against all that was infiltrating their lives and their band.  The new single out now, is a recalling of their prior days, before they got caught up in the flashy side of the music business, when they were just kids dancing around their bedrooms to Taking Back Sunday.

“But we shed a lot of dead weight in 2019 and we started this path of regrowth, rebuilding and rebirth,” she continued. “‘that won’t save us’ was the first time that I was able to talk about that feeling of what we had been doing wasn’t going to fix everything. And the fact that we didn’t need to fix it. It wasn’t just about shedding bad behaviors or bad relationships, it was about creating good ones and rebuilding a lot that we had burnt down.”

As a young band in the pop scene, Against The Current was prone to unfortunate business relationships and people that sought to benefit and were all too quick to take advantage of a young, successful band.

“There came a point where we kind of needed it all to crumble to realize that we needed to all take a step back and like look inside of ourselves and grow up a bit and take things into our own hands,” she added. “I think there was a lot of people that were speaking for us as we grew up because they thought, ‘oh they’re kids, we’ll handle it, we’ll talk to everybody, we know what’s best for them.’ And we never learned what was best for ourselves, and how to speak for ourselves. So learning that and learning what we wanted with just the three of us, without anyone else telling us what we wanted, was really important and I think it was the key to rebuilding the band as it is now.”

After regaining vision and control over their art, Against the Current had to ask what kind of band they wanted to be.  Instead of returning to their former pop-tendencies, cemented by hits like “Strangers Again” they wanted to build from the pop-punk and rock influences that inspired them to start the band 10 years ago.

“With everything just kind of rebuilding we were kind of sitting there with like a blank slate,” bandmate Will Ferri said. “And despite everything in the industry making you think that you want all these shiny other things, what we really wanted at the end of the day was what the band was in the beginning. It made the most sense. It was so much simpler. We had a guitar player we had drums, we had bass. And we can fill in all the spaces in between that so that everything builds, naturally.”

Seeking out a studio counterpart to realize the band’s rebirth as a more rock-leaning group, was a primary concern for the band and pop-punk producer Matt Squire fit the bill. Starting over with new intentions and control, Against the Current turned off the auto-tune and heavy programming for a moment and returned to building material that would translate well live. Not wanting to sound like a completely different band live than they were on the records, Squire fostered their desire to track live, giving them the raw edge, they were looking for.

“that won’t save us’ was the first song in a very long time, that was built off the back of like live drums and guitars, which hasn’t been the case in a long time and I feel like that, that kind of organic nature of the song,” Ferri said. “And Matt was definitely very in tune with the band dynamic. So, it was nice to kind of get back to the way we used to do things. And it took a minute to kind of get comfortable with it, but he helped a lot.”

Costanza’s focus on the new single and material as a vocalist was to make music that translated equally in both live and studio settings without having to re-write the songs and have alternate versions. Tracking live allowed them to bridge that gap, ultimately merging their sound into something more authentic and honest. And Costanza reassures fans that they’re not abandoning their pop pastimes of recent years but will be using it more as a formula and less as a style.

“Pop influence will always be there melodically, because if we look at any of our favorite like rock bands like Taking Back Sunday, the pop intricacies in the music is what makes those songs stay in your brain,” the vocalist said. “And I think there’s always something to be learned from pop music. But I think the soul and the identity of our band is always going to be rock and it’s energetic rebellious nature.”

Against The Current has some more music produced with Squire coming soon, that is promised to continue down the stylistic road they have shown with “that won’t save us.”

“There’s a really cool story behind the next song so I’m excited to share that because it was another one that was a ‘defying the odds’ moment,” Costanza said.

Check out “that won’t save us” here on American Songwriter and stay tuned for more rock anthems in Against The Current fashion, soon. 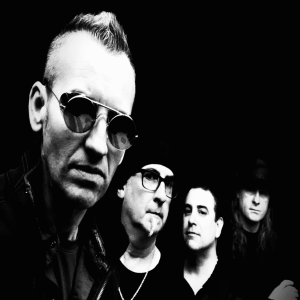 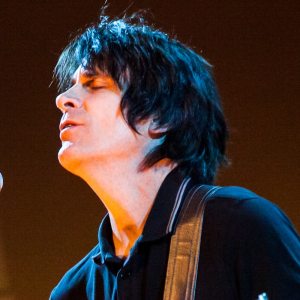