He’s fairly low-key, the guitar player to the right of Sir Paul McCartney at McCartney’s live shows. Most people watching guitarist Rusty Anderson have no clue that he’s a world-class musician, a well-known part of LA’s rock history in the ‘80s and ‘90s, and a successful session musician who’s played for some of the biggest names in the world.

Starting as a teenager with the LA band Eulogy, Anderson went on to play for the critically-acclaimed band Living Daylights before a five-year stint with Ednaswap, best known for the song “Torn,” which later became a worldwide hit for Natalie Imbruglia. He went on to work with Elton John, Miley Cyrus, Michael W. Smith and numerous other A-listers, in addition to landing his day gig with a former Beatle.

Of course, manning the lead chair with Sir Paul for nearly two decades would be a dream for any professional musician, one that would seem completely out of reach. But ever since Anderson got the call to work on Macca’s 2001 album Driving Rain, he’s been a member of the band.

“Playing with Paul has been hyperbolically life changing in so many ways,” Anderson said by phone from his native Southern California. “I feel incredibly lucky. From playing shows all over the world to recording at Abbey Road, to the beautiful camaraderie of the band, etc. But at the heart of it is Paul, the same musical genius that started inspiring me when I was five years old. It’s still a little bit of a wonderful mind f**k.”

Anderson has also become known for an approach that some think is inspired by surf music, because of songs like his own “Cat Box Beach” from his Undressing Underwater album, and his solo on Ricky Martin’s megahit “Livin’ la Vida Loca.” But he said that neither song was inspired by the SoCal surfing life. “‘Cat Box Beach’ started off as a Bach concept played with a rock beat,” he said. “I realized it sounded suspiciously like a surf song so I just let it go in that direction. When I recorded it Stewart Copeland from The Police came in to play drums. We were in a band together called Animal Logic. In fact, he played on another song of mine coming out soon. We put a reggae section in it because Stewart was drumming, I mean, you gotta do it! So that had a strange evolution.”

“‘La Vida Loca’ was a demo,” he continued. “I recorded the guitar at my studio. My friend [writer/producer] Robi Draco Rosa asked me to put some guitar on some sections that were blank slates. I was thinking more of a James Bond vibe actually. But I kinda liked the way it counter-balanced the song. I threw it down quickly and recorded the guitar direct. I didn’t have a reverb to print that I was happy with so I figured the mixer would have the perfect reverb in mixdown. That recording turned into the single. When I heard it on the radio, I was shocked that they left it dry!”

Anderson utilizes various guitars in his work, but he is well-known for playing a Rusty Anderson Gibson Signature ES-335, built by Gibson Memphis to emulate the look and feel of a 1959 ES-335, with a pair of custom-spec PAF pickups, nickel hardware and a dark rosewood fingerboard. Instead of being a shredder as so many of his peers were and still are, Anderson is known for his attention to what works best for the song as much as for his great chops. He said that he’s been influenced by many of the same guitarists as his peers, but he’s also listened to a lot of classical music and can read music fairly well.

“My biggest guitar influences were Mick Ronson, Steve Hackett, Jimi Hendrix, George Harrison, Jeff Beck, Jimmy Page, etc.,” he said, “but also jazz players like Wes Montgomery and sax players too. I also would transcribe things from piano to guitar, which obviously changes one’s thinking. When I was about 15, my band Eulogy started playing shows with Van Halen. Eddie was playing a 335 back then. He was a lovely guy, kinda shy but friendly. He came to our shows, and we would go see them. I watched his evolution. When he started playing his Strat, he became supercharged all of a sudden and transformed into what he became known for. He was absolutely inspiring to watch. I even know of some fine guitarists that quit after seeing him back in the day!”

“I quickly realized that it would be a death spiral to emulate him like I saw so many other guitarists do,” he continued. “I continued to carve out my own melodic sense and direction. Always searching for the lost chord, mysterious sound or hopefully something a little different. I always dug The Who’s background vocals as well as The Beatles, Beach Boys, etc. And I’m still always searching for a new combination. Anything to make the song better I guess.” 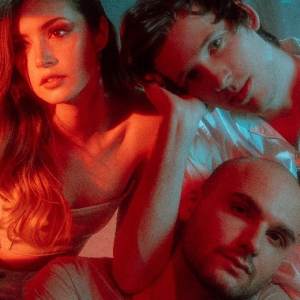 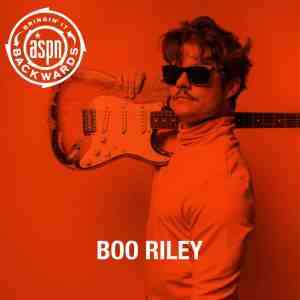