In one of the most memorable audition moments on America’s Got Talent stage, contestant Jane Marczewski, who goes by the stage name Nightbirde, won over the hearts of the judges’ panel and global audience with a well-deserved Golden Buzzer in June. The 30-year-old Ohio native, who performed an original song about her fight with cancer, “It’s OK,” shared that “last time she checked,” she had cancer in her lungs, spine, and liver.

But, her astute optimism penetrated the grim despair that fell over judges Simon Cowell, Heidi Klum, Howie Mandel, and Sofia Vergara. She explained, “It’s important that everyone knows I’m so much more than the bad things that happened to me.”

Her prognosis is dire. After her audition, the Golden Buzzer winner disclosed she only has a two-percent chance of surviving. On August 2, just eight days before she is due back in Los Angeles, Nighbirde posted a heartbreaking announcement on social media:

“Sharing my heart with the world on AGT has been an honor and a dream come true,” she wrote. “My point of view this summer has been astounding. What a miracle that the pain I’ve walked through can be reworked into beauty that makes people all over the world open their eyes wider.”

The post revealed her newly bald head, indicating that her cancer has taken a turn for the worse. Likely receiving chemotherapy treatment again, Nightbirde shared that the time she hoped to spend on the show is now occupied with the fight for her life. Devasted, she shared, she will not continue forward on this season of the talent contest.

“Since my audition, my health has taken a turn for the worse and the fight with cancer is demanding all of my energy and attention,” she wrote “I am so sad to announce that I won’t be able to continue forward on this season of AGT.”

Yet, her characteristic optimism shines through even from the darkest corners of her battle. She concluded her announcement on a high note. “Life doesn’t always give breaks to those who deserve it—but we knew that already,” she shared. “Stay with me, I’ll be better soon. I’m planning my future, not my legacy. Pretty beat up, but I’ve still got dreams.”

America’s Got Talent returns to NBC on Aug. 10. 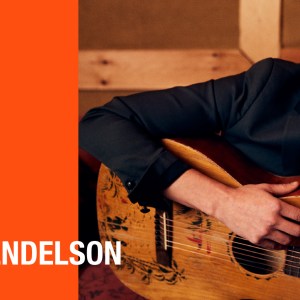