After sharing a devastating story about losing his wife, Christina, in the same helicopter crash that killed Kobe Bryant, his 13-year-old daughter Gianna “Gigi” Bryant, and several others, Matt Mauser puts his heart into a performance of “Against All Odds (Take a Look at Me Now)” by Phil Collins on the July 6 episode of America’s Got Talent.

Mauser and his wife were both school teachers until a few years ago when they quit to allow Mauser to pursue his lifelong dream of becoming a singer. Christina started a job as an assistant basketball coach at the Newport Beach school where Gianna Bryant was a student.

“When she left that day, she kissed me, and she said, ‘I love you,'” the 51-year-old contestant recalled of his final moments with his wife, Christina, before her passing in January 2020. “And that was the last thing my wife ever said to me. Your whole life changes in a second.”

Matt and Christina’s three children were at the audition to support their dad from the wings of the stage and cheered their father on throughout his performance. Mauser held back his emotions throughout the song, until he was met with a standing ovation from the entire audience and all four judges —Simon Cowell, Heidi Klum, Howie Mandel, and Sofía Vergara.

When asked by Simon Cowell what he’d like to get out of being on AGT, Matt considered the question for a moment and said, “I’d like to make sure that my children see that, in spite of the grief that we’ve been through this year, that that grief is not going to define who we are as a family. And that my children see that you have to find joy in life and you have to continue.”

He added, “And if this can anyway help my children to chase their dreams, then I’ll take it.”

Mandel told Mauser that his wife is always nearby, noting that her family is her legacy and adding that his audition was her legacy. “And on behalf of your wife and everybody in America I’d like to give you your first yes,” Mandel said before the other judges also voted Mauser through.

Judges Cowell, Klum, and Vergara joined Mandel in voting yes, passing they widowed father of three into the next round of the longstanding television competition.

Tune into next week’s episode of America’s Got Talent on Tuesday, July 13 on NBC. 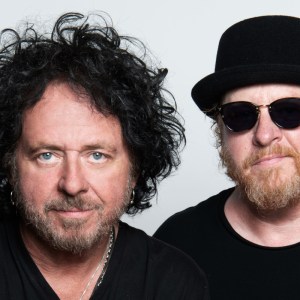 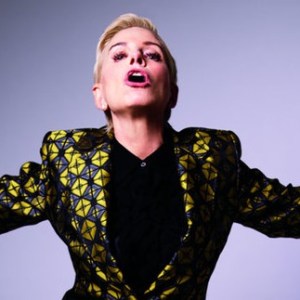