When the coronavirus struck, inspiration hit – at least for the brothers of AJR. While some people are spending their time in social isolation making TikTok videos or watching Tiger King, Jack, Ryan, and Adam Met are busy creating new music. And the inspiration, says Ryan, is really flowing.

The trio released its latest single, “Bang!” on February 12th, with a music video to accompany it. “That was a cool release for us,” says Ryan. He tells American Songwriter, “Every time we put out a song, we try to stretch ourselves a little bit. We try to reimagine what AJR’s sound is.”

For their newest track, the guys say they went very heavy with the brass and tried to create the feeling of a movie villain entering a scene. They then focused on crafting a song around that, while also making it a little fun, and empowering, and trap-ish. “It was a stretch for us,” explains Ryan, who reveals that whenever AJR has taken a risk and had people react well to it, they are thrilled. And so far, “Bang!” has garnered over 12 million Spotify streams.

“That’s a big theme in a lot of AJR’s music. We tend to try to cling to our childhood a little bit,” says Ryan. He jokes that sometimes that’s a great thing and can help you go off the beaten path, and sometimes it can inhibit you from growing and becoming a normal adult. “We wrote ‘Bang!’ about this moment where you’re trying to do all of the things that you watched your parents do, like pay taxes and eat healthy food, but you don’t yet feel like an adult,” he explains. “It’s that feeling of knowing it’s inevitable, it’s coming, you’re gonna grow up at some point. So you might as well lean into it and go out with a bang.”

Having gotten back into writing mode with their latest release, the guys are now focused on their next album.

“It feels like just as much work to create our tours as to create our albums because we try to imagine the tour as a Broadway show meets a movie meets a concert with a lot of theatrical elements. And so it really takes as much creativity,” Ryan explains. So after finishing up the shows behind 2019’s Neotheater, the band felt “creatively spent” and out of ideas. However, when the coronavirus ordered them into a state of social isolation, Ryan and Jack decided to use the time holed up in their shared apartment to explore some new material.

“We decided to every day constantly write and produce songs. And so it seems like now we’re gearing towards making the next album,” says Ryan.

“Ryan and I actually share an apartment. And this is where we actually write all of the songs that we’ve written so far for the last album, so it hasn’t really been that big of a change for us,” adds Jack. The only difference, he admits, with a laugh, is that being forced to stay indoors means a lot of writing sessions in sweatpants and pajamas.

AJR likes to create songs around things that are largely unaddressed. “When we did our album The Click, we decided, ‘let’s write a lot of songs about things that have never been written about before.’ And so that was the conceptual goal of that album,” says Ryan. So the guys wrote tunes about the television show The Office and marijuana legalization. On Neotheater, the band took more of a “three dimensional and subtle” approach and now, they are continuing on with striving to write outside of their comfort zones.

“It’s been an interesting task, but I think we’re actually making some of the best music we’ve ever made. Because we have to think, ‘okay, how, subtle can we be? How nuanced can we get in talking about social dynamics instead of the most obvious thing you can think of?’” Ryan says.

Jack explains that right now, AJR is “at the point of just writing songs that we’re really excited about. So, early next year, we’ll probably have something that we’re excited about as a whole.” And the main mission, for now, is to “continue to address things that people haven’t really talked about before in sort of a quirky way.”

But that doesn’t mean the brothers are ruling out addressing the coronavirus in a song. Jack says he’s been thinking about this recently and may have an interesting angle. “I think that there’s a way to do a coronavirus song in an AJR-ish way that could be a little bit emotional — kind of the thoughts that come to you when you are isolating. I think this entire situation paints a bigger picture socially and mentally for sure. So you might just hear a song about this,” he teases.

Additional song topics the band is exploring include family drama and their love lives – “small little trivial moments that could stand for something bigger and a lot of people could relate to. Also, Ryan finding love in the past few months,” says Jack.

“Yeah, that’s been a big thing,” Ryan confirms, admitting that during the Neotheater days, he was single and dating and wrote a lot about that. “And then I’ve found someone and so now it’s this new chapter in my life that we’ve been writing about,” he reveals.

Jack says stylistically, the band’s biggest goal is to avoid falling into the trap of taking inspiration mainly from whatever is on the radio at the moment. “In today’s music climate, people have a lot shorter attention spans. They want to hear a new and newer and newer sound. So we just want to give that to them,” he says.

Ryan agrees, noting that AJR strives to exclude themselves from the pop narrative as much as they can. “I think it can be a little dangerous and a little bit of a trap sometimes when every artist gets influenced only by every other artist that’s making music right now, because then you’ll get everybody’s sounding like Drake,” he explains. So these days, the guys are pulling inspiration from genres like 1940s close harmony choirs and movie music, as well as their secret obsession with Israeli hip-hop production. “We grew up listening to everything from every decade and we have a lot in our arsenal. So we get very excited bringing in those sounds from our childhood – ‘oh why don’t we try an oboe here because that’s what the Beach Boys did on Pet Sounds and this kind of setting,” says Ryan.

And as far as the success of “Bang!” the guys are still taking it in. “We’ve been doing this for 14 years and it hasn’t at all been an overnight success. In fact, I think it’s been probably the slowest climb of any modern artists I could think of. It’s really just been one day at a time,” jokes Ryan. And thus for AJR, the recent acclaim has “felt really great.” 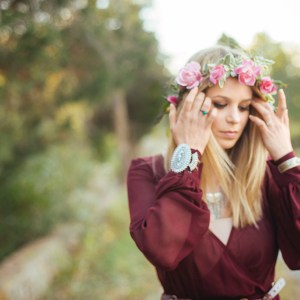 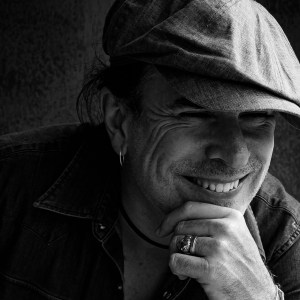