After finishing up the touring cycle for 2014’s So Long, See You Tomorrow, Bombay Bicycle Club decided it was time for a break.

“We started the band when we were 15, and immediately signed a deal when we left school,” says lead vocalist Jack Steadman, who admits that after nearly 10 years of playing together, the English indie-rockers found themselves asking: “What else is out there?”

“On top of that,” he adds, “things that were once exciting were becoming almost mundane and we felt it would be healthy to take a break and wait until we really craved it again.”

During the hiatus, the four-piece set off individually to try their hands in other arenas. For Steadman, this meant the solo album he had been dreaming up for some time, which stemmed from his love of jazz, funk and soul. “I learned a lot from playing with jazz musicians and improvising every day,” he reveals. “It taught me to not worry about everything being perfect and that some mistakes can be turned into something beautiful.”

Bassist Ed Nash also used his downtime to delve into a solo project of his own, titled Toothless, which he enlisted Steadman to help produce and Suren de Saram to drum on. The drummer then experimented with finding work as a session musician and touring with various acts, while guitarist Jamie MacColl launched a youth Brexit campaign and pursued a master’s degree at Cambridge.

Sometime during all of this, the band was reminded that the 10-year anniversary of its debut album was coming up.

“We thought it would be nice to commemorate that by playing it from start to finish at some shows,” says Steadman. And when rehearsals began, so did discussions around the possibility of releasing new music. “We didn’t want to come back with just pure nostalgia,” Steadman explains. “We never used the word ‘album,’ but one thing led to another and we ended up with 10 or 12 songs.”

Thus, the band’s fifth studio album, Everything Else Has Gone Wrong, which dropped on January 17, came together.

As a writing retreat, the band rented a seaside bungalow in Cornwall, where inspiration began to immediately flow. While he unpacked, Steadman began playing around on an ARP Odyssey synthesizer and came up with the opening section of lead single “Eat, Sleep, Wake (Nothing but You),” which has since garnered more than 15 million Spotify streams.

With a renewed sense of passion afoot, many of the tracks on the album came together rapidly. “There are certainly songs that can take a few months to crack, but all the really special ones seem to just appear out of nowhere and be finished in an instant,” says Steadman, adding that the first thing he typically plays after a period of inactivity is always special – “another reason I am a big believer in breaks, even small ones.”

To move into a new musical direction, the band – which had produced previous projects on its own and admittedly gotten too comfortable with the process – enlisted the help of Grammy Award-winning producer John Congleton. “We knew John worked in a completely different way and that there would be some healthy friction between us. I think that makes for more interesting music,” Steadman says.

The time apart and ventures into alternate projects influenced more of a collaborative spirit on this album. “We went on writing trips together where we would have our own space but also could give each other help when we needed it,” says Steadman, adding that de Saram “wrote a beautiful melody” on the song “I Worry Bout You” and that MacColl was a lot more involved in editing lyrics. And Nash, having gained more songwriting confidence by putting together a solo project, landed credits on two of the album’s tracks.

Steadman reveals that another single, “I Can Hardly Speak,” is actually an old demo from years back that was previously brushed to the side. “Ed has always championed it and played it to John, who then told us it was his favorite,” he says, noting that “sometimes you just need that confidence boost as a songwriter to have your interest in a song rejuvenated.”

Steadman credits the title track, which was actually the last song to be written, as really cementing everything together, “which is why we named the album after it.”

“Like a lot of my demos, it started with me recycling old sounds on my laptop and coming up with new chords/samples,” Steadman explains.

After taking the break, Bombay Bicycle Club deems itself stronger than ever.

“By stepping outside of it all, we now have that perspective of seeing how lucky we are. On top of that, we have all grown up a lot in the last five years,” Steadman explains. And the best part of the band’s revival, he says, is the renewed sense of excitement that all four members are experiencing.

“It feels like the first time all over again, which is a cool feeling to have on your fifth album,” he says. 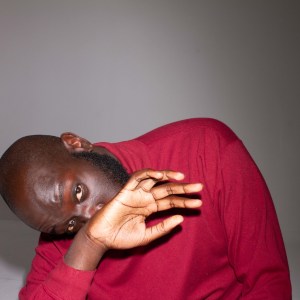 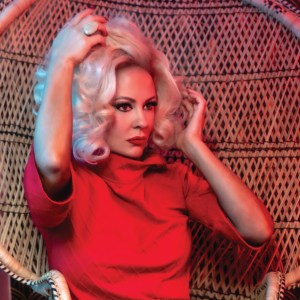